Dougie Lampkin has taken motorbike stunts to new levels in his long career. After pulling off his astonishing 60.725km wheelie around the Isle of Man TT course last year, the abandoned GreenLand theme park nearly 30km north of Milan is the latest setting for his two-wheel wizardry.

The 41-year-old took a unique approach to riding roller coasters in Italy, while he even got amongst the bumper cars to conjure up more daredevil tricks in The Last Joyride project. 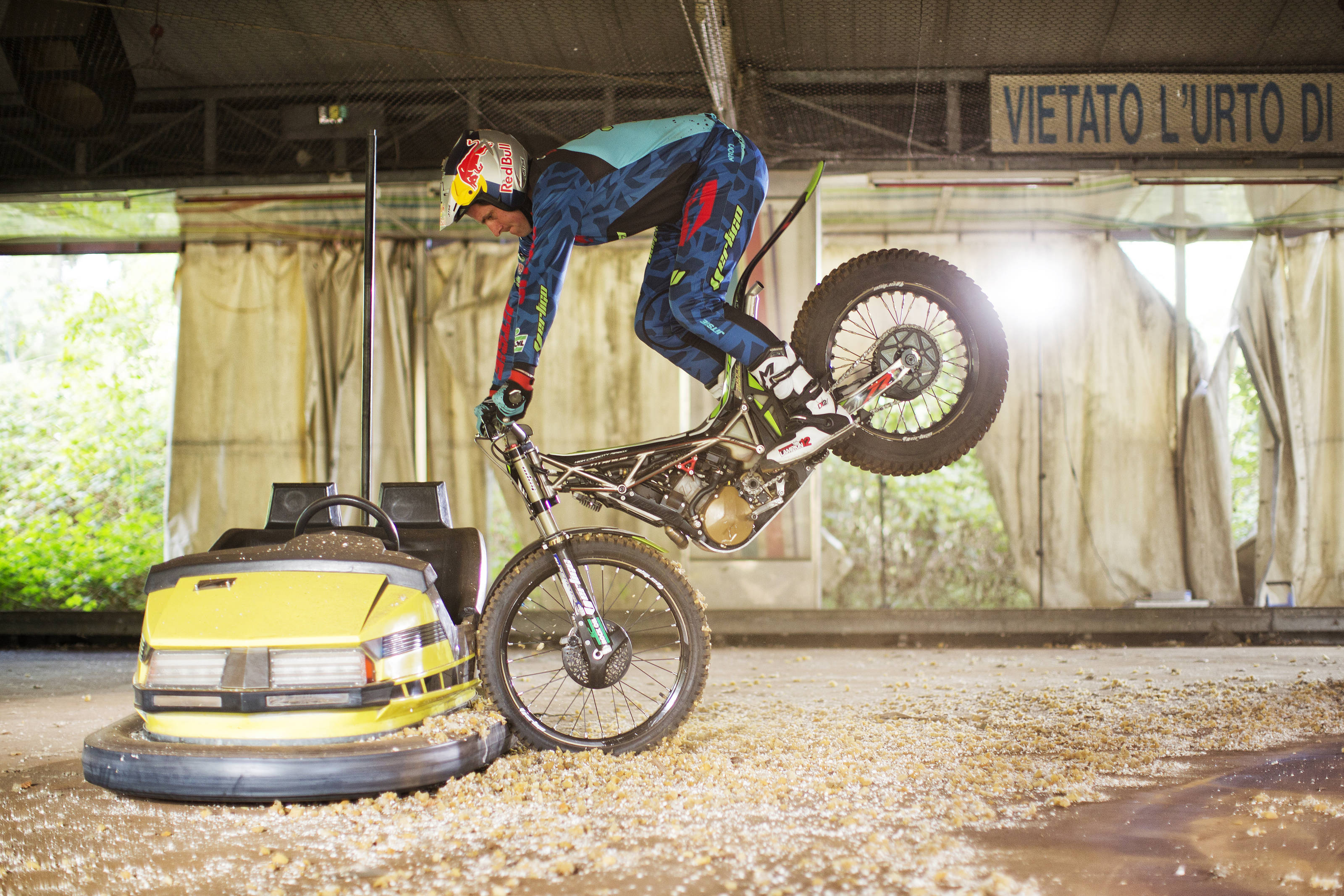 But what drives the Briton to keep dreaming up and performing these viral video hits? He said: “What matters is being able to find new places, ones that are more and more interesting and challenging. If the place isn’t open to the public, we can trace out a circuit and then work it.

“It’s not the obstacles or extreme conditions that make a video spectacular, it’s the ability of the entire team to make the most of the location for filming.”

He added: “I did need a bit [of training] to prepare for the roller coaster video. There’s no way an abandoned attraction that’s 22 metres high can’t worry you, but the team and I made it as safe as we could – even though the risk factor was extremely high.”

Be the first to comment on "Riding a roller-coaster… on a motorbike?"