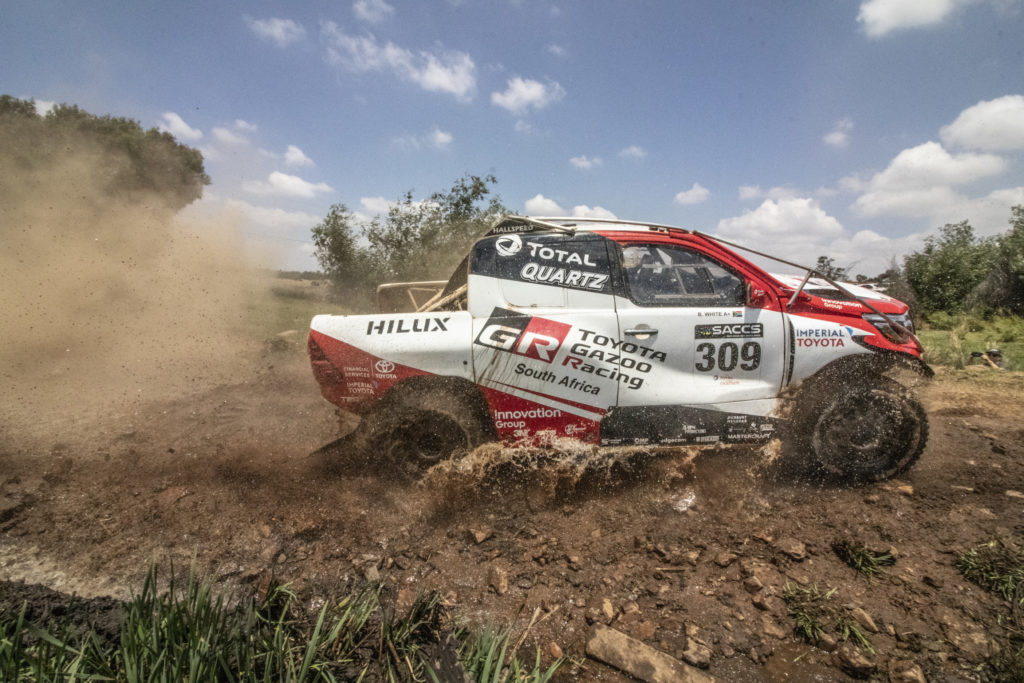 Glenharvie, Gauteng – It was a racing weekend filled with spectacular action, culminating in not only overall victory in the race for Toyota Gazoo Racing SA’s Giniel de Villiers and Dennis Murphy, but also in De Villiers retaining his championship title. The pair brought their Toyota Hilux home in first place on Saturday, 04 November, with teammates Henk Lategan and Barry White finishing in second place.

The result was very nearly quite different, as Lategan/White set the pace throughout the bulk of the race. This was the pair’s first season with Toyota Gazoo Racing SA, and they’ve proven their worth by winning the opening day of the Toyota Kalahari Botswana 1000 Desert Race, taking first place on the Bronkhortspruit 400 and finishing second in the penultimate round of the season, the Harrismith 400.

This set them up with a real shot at the championship, as they went into the final round of the 2018 SACCS, the Gold 400 in Glenharvie, with only a ten-point deficit to overall Production Category leaders De Villiers/Murphy. 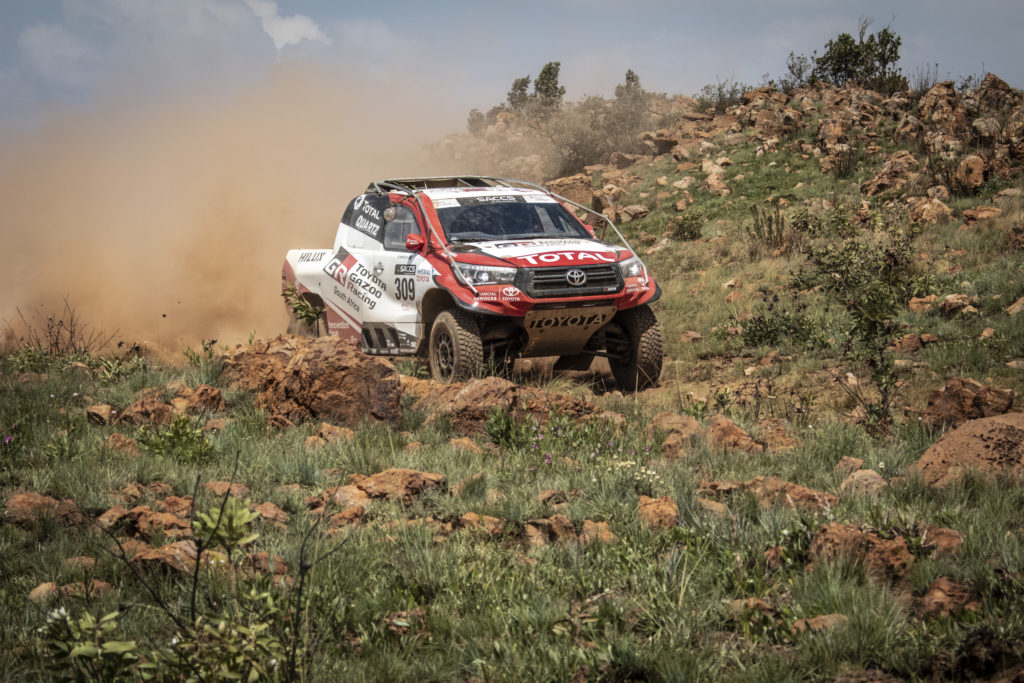 Interestingly, De Villiers/Murphy trailed Lategan/White in the Class FIA standings, due to the differences in scoring within the separate classes, versus the overall Production Category standings. So, the two Toyota Gazoo Racing SA crews were poised for a spectacular fight in Glenharvie.

First blood went to De Villiers/Murphy, as the pair brought their Toyota Hilux home 30s ahead of Lategan/White on the Friday of the race weekend’s qualifying race. On the flip-side, this meant that De Villiers/Murphy were the first car on the route for the main event – an often-challenging proposition, especially on a route as rough and technical as that of the 2018 Gold 400.

It didn’t take long for the route to take the sting out of De Villiers’ attack. Early in the opening loop, the Toyota Hilux crew suffered a puncture, which allowed Lategan/White to take over the lead – both on the route, and also in the timing.

“Henk and Barry drove a fantastic race, and we were extremely pleased with their pace,” said Toyota Gazoo Racing SA Team Principal, Glyn Hall, after the event. “It looked as if they had won the race. But a cruel twist saw them handed a five-minute penalty, which changed everything.”

It turns out that the pair had lost their way on the route while in the lead. As they struggled to find the way, they spotted one of the many bright orange markers that is used to denote the track, and headed for it – unwittingly deviating far enough from the route to be penalised.

“The car’s progress along the route is tracked electronically, and deviations such as this one incurs an automatic penalty,” explained Hall. “It was devastating news for Henk and Barry, who had really dug deep for the win this weekend.”

As a result, De Villiers/Murphy were promoted to first place, bagging enough points to win the overall 2018 SACCS title, while the Class FIA championship went to Lategan/White.

“We’re obviously over the moon with another overall title, and Giniel and Dennis worked hard to get to the top of the table,” said Hall. “Now our focus shifts to the Dakar Rally, which is around the corner when one considers the amount of preparation we still have to do.”

The Gold 400 also saw brothers Johan and Werner Horn line up to defend their 2017 Class T championship title. Things got off to a great start for the Malalane Toyota Hilux crew, as they set the fastest time during the qualifying race. But a problem with the battery saw them retire from the main race, with the result that Ford NWM’s Lance Woolridge and navigator Ward Huxtable took the championship title for 2018.

With that said, the win in Class T went to Gary Bertholdt and Geoff Minnitt, in the Atlas Copco Toyota Hilux, clearly showing that they will be in contention for the championship in 2019.

The Class S title had been decided at the penultimate round, with Nissan driver David Huddy, with Gerhard Schutte beside him in the Navara, taking the title. It was a different story at the Gold 400 however, as former champion Jannie Visser and son Chris took the Class honours in their Toyota Hilux. They were backed up by fellow the fellow Toyota Hilux crew of Archie Rutherford and his son Kent, who took second place in Glenharvie.

The performances of the all the Toyota crews throughout 2018 also gave Toyota the overall Manufacturer’s Championship. 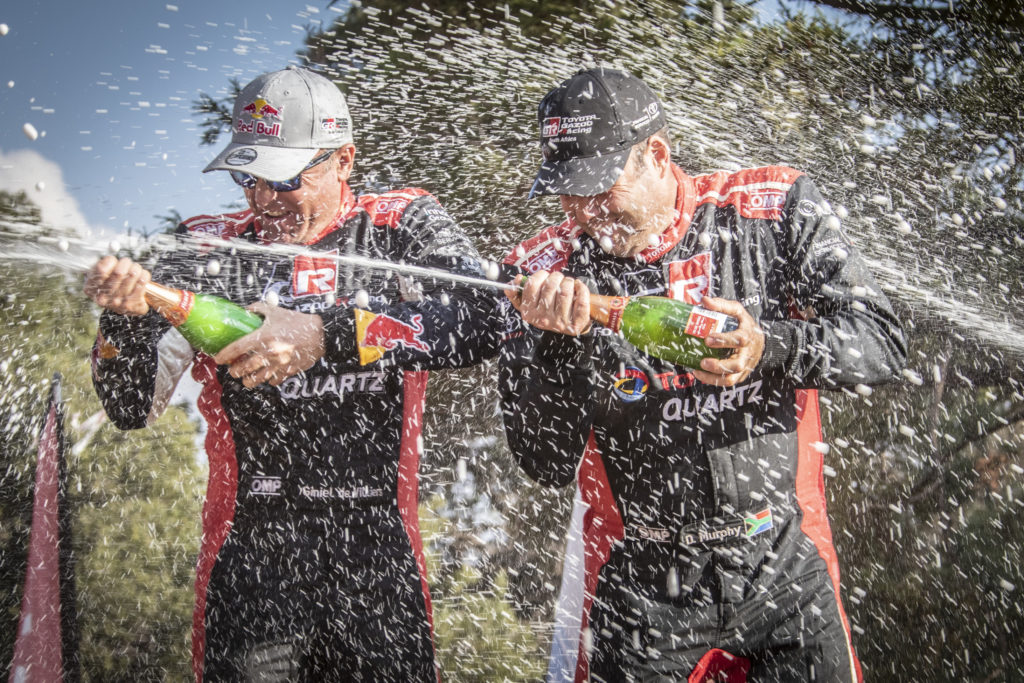 “Overall Toyota Gazoo Racing SA had an excellent season – we’re certainly happy with first and second place in the championship,” concluded Hall. “But more than that, we’re extremely proud of each and every Toyota crew racing in the SA Cross-Country Series. We missed out on the Class T and Class S titles this year, but our privateer crews put up one hell of a fight. For now, however, all of our attention will shift to the Dakar Rally.”

The 2019 Dakar Rally will be the 41st edition of the iconic event, and this time all the action will be set in the South American country of Peru. The start and finish will be in the capital, Lima, and the organisers have promised that more than 80% of the route will take place on sand and in dunes. The race gets under way on January 6th, 2019. 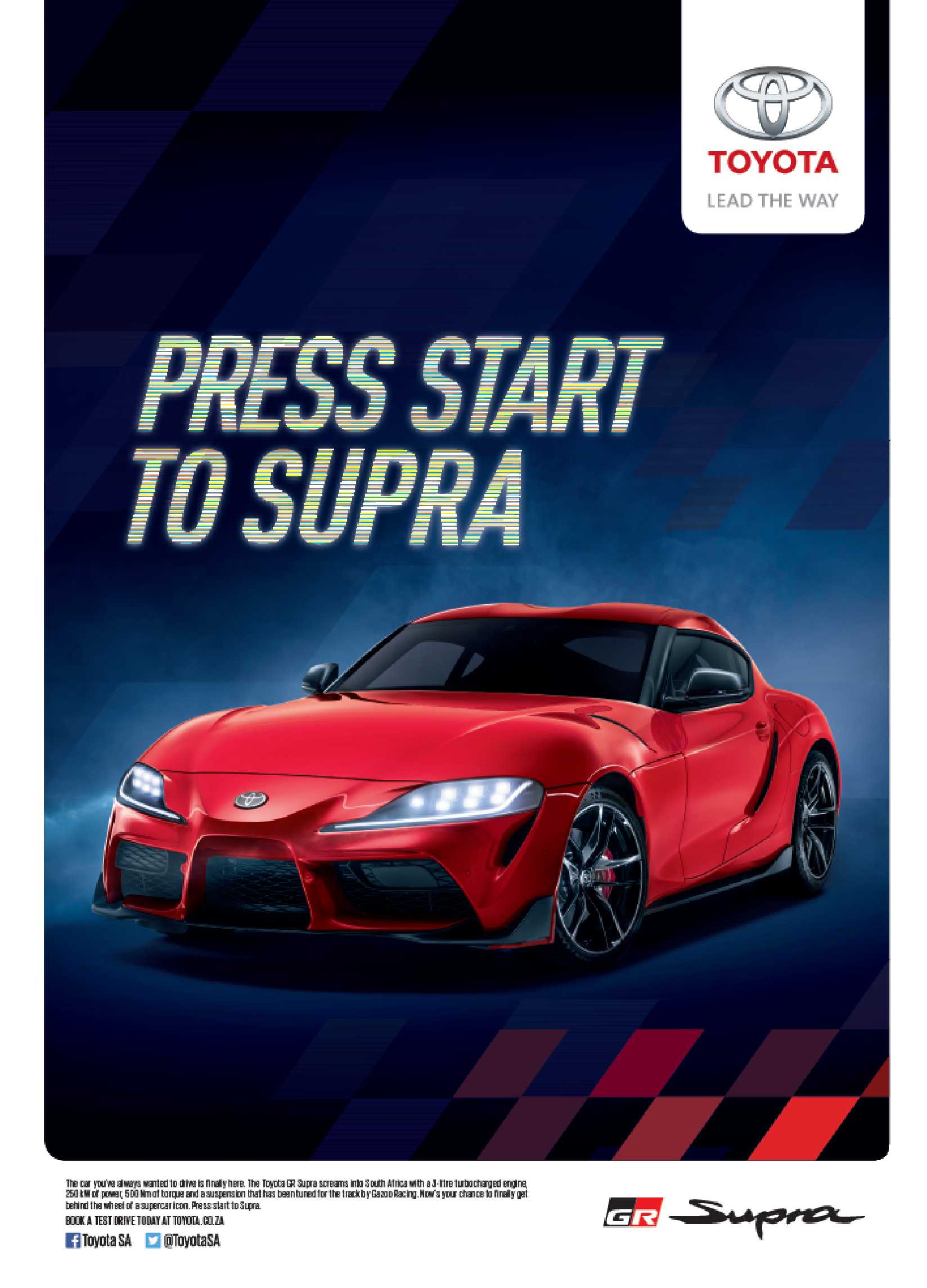 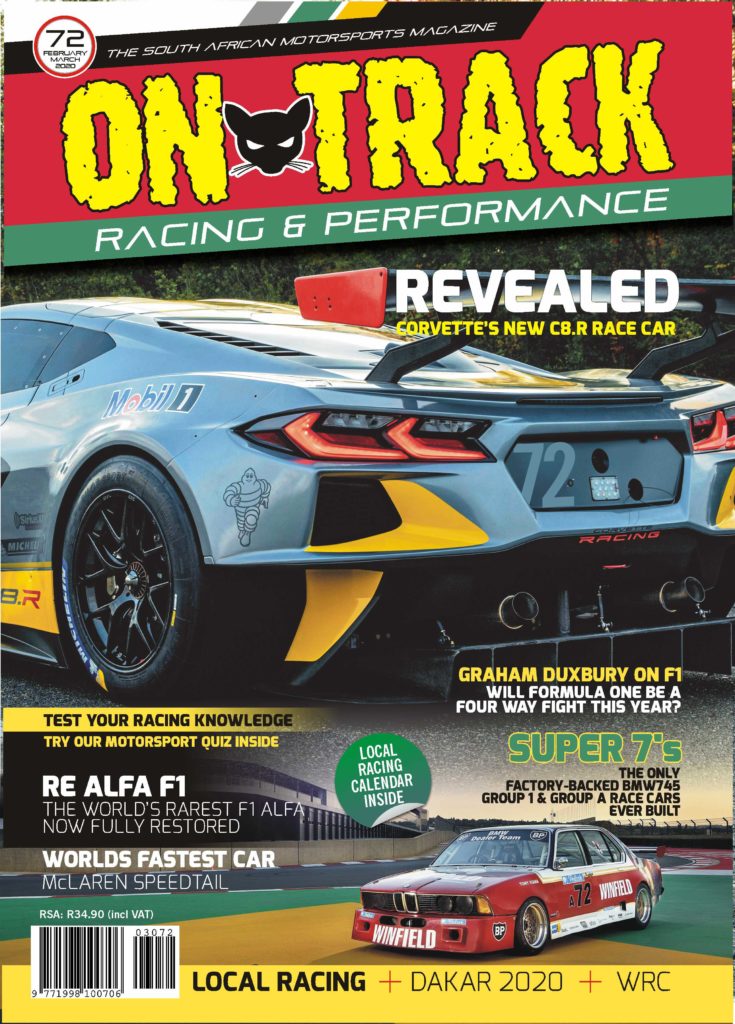 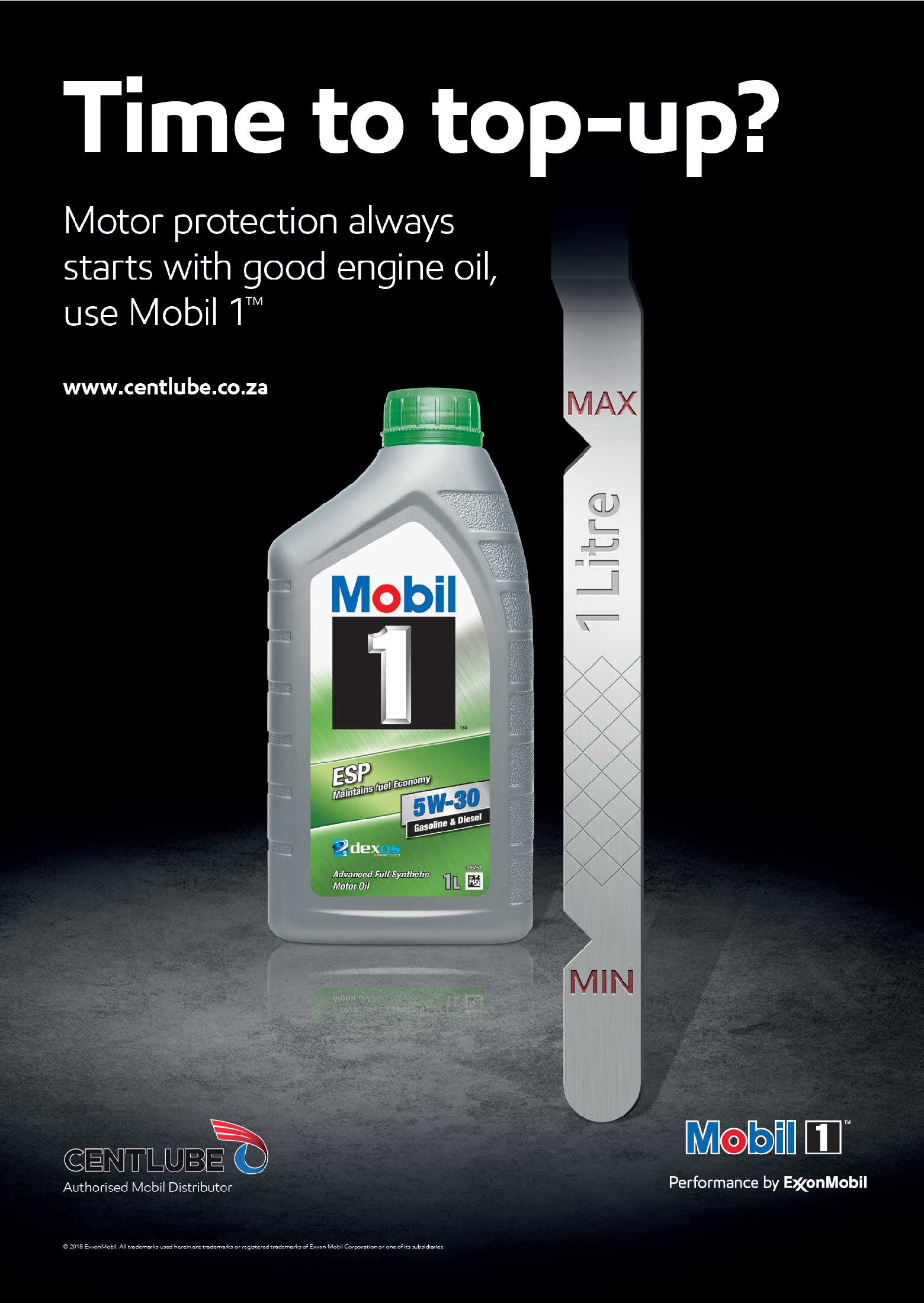 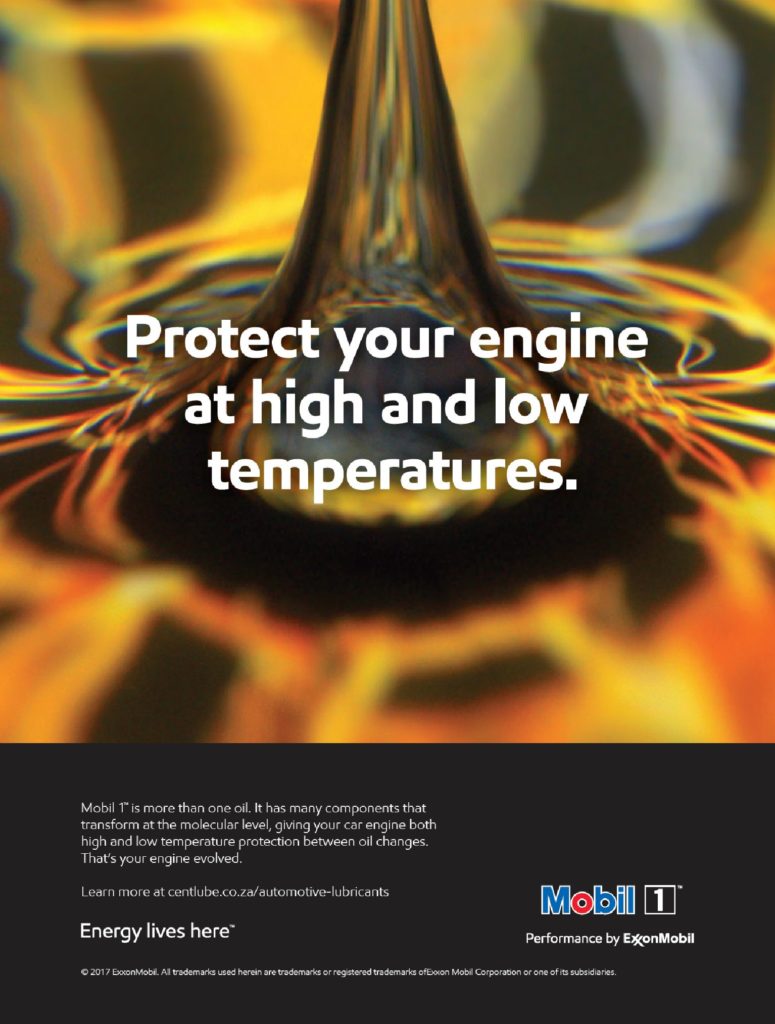