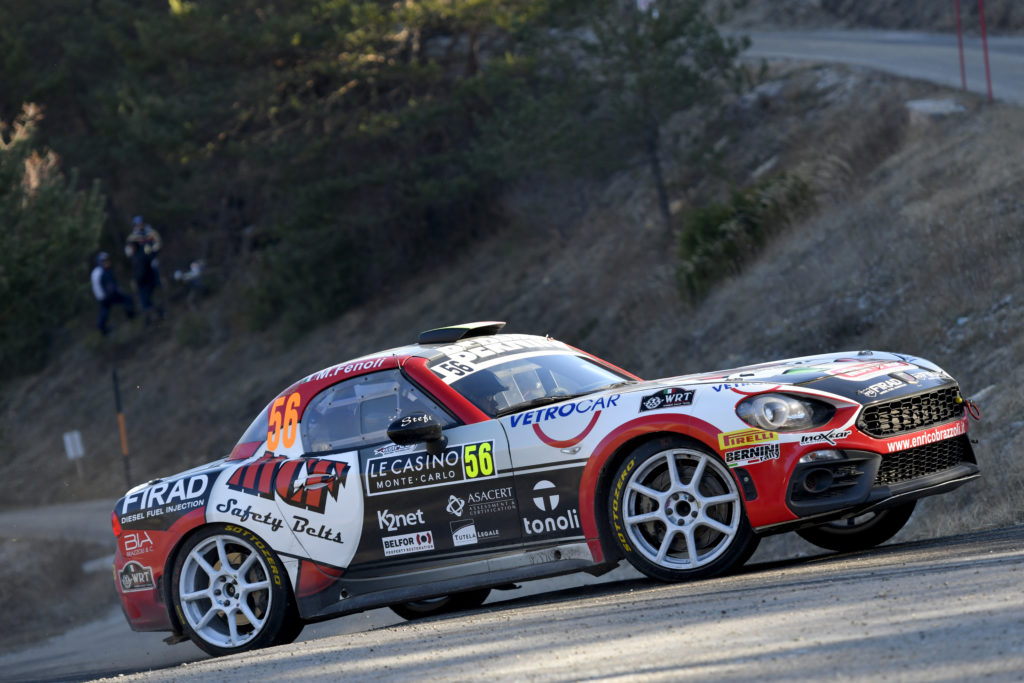 The 2019 racing season began with a resounding success for Abarth in the FIA R-GT Cup in the Monte Carlo Rally for the Abarth 124 rally driven by Italians Enrico Brazzoli and Manuel Fenoli. The Abarth 124 rally reasserted its position as the GT to beat in its category, having won in 2018 with Frenchmen Raphael Astier and Frédéric Vauclare who can be considered the world championship of this category..
Again, this year, the Monte Carlo Rally was true to its fame as being a challenging race, with drivers choosing spiked winter tyres for most timed stages. Only in the last leg, which included two crossings of the legendary Col de Turini, was it possible to use dry tarmac tyres. 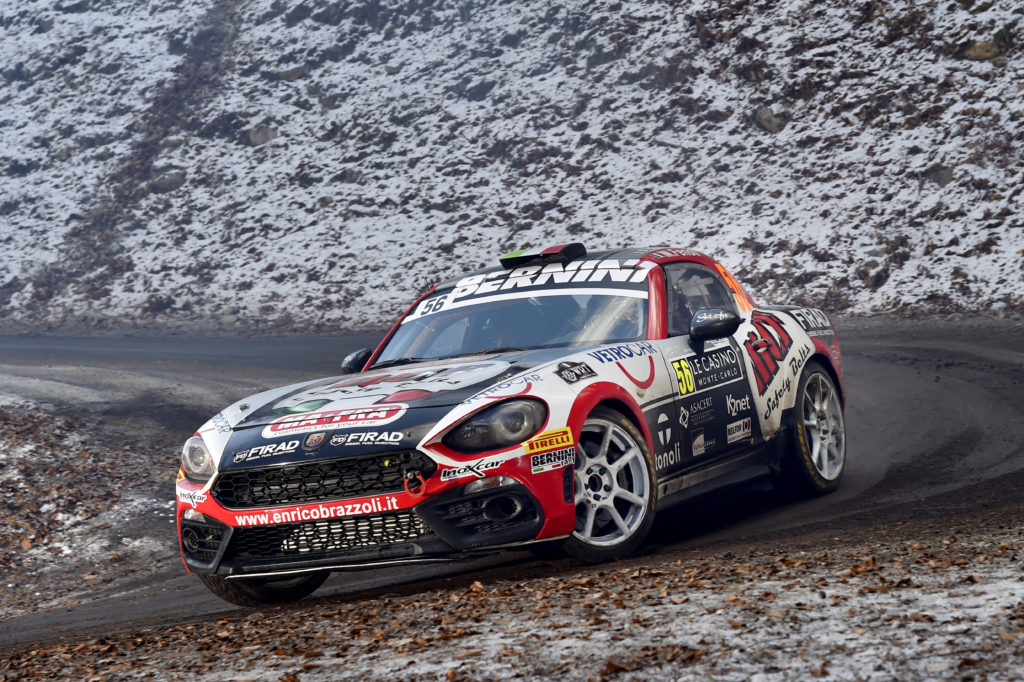 Crew and car took the many perils of the 2019 edition of the Monte Carlo Rally in their stride and dominated the category from beginning to end. In the first leg, Brazzoli kept up a good pace and distanced many opponents. He continued driving safely on the many icy stretches, with the goal of gaining confidence with the Abarth 124 rally that he was driving in a race for the first time. A few minor errors did not ruin the end result and the Italian is confident about the next races of the season. 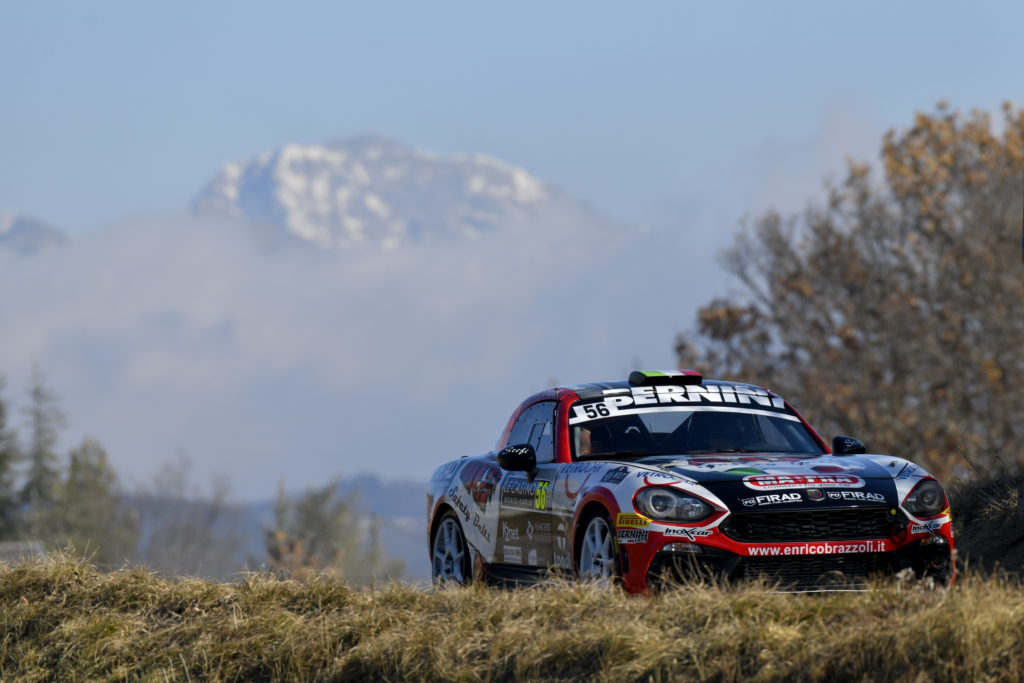 “We are very excited”, Brazzoli said on the finish line. “This is a great result. We planned everything down to the last detail with Bernini and Abarth and are proud to have completed in this first race. My feeling with the car grew mile after mile. The Abarth 124 rally is fun to drive and very competitive. The special stages of the Monte Carlo Rally are always difficult, but we managed to get back to Monaco without problems”.

Next race of the season for Brazzoli will be the Rallye Tour de Corse, the second stage of the FIA R-GT Cup at the end of the month of March. 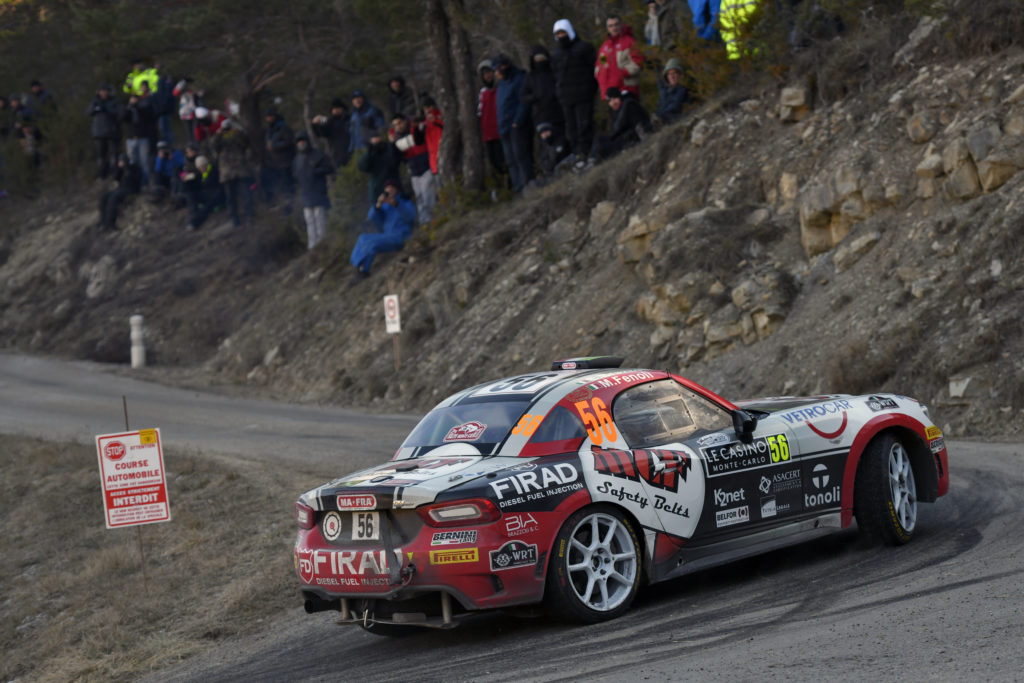 The Abarth 124 rally is aiming high and this season Abarth is organising a single-brand championship in the scope of six prestigious races in the European Championship calendar (the first in Spain on May 3) and a number of initiatives, which supports drivers who choose to race in the competitive spider with the scorpion badge. The Abarth 124 rally Model Year 2019 implements a host of technical improvements engineered to accentuate competitiveness and handling which are the result of a meticulous development work carried out by test driver Alex Fiorio. Engineers focused on all main components, including engine, gearbox, brakes and suspension, to obtain considerably better performance and greater driving ease.

In this way, the Abarth 124 rally aims to confirm its reputation as the GT to beat in rallying and re-establishing the spectacle of this fascinating motorsport speciality.