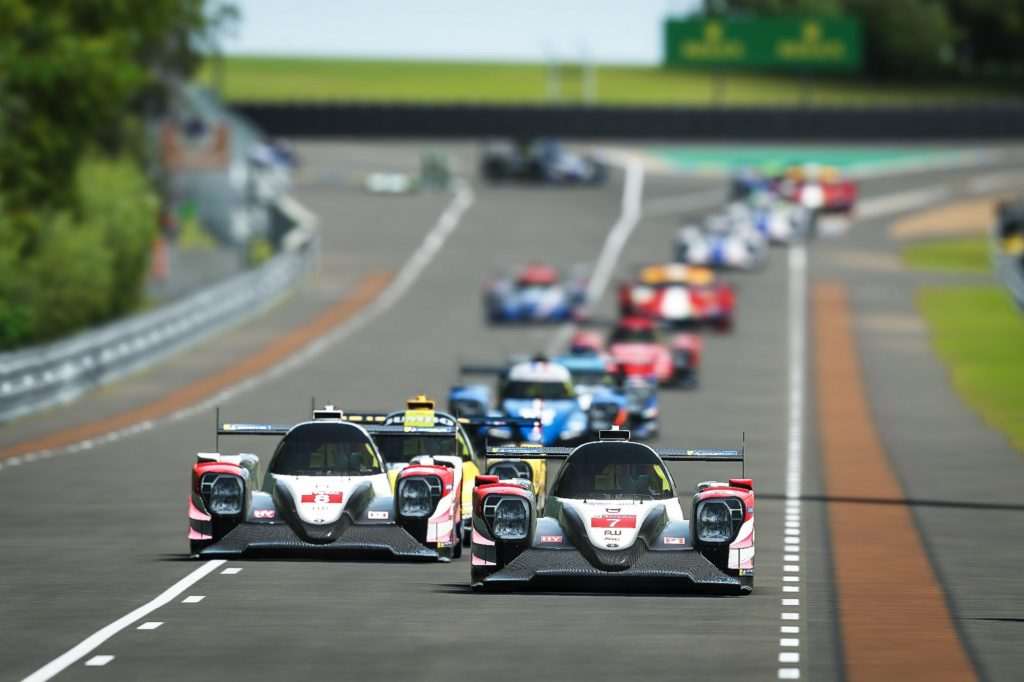 The 2019-2020 WEC season, due to be completed in June, has been delayed until later this year, with races in August, September and November scheduled, due to recent events. So Toyota Gazoo Racing accepted an invitation to participate in the 13-14 June virtual race, held on the same date as the originally-scheduled Le Mans 24 Hours.

Mike, José, Sébastien, as well as Maxime and Yuri, will race from simulators in their European homes, while Brendon joins from New Zealand. Kamui and Kenta will be based in Tokyo, where Kazuki will be on hand to support Kenta. 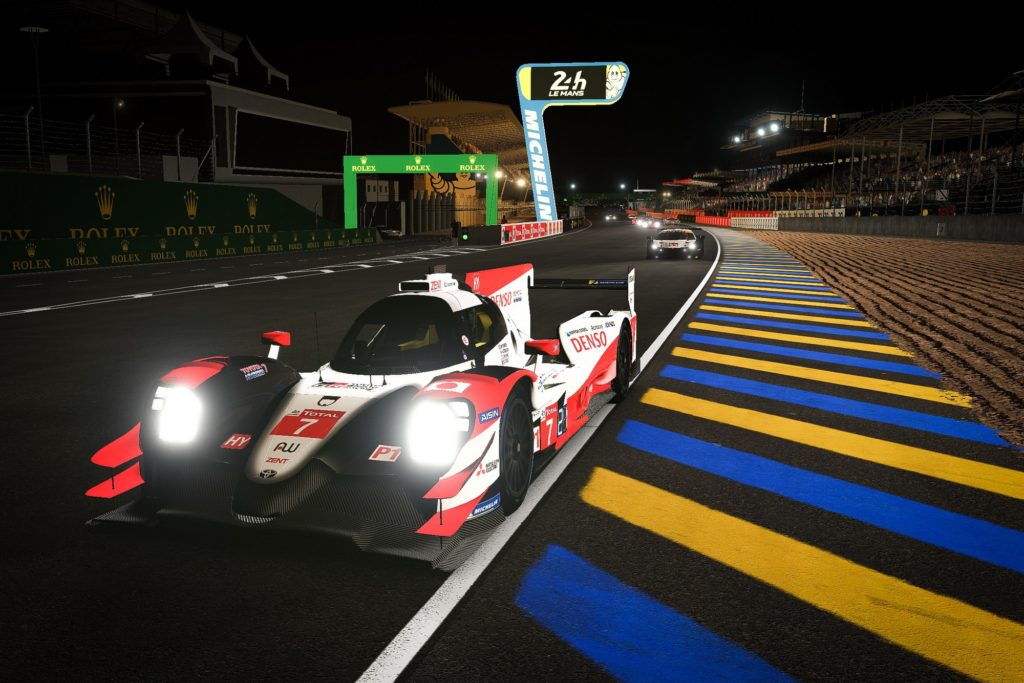 All drivers will be supported by a dedicated engineering team at Toyota Gazoo Racing’s base in Cologne, Germany, where set-ups and race strategy will be analysed and developed.

Event regulations require at least four drivers per car and the team has chosen to take two experienced and successful e-motorsport racers, to bring knowledge of the rFactor 2 software and its set-up characteristics.

With no LMP1 hybrid cars available for the Virtual Le Mans 24 Hours, like all other prototype entrants Toyota Gazoo Racing will participate with an Oreca 07 LMP2 car, specially modified to feature the TS050 Hybrid livery.
Although Toyota Gazoo Racing has won the last two Le Mans 24 Hours and both 2018-2019 WEC titles, the team approaches its e-motorsport debut with humility and has the simple target of entertaining fans who have waited since Austin in February for on-track WEC action. 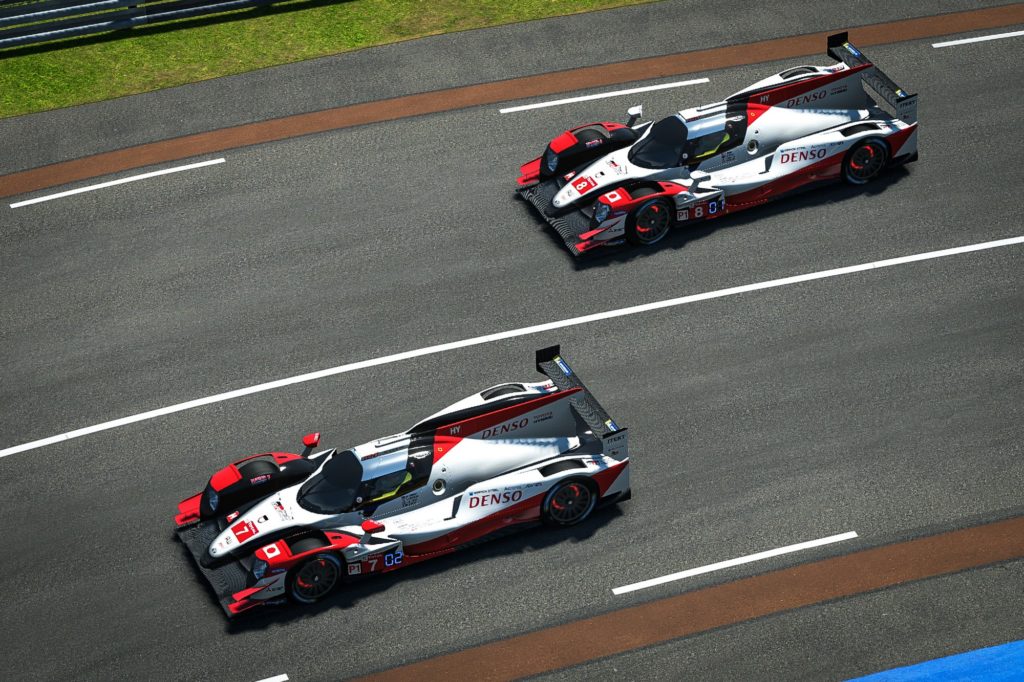 The first official sessions will take place on 9-11 June, with a 12-hour slot each day from 10 am Central European Summer Time (CEST) for free practice, and another seven hours from 10 am CEST on 12 June. The starting grid will be determined by a 20-minute qualifying session for each category, beginning at 6.10pm on 12 June, while the race begins at the traditional time of 3pm the following day.

The action will be streamed live across social media and streaming platforms, with further details expected soon from event organisers.

Hisatake Murata, Team President: “E-motorsport is a new experience for us, so we approach the Virtual Le Mans 24 Hours with a combination of excitement and modesty. We want to give endurance fans something to be excited about, and to fill the gap on 13-14 June caused by the postponement of the Le Mans 24 Hours. It is a new experience for most of us but we are looking forward to competing again, and seeing what we can do in this very competitive field.”

Mike Conway: “I don’t have much experience of e-motorsport but I’m looking forward to a new experience and I will do my best. In a way, it’s totally different to our normal WEC racing because we are definitely the underdogs in this race. Looking at the e-motorsport experience of some other teams, we know it’s extremely difficult to challenge. But we’ll have fun and I hope the fans will enjoy it.”

Kamui Kobayashi: “It’s great to give the fans some kind of 24-hour race to watch! There is a lot to learn in a very short time. We don’t have experience of the LMP2 car and some of us are not even familiar with the software which makes it even tougher. So, it will not be easy but this event is not about winning; it’s on the Le Mans weekend and we try our best for the fans.”

José María López: “I did a lot of e-motorsport in the past so I’m quite familiar with the scene. It’s incredibly competitive and the top sim racers are really dedicated, practicing for a huge amount of time; much more than we could ever practice in the TS050 Hybrid. I’m just looking forward to racing again with Mike and Kamui, as well as Maxime. I think it’s a nice team-building exercise during this quiet period.”

Maxime Brient: “It’s really exciting to be part of the Toyota Gazoo Racing driver line-up for the first Virtual Le Mans 24 Hours. Of course, I know all about the achievements of Mike, Kamui and José in WEC, and I’ve raced together with José previously in e-motorsport, so I can’t wait for this. I am sure we can all share experience and learn from each other. I have won e-motorsport races at Le Mans in the past, and it’s always special to compete on this track, particularly as I live in the city.”

Sébastien Buemi: “By now I’m quite familiar with the software as I have been using this to participate in the Formula E e-motorsport championship. I remember how quick Kenta is from last year’s Le Mans, when he set the fastest time on the drivers’ Gran Turismo game. We all tried to beat it, but he knew some tricks I think. So I’m excited to be racing with him and Yuri, as well as Brendon of course.”

Brendon Hartley: “It’s going to be a strange experience to participate in a 24-hour race with Séb and Yuri in Europe, Kenta in Japan and me in New Zealand. The good thing is that no-one needs to be awake in the middle of the night; with our crew, it’s always daytime somewhere. But I’m looking forward to it because it’s been a long time since our last WEC race.”

Kenta Yamashita: “It is really nice to get the opportunity to participate for Toyota Gazoo Racing in the Virtual Le Mans 24 Hours. Originally, next week should have been my Le Mans debut in LMP2 with High Class Racing, so it will be unusual to be in Tokyo driving for Toyota Gazoo Racing. I will do my best to be part of an exciting race for the fans.”

Yuri Kasdorp: “I have been spectator at Le Mans a few times so it’s a dream come true to participate alongside amazing drivers like Séb and Brendon, who have won the race twice, as well as Kenta, the reigning Super GT champion. It’s an exciting opportunity and I am sure it will be a lot of fun. I can’t wait to work with my team-mates and to wear the Toyota Gazoo Racing uniform for the first time, racing at Le Mans on a simulation I know very well.”