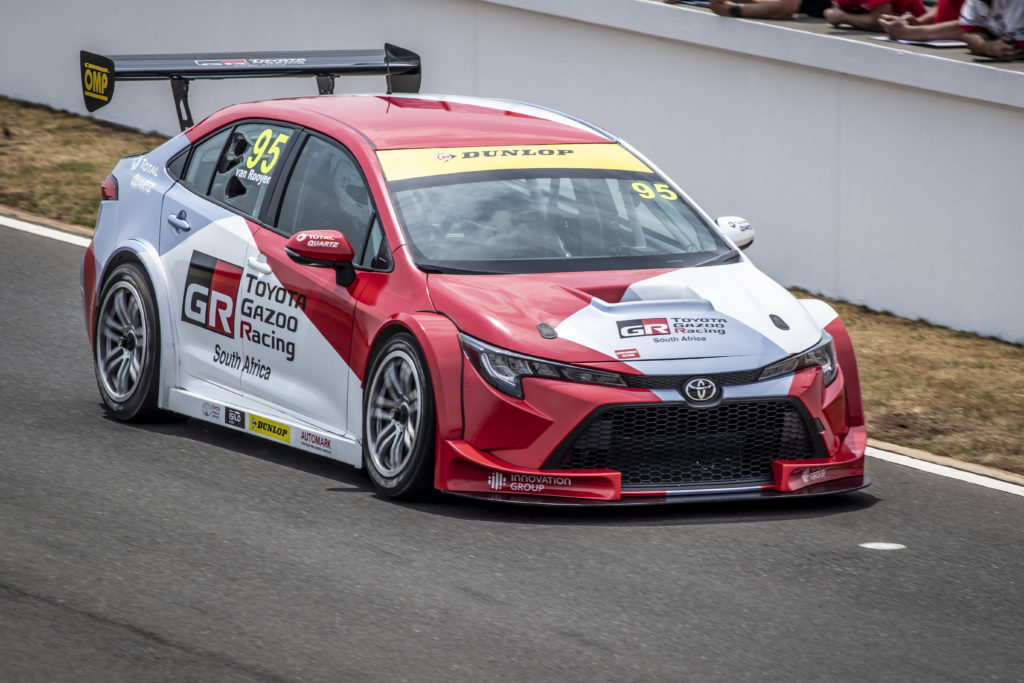 DELMAS, GAUTENG – The 2020 Global Touring Car (GTC) season finally got under way with a triple-header at the Red Star Raceway, near Delmas in Gauteng, on Saturday, 26 September. The third of three races saw the Rustenburg Rocket, Michael van Rooyen, cross the finish line in first place, behind the wheel of his brand new GTC Toyota Corolla.

The weekend started with practice sessions on the Friday, and it was immediately clear that the new Corolla was right on the pace. During qualifying, however, the two factory VW Golfs got the better of Van Rooyen, filling the first two positions on the starting grid, and relegating the TOYOTA GAZOO Racing SA driver to third place, half a second off pole position.

When the flag dropped for the first race of the season, Van Rooyen made a good start, and endeavoured to stick close to the two cars ahead of him, while fending off an assault from Robert Wolk (GTC Toyota Corolla), who started in 4th on the grid. Just two laps into the race, Van Rooyen encountered a problem with the left rear tyre on his car, and even though he was able to continue racing, his pace started dropping off.

This allowed Wolk through, but only temporarily, as he suffered a puncture a few laps later and had to retire, handing third place back to Van Rooyen, who held onto that position until the chequered flag.

At the same time, Mandla Mdakane made his debut for the team, and even though the Johannesburger had never raced at Red Star Raceway before, he managed to out-qualify Scott Temple (GTC Toyota Corolla), who was also on his first visit to the notoriously tight and twisty circuit.

When the flag dropped, Mdakane focused on keeping his nose clean, and did exactly that for the entire race. He held onto his starting position, until Wolk’s retirement moved him up into fourth, giving TOYOTA GAZOO Racing SA a third and fourth place in the opening race of the season.

Race 2 saw more tyre drama for Van Rooyen, as the left-front tyre lost its tread after just two laps. Van Rooyen, who was in second place at the time – having moved up from third on the grid – managed to keep a hard-charging Wolk behind him for the bulk of the race. However, on lap 6, the lack of front-end grip saw Van Rooyen spin under braking at the end of the back straight, while doing more than 200 km/h. The Corolla driver recovered quickly, and managed to hold onto fourth place at the chequered flag.

There was massive disappointment for Mdakane in Race 2, when his car suffered a misfire on the way to the starting grid. He was forced to return to the pits, and couldn’t start the race.

The issue resurfaced during the formation lap for Race 3, but Mdakane managed to coax the car onto the grid, and started the race in third position, thanks to the reverse-grid system employed by the GTC series. He pushed hard initially, but the recurring misfire saw him struggle to maintain track position, until a coming together with one of the factory VW Golfs saw the TOYOTA GAZOO Racing SA driver leave the track. He managed to recover, but played catch-up for the remainder of the race, settling for a fifth place in the end.

At the same time, teammate Van Rooyen started in fourth on the grid for the final race, and was almost immediately gifted a position by Mdakane, who realised that Van Rooyen’s car was the one that could challenge for a good result. This put Van Rooyen in second, just behind Wolk, who made his GTC Toyota Corolla as wide as possible.

While Van Rooyen sought a way past the Corolla ahead of him, Keagan Masters, in one of the factory VW Golfs, managed to get ahead of Van Rooyen, but the Rustenburg Rocket fought back and reclaimed second place. Wolk had used the opportunity to open a commanding lead, but Van Rooyen had other ideas.

It took two laps for the TGRSA driver to catch up with Wolk again, leaving just the final lap to challenge for the victory. Van Rooyen kept his cool, and bided his time – eventually pouncing just two corners from the finish, to take his first victory of the season, and to record a first win for the all-new GTC Toyota Corolla.

While the VW team has stolen an early march in the championship, Van Rooyen’s results mean that he stays in touch with the leaders, with more racing to come later in the year. Next up is Round 2 at the Aldo Scribante circuit in Port Elizabeth, with the race set for the weekend of 30 and 31 October, 2020. 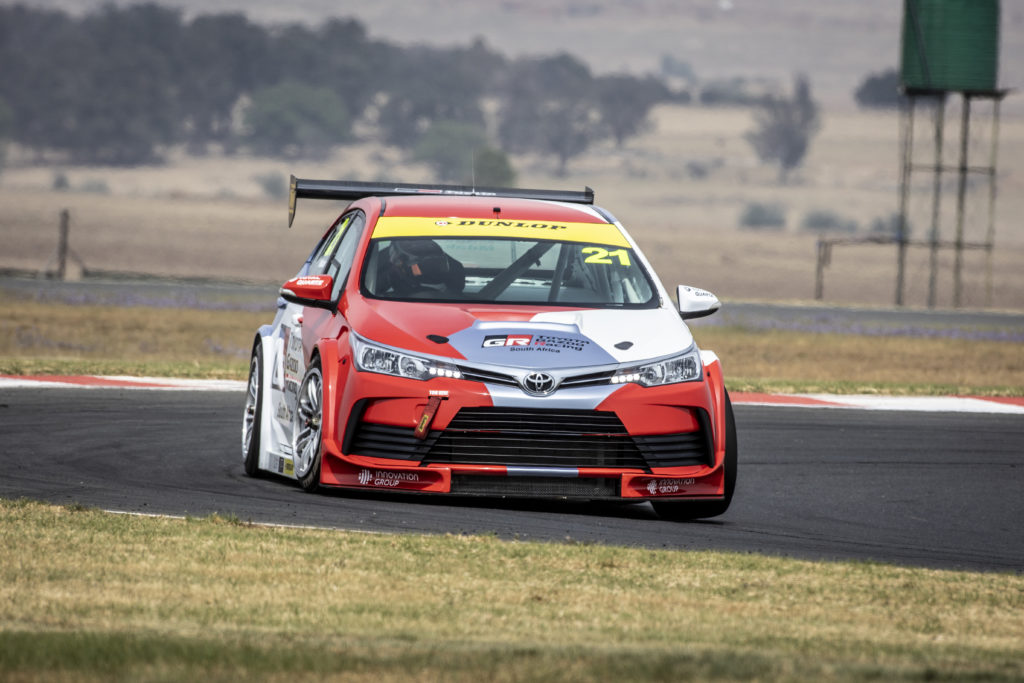 MICHAEL VAN ROOYEN (#95 Toyota Corolla)
Overall, it was a good start to the season, and we are happy that our new Corolla is clearly highly competitive. With that said, we do have some work to do for Port Elizabeth, in order to make sure that we can challenge for more race wins.

MANDLA MDAKANE (#21 Toyota Corolla)
It was a good learning weekend, and it feels good to have my first GTC race in the premiere class under my belt. I’m really happy with the progress we made during each session, and each lap on track. We improved during each session, and this bodes well for the next round. Port Elizabeth is one of my favourite tracks, and I’m sure the car will be ready for it.