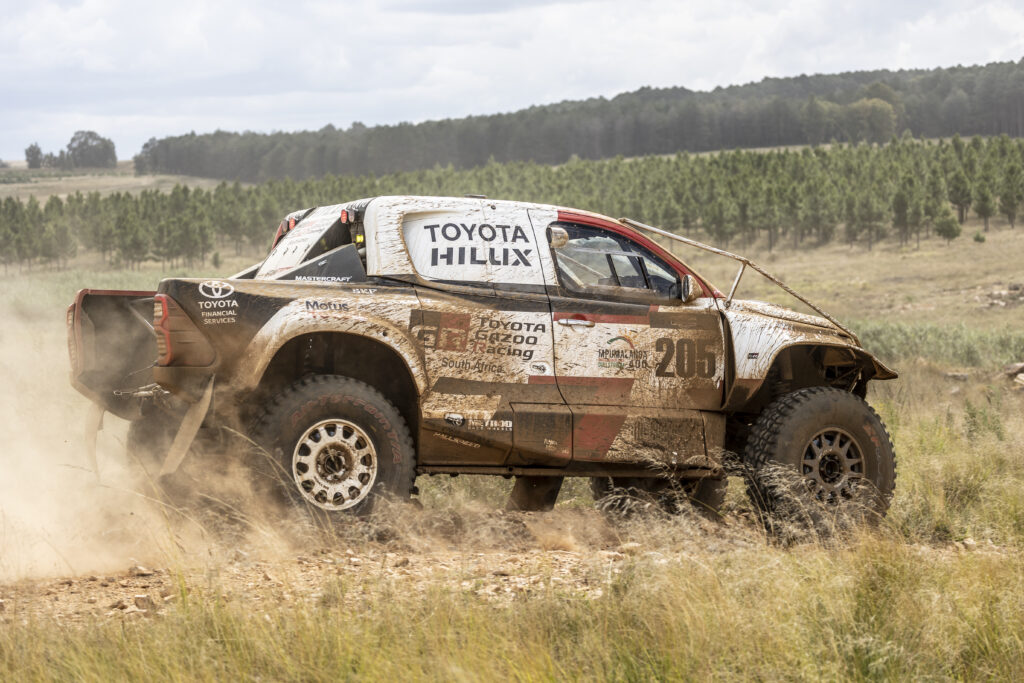 The opening round of the 2022 South African Rally-Raid Championship (SARRC), the Mpumalanga 400, brought elation for two of TOYOTA GAZOO Racing SA’s four squads; frustration for one crew; and heartbreak for the final pairing. For defending champions, Henk Lategan and Brett Cummings, it was the perfect start to their 2022 campaign, as they sealed victory on the opening round by 48sec.

The crew reported no issues with their GR DKR Hilux T1+, which is identical to the car that won the Dakar Rally in the hands of Nasser Al-Attiyah and Mathieu Baumel in January this year. Lategan/Cummings won the qualifying race on the Friday of the race weekend, and managed to bring their trusty steed home in first place, come Saturday afternoon.

At the same time, teammates Shameer Variawa and Danie Stassen showed their true potential, by posting the third-fastest time during Friday’s qualifying race, before knuckling down to grind out a second place overall by the time the final flag dropped. This was their best performance yet with the team, and they had every reason to be extremely pleased with their result.

The racing gods can be a fickle bunch, and for Giniel de Villiers and co-driver Dennis Murphy, the chips just wouldn’t fall the way they needed. The pair were quick in qualifying, despite suffering a puncture 7km from the finish of the qualifier. This placed them in 6th for the start, but they made the most from this position, to fight for the lead of the race with their teammates, as well as Ford’s Lance Woolridge and co-driver Elvene Vonk.

A fierce battle saw Lategan/Cummings in a fight with De Villiers/Murphy and Woolridge/Vonk, until the Ford pairing were forced to withdraw following a heavy impact with a tree. This allowed Variawa/Stassen to close on the leaders, while De Villiers/Murphy put in a blistering performance to take the outright lead of the race. 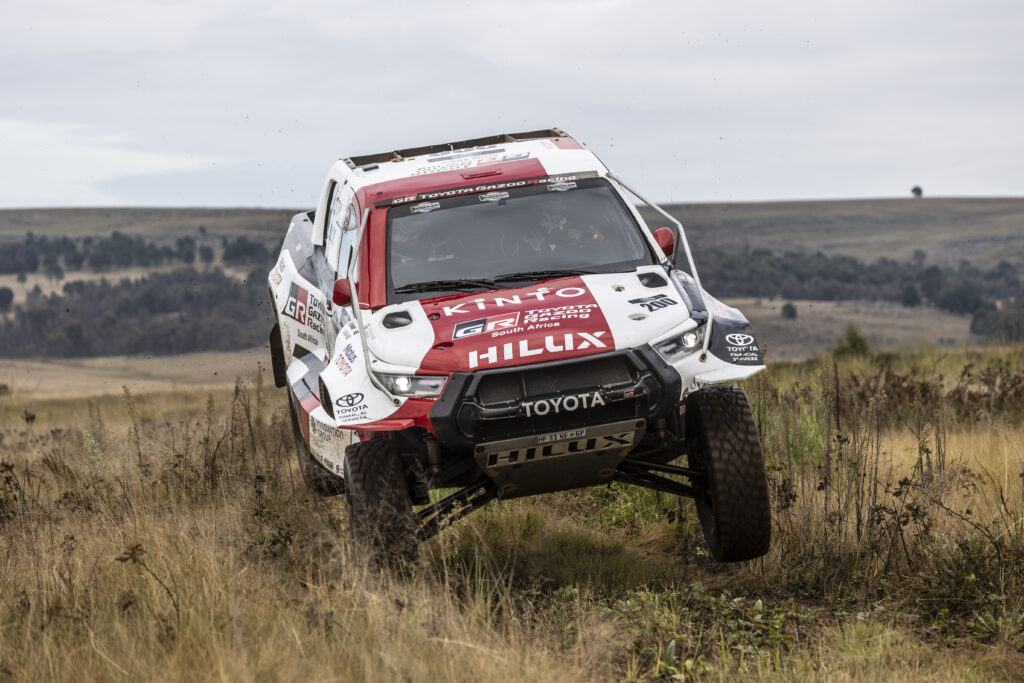 With the kilometres unwinding, victory seemed within grasp for De Villiers/Murphy, since Lategan/Cummings were forced to stop for some closed gates early on. But then the Dakar legend, who celebrated his 50th birthday at the Mpumalanga 400, fell foul to a mud-hole scant kilometres from the finish of the race.

It took precious minutes to extricate the stricken Hilux from the mud-hole, with the crew eventually losing more than thirty minutes, and tumbling down the order to 8th place overall. Heartbreak after getting within 5km of winning the race, only to see it slipping away in the end.

“It was very disappointing for us,” said De Villiers after the race. “Just a few metres further across, and we’d have been fine. But the line we chose sucked the car into the middle of a very deep mud-hole, and we saw the win slip away as we tried to get the car free from the mud.”

Guy Botterill, who had driven for the team in the past, joined the squad as a full-time member for 2022. Partnered with his rally navigator, Simon Vacy-Lyle, the multiple rally champion showed good pace during the qualifying race, but a gear selector problem saw them stuck in 3rd gear for 40km of Friday’s opening loop of the race. They managed to regain their earlier pace on the Saturday, posting the 5th-fastest time over the full race distance, and gaining valuable points in their championship campaign. 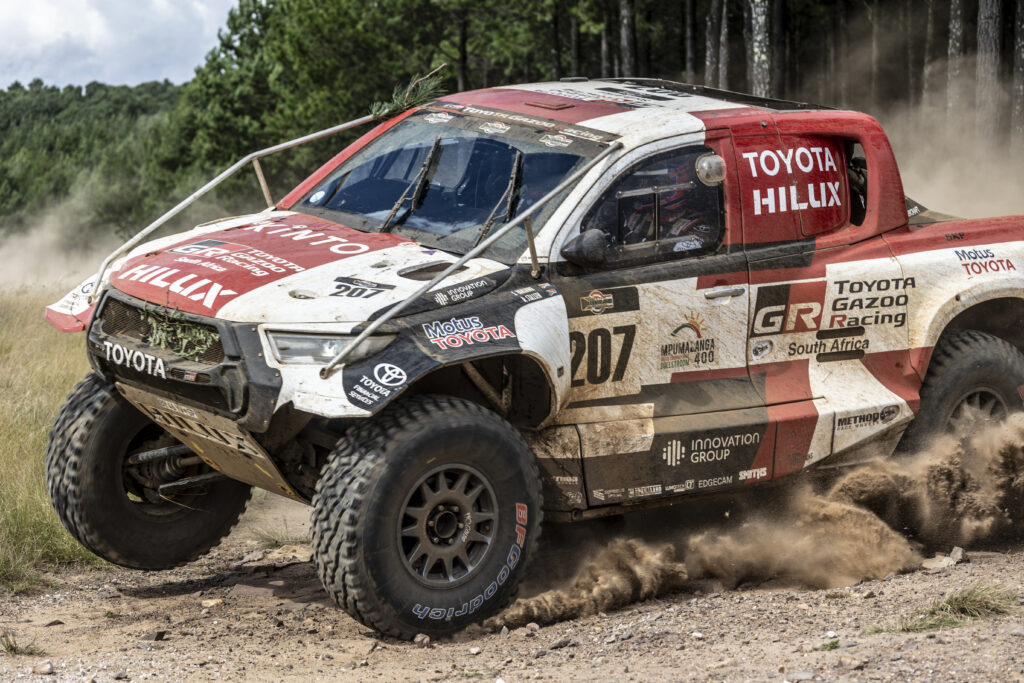 With victory on the opening round, Lategan/Cummings picked up where they left off in 2021. This time, however, they recorded the first ever official win for a Class T1+ car, and will be heading to Round 2, the Sugarbelt 400 in KwaZulu-Natal, with their tails up. The next round is set for the end of April 2022, and will offer De Villiers/Murphy a chance at redemption after the disappointment of their opening rounds.