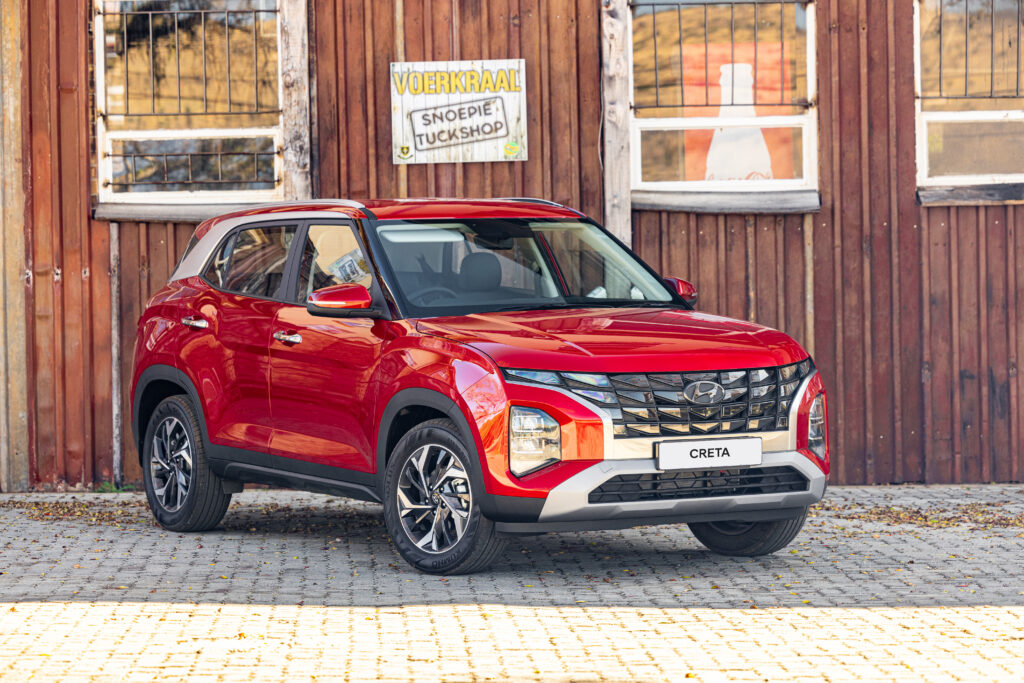 Hyundai’s Creta has received an eye-catching styling makeover which – coupled with its comprehensive list of standard features and outstanding ride qualities – will continue to make this Korean compact SUV a popular choice in a very competitive segment of the South African car market.

The new Creta range comprises three derivatives with two different specification levels: Premium and Executive. At the time of the new Creta’s launch, a 1,5-litre naturally aspirated petrol engine is used as the power source in combination with an Intelligent Variable Transmission (IVT).

Now, an upgraded 2022 Creta with a very neat redesign has arrived. The new version of this compact Hyundai SUV model is built in a state-of-the-art manufacturing plant in Indonesia which started production earlier in 2022. The 77,6-hectare factory site is in Kota Deltamas in the Bekasi district, 40 km east of the Indonesian capital Jakarta.

Hyundai invested USD 1,55 billion in the development of its first manufacturing hub in Southeast Asia that was completed in December 2021. Commercial production started in the first half of 2022 with an annual capacity of 150 000 units, which will eventually increase to 250 000 units annually when it reaches full capacity. Apart from the new Creta, the plant will produce the Santa Fe, a new MPV model later in 2022, as well as Hyundai’s IONIQ 5 electric vehicle. 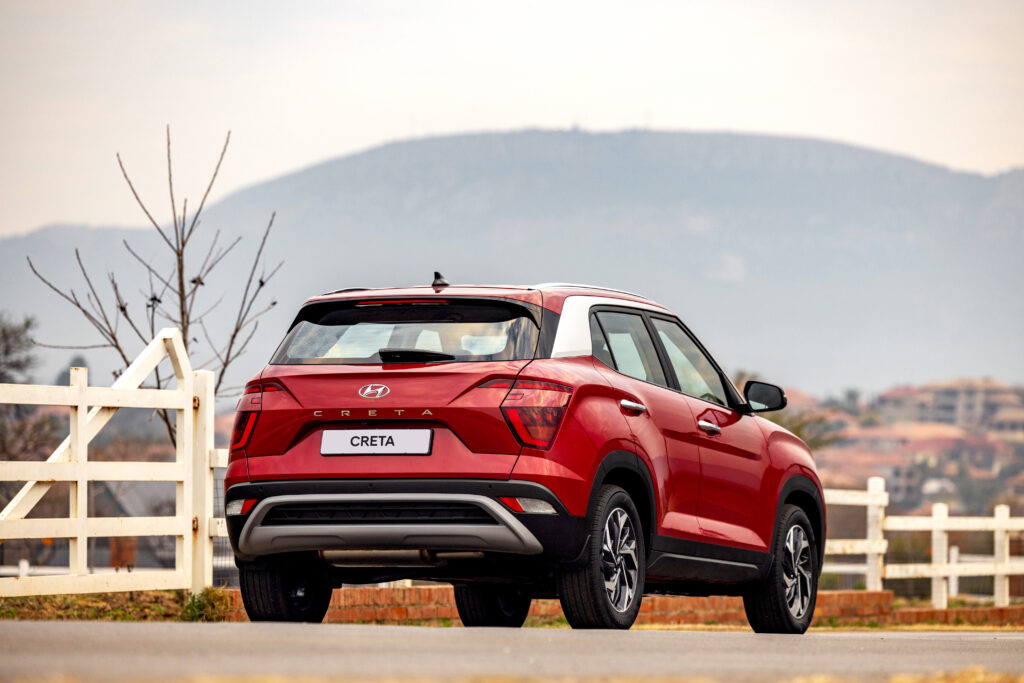 Fresh new styling
The 2022 Hyundai Creta sports fresh, new exterior styling, particularly the very attractive front grille and lights design which makes a dramatic first impression. The daytime running lights of the Executive derivative are incorporated into the parametric jewel pattern grille – as with the new Hyundai Tucson – and makes the Creta almost appear like a smaller sibling of the Tucson.

The headlights (halogen for the Premium derivatives and LED for the Executive) sit below the outer edge of the new parametric jewel pattern grille.

At the rear, a new design has also been applied to the tailgate with the Creta model name in bold chrome letters underneath the company’s logo.

Viewed from the side, the new Creta’s styling upgrade includes an attractive silver inset that runs from the A-pillar to the C-pillar. New 17-inch alloy wheels, with different styling for the Premium and Executive variants respectively, complete the picture.

On in the inside, the styling of the new Creta is clean, sometimes minimalistic. The cabin is spacious, also for rear passengers, who benefit from added comfort in the form of a centre arm rest with cup holders that fold out of the backrest for the middle seat in the rear bench. The driver seat’s height can be adjusted, and with the telescopic and height adjustment of the steering it creates a comfortable driving position.

Seat trims are available in black cloth for the Premium derivative and black artificial leather for the Executive version. 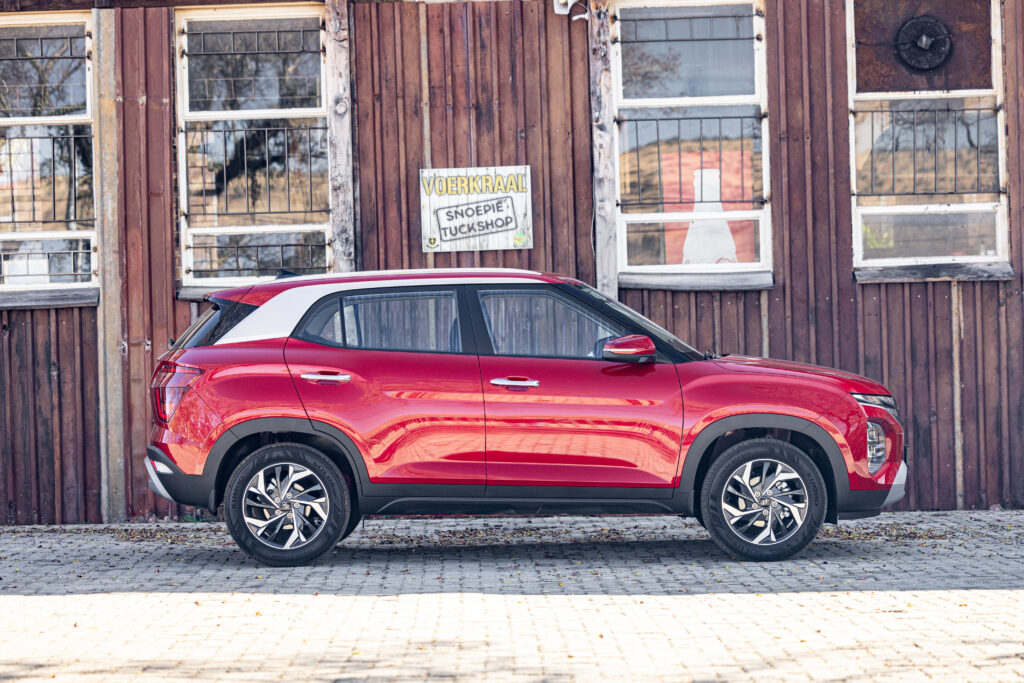 Convenience features
The neat, minimalistic facia of the Creta’s centre console and instrument panel is impressive and creates a tranquillity that adds to the enjoyment of the solid, smooth ride qualities of the vehicle.

A multifunction steering wheel with remote control buttons for the infotainment system, trip computer and cruise control, and a wireless charging pad (in the Executive derivatives) are among the many convenience features found in the Hyundai Creta.

The button for the Bluetooth telephone connection on the steering wheel enables the driver to make calls using voice recognition. Furthermore, the Apple Carplay and Android Auto connectivity of the infotainment system with its 8-inch touch screen enables the driver or passengers to select several functions through voice commands. 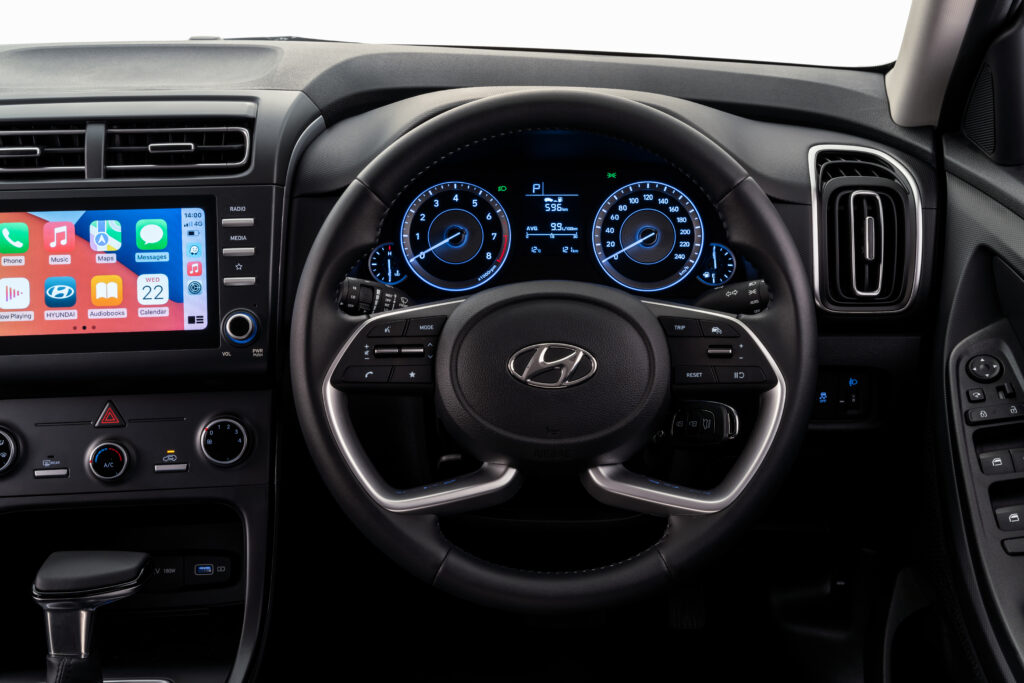 Apart from the infotainment USB connection in the centre console, the new Creta has an extra 12V power socket, as well as a USB charging socket and storage place in a very useful console for the rear passengers. This console also contains rear air vents for the Creta’s manual air conditioner.

Manoeuvring the new Creta in the city and in tight spaces is made easy with the rear park assist sensors and camera, which displays its view on the infotainment system’s screen. An electronic park brake in place of the previous version’s lever frees up space in the centre console of the Creta.

Petrol engine, with manual or Continuous Variable Transmission
A naturally aspirated 4-cylinder engine with a 1 497-cc displacement, linked to either a 6-speed manual gearbox or an automatic Intelligent Variable Transmission (IVT), are used as a drivetrain for the Creta. The Creta is driven through the front wheels.

The Intelligent Variable Transmission, which uses a chain belt and pulley system with an increased gear ratio span, keeps the engine and gearbox operating at optimum torque levels. Gear changes, with six distinguishable steps, can also be made manually with the IVT.

Ride, handling and suspension
A firm, yet comfortable ride makes a journey in the Creta enjoyable – both on tar roads and gravel routes. The McPherson strut front suspension and coupled torsion beam axle (CTBA) for the rear wheels have been tuned to give the Creta an even more solid, surefooted feeling on both road surfaces than before.

The CTBA, which includes trailing arms and carriers on which the rear wheels are mounted, offers improved compliance characteristics that are noticeable when the Creta encounters a mountain pass or a bumpy road.

With a handsome 20-cm ground clearance, the Creta is capable of venturing off tarred roads onto the gravel with confidence, helped by the adequate 60-profile tyres on 17-inch rims.

Safety
Front and side airbags for the driver and front passenger, and two curtain airbags that offer protection for rear passengers too are part of the new Creta Executive derivative’s safety package. Side and curtain airbags are not included in the Premium derivative.

Another luxury safety feature is Hill-start Assist Control, which holds the car for a few seconds on an incline to pull away without roll-back.

Pricing
The pricing of the new Creta range is: