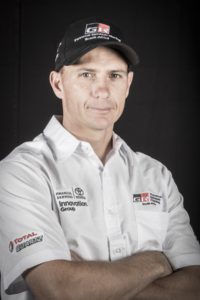 Defending South African National Rally and Cross-Country champion, Leeroy Poulter, has decided to step away from motorsport for the remainder of the 2017 season. The talented motor sportsman made the decision to fully recover from the brain surgery he underwent in 2016, to remove an anomalous growth.

While the surgery itself was a great success, Poulter has found the recovery more demanding than expected, and has decided to focus on his health for the foreseeable future.

“It certainly isn’t a decision I’m taking lightly,” says Poulter. “The team and I have discussed the matter in detail, and while I’m certainly able to race, I realised that my body needs more time to fully recover.”

Toyota Gazoo Racing SA Team Principal, Glyn Hall, fully supports Poulter’s decision: “Leeroy is a pivotal member of our team, and he has been instrumental in the development of our Toyota Hilux. Ours is a demanding sport, and taking care of one’s health is of paramount importance. As such, we wish Leeroy well with his continued recovery.” 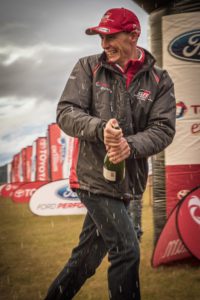 “Motorsport has been my life since I was a little boy,” concludes Poulter. “Not racing will be extremely difficult for me, but I have to be realistic in terms of my health, and taking a break at this point may be exactly what I need.”

Poulter, who has won numerous championships in his career, ranging from motocross to karting, rallying and cross-country racing, is currently leading the standings for Toyota Gazoo Racing SA in the South African Cross-Country Series. [The team will make an announcement as to the rest of the season in due course.

Follow the fortunes of Toyota Gazoo Racing SA on www.toyota.co.za