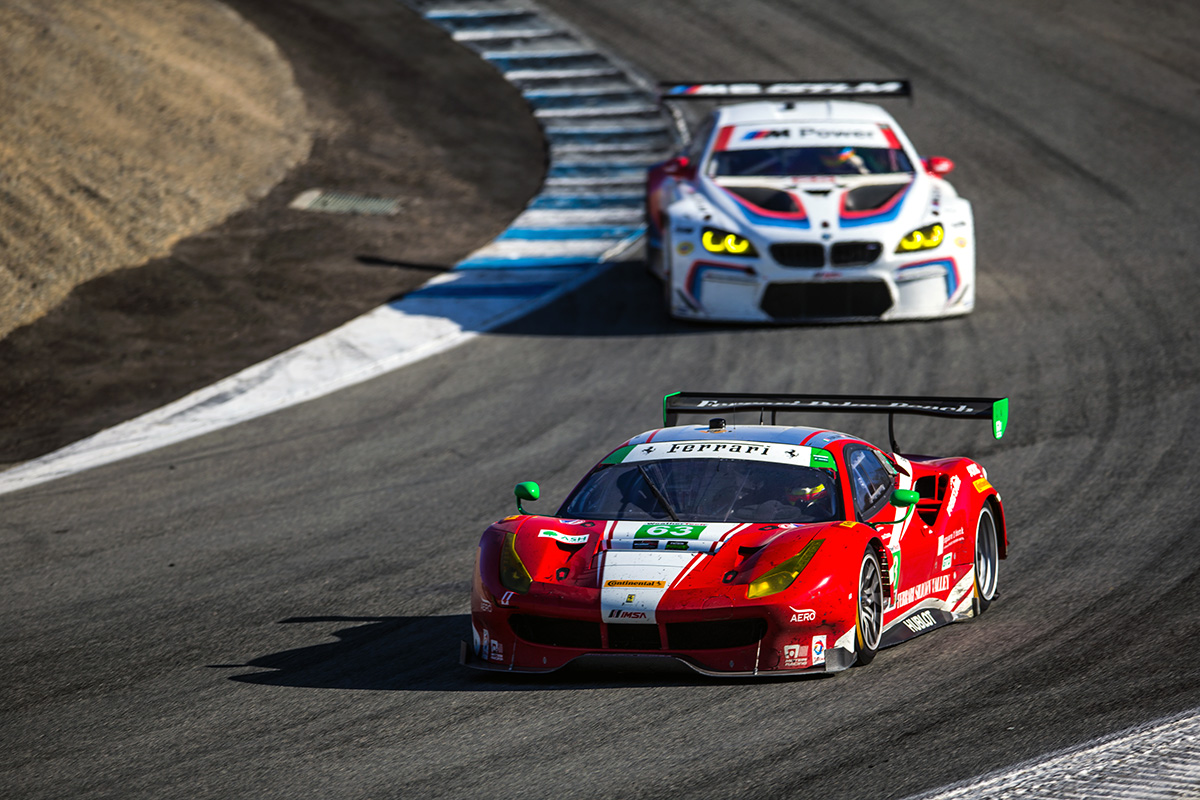 The Scuderia Corsa and Risi Competizione teams celebrated Ferrari’s victory in the very first race Laguna Seca with a victory and a podium in Sunday afternoon’s IMSA SportsCar Championship race held on 24 September 2017.
Nearly sixty years to the day after Pete Lovely drove a Ferrari 500TR to victory at Laguna Seca, Alessandro Balzan and Christina Nielsen drove the no. 63 Scuderia Corsaa Ferrari 488 GT3 to the GT-Daytona win while Giancarlo Fisichella and Toni Vilander finished second in GT-LeMans.
The victory for Scuderia Corsa enabled Ferrari to retake the lead in the GT-Daytona manufacturers championship. Risi Competizione also captured the DEKRA Green Challenge Award. The win is the fourth for the Ferrari 488 in IMSA competition.

Balzan and Nielsen teamed to drive their Ferrari from it’s ninth place starting position to the top three in the closing stages of the GTD race. When other cars were forced to pit for fuel in the final minutes of the race, the Ferrari stayed on track and was able to finish the two hour and forty-minute race without stopping – stretching its fuel stint to over 70 minutes to secure the GT-D victory, just ahead of Andy Lally and his Acura NSX GT3 car. 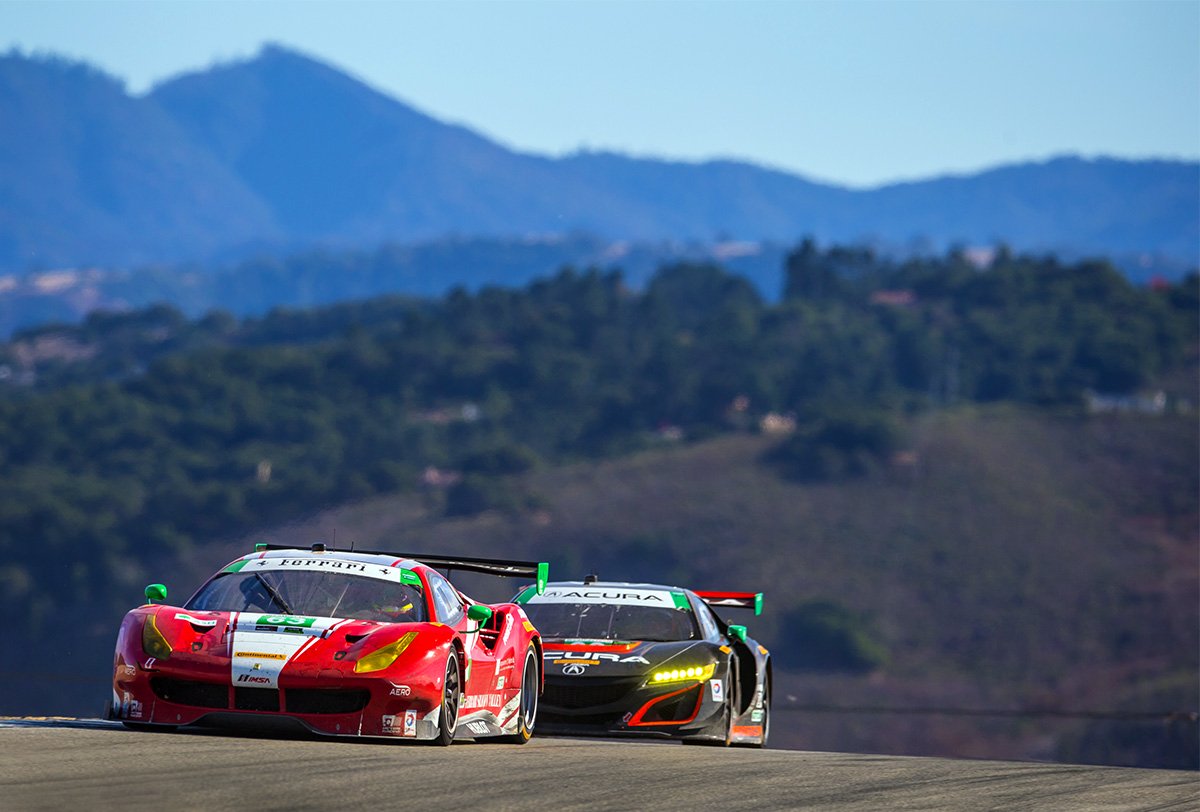 In GT-LeMans, the Risi Competizione team dominated the race from pole position until an untimely caution period forced the team out of the lead. Fisichella and Vilander battled back through the field to threaten for the victory on the last lap, with Vilander catching the leader in the final corner behind the BMW M6 of John Edwards. He finished half a car length behind at the finish line to finish in second position, recording the team’s fourth podium finish of the season.