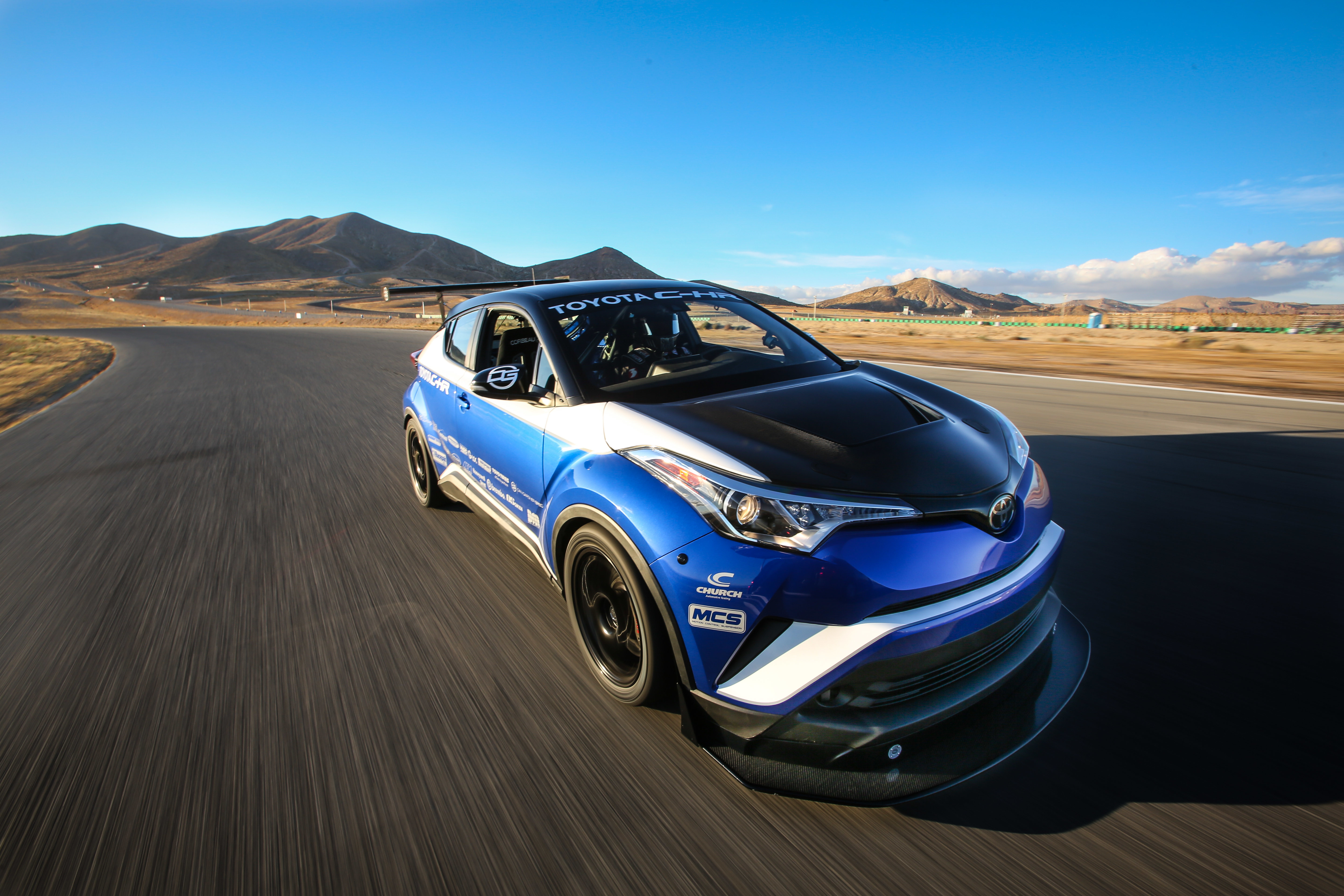 Asked to name a Toyota that can outgun exotic muscle from the likes of McLaren and Porsche, you probably wouldn’t suggest a C-HR. But that’s exactly what a 600bhp race-tuned version of the edgily styled crossover has achieved in against-the-clock testing in the USA.

Preparing for its debut at this year’s SEMA Show in Las Vegas today – the world’s largest showcase for the auto speciality equipment market – the C-HR R-Tuned lapped the 2.5-mile Willow Springs International Raceway in California quicker than all but five production cars that have been tested there, according to data kept by fastestlaps.com. The hot Toyota’s notable scalps include the McLaren 650 S Spyder, Porsche 911 GT3 and Nissan GT-R NISMO, helping it claim the distinction of being the “world’s fastest crossover”. 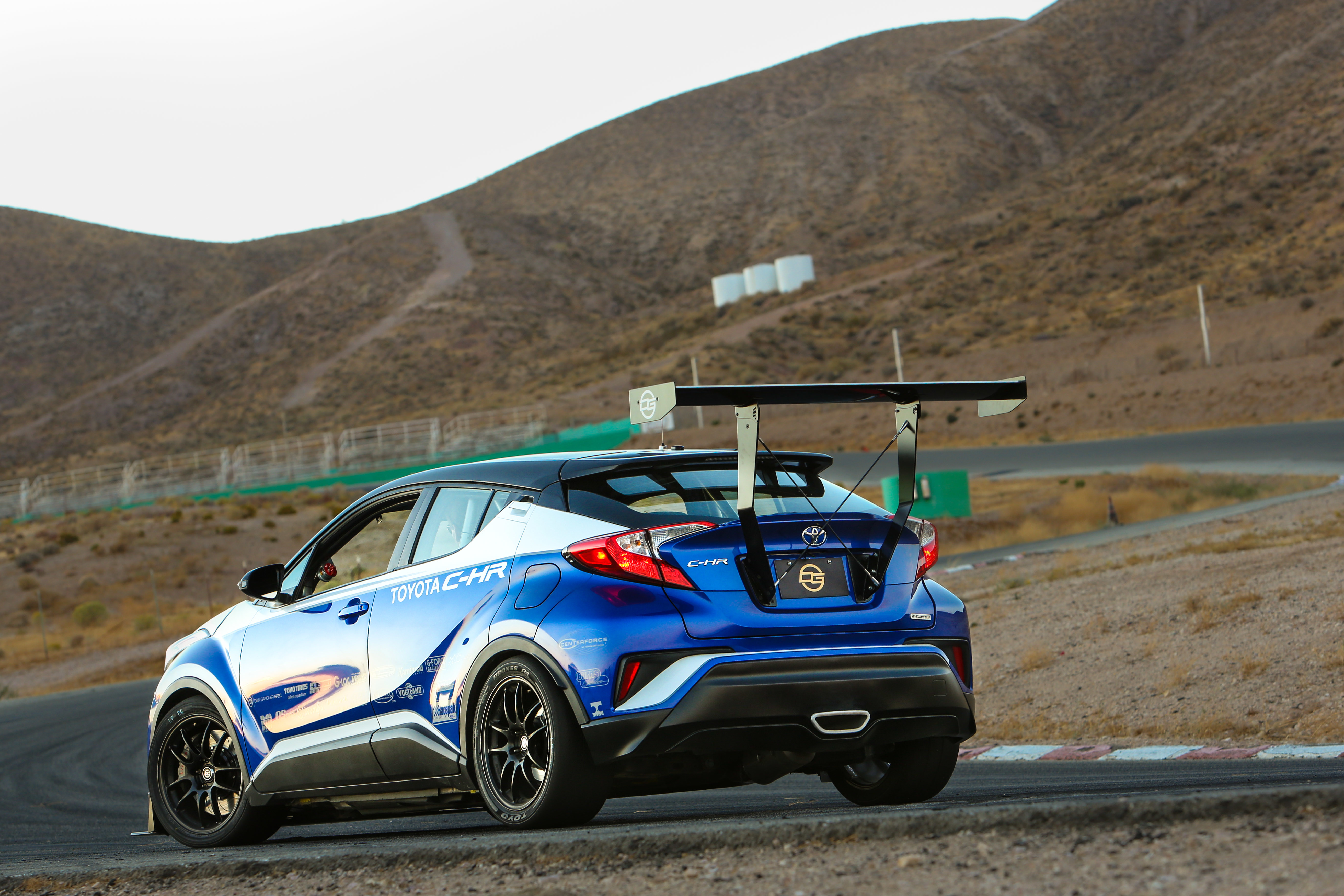 The project follows up the Toyota Sienna R-Tuned MPV that was shown at SEMA in 2015. “This redefined the perception of what a family minivan could become with a bit of racing inspiration,” said Toyota North America spokesman Steve Curtis. “With the C-HR R-Tuned, we took it to another level entirely.”

The customisation was carried out by Dan Gardner Spec (DG-Spec), with a more extreme treatment than was applied to the Sienna.

The C-HR R-Tuned is powered by a 2.4-litre, four-cylinder Toyota 2AZ-FE engine with Dezod forged internals, a titanium and Inconel valvetrain and a custom DG-Spec Garrett turbo system that pushes power output beyond 600bhp at approximately 23psi of boost.

The unit is mounted to a five-speed Toyota E-series manual transmission, driving the front wheels with the benefit of an OS Giken limited-slip differential.

The car has not been designed simply to be a straight-line dragster but has been engineered for a superb combination of acceleration, braking and handling. It uses Brembo racing brakes with 14-inch front discs and four-piston aluminium Monobloc callipers and DG-Spec Motion Control Suspension (MCS) motorsports dampers, together with a host of other custom go-fast components. 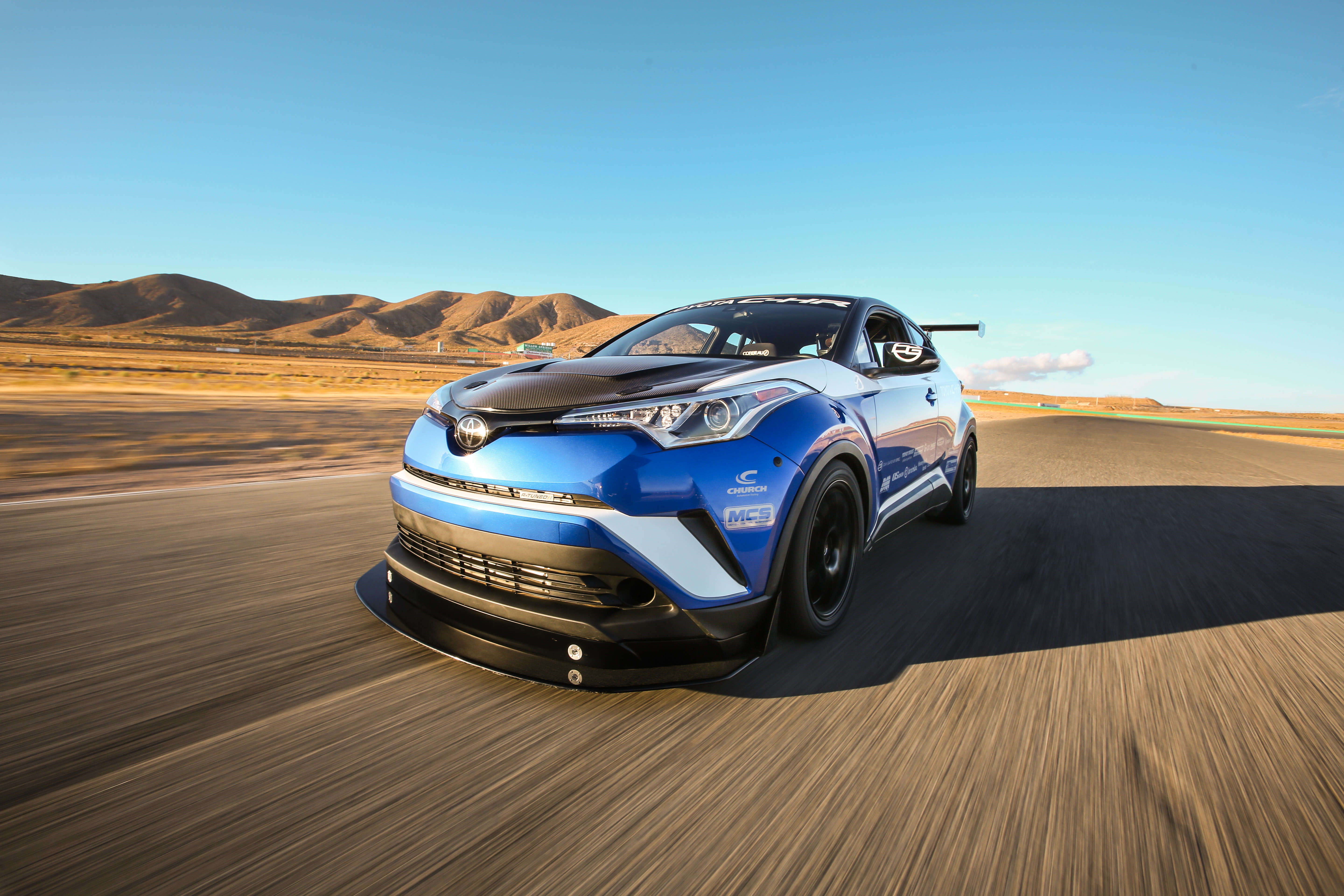 To augment the mechanical grip provided by massive 275/35R18 Toyo Proxes RR tyres, the car is fitted with a front air dam, side skirts, a front splitter and an imposing rear wing with a gurney flap. The result is a genuine 300lb of downforce at triple-digit speeds.

The interior has been stripped out aft of the front seats and details such as a vented carbon fibre Kaminari bonnet have helped shave hundreds of kilograms off the C-HR’s kerb weight. The car underwent shakedown testing at Willow Springs at each stage of the build and performance data was extensively logged. In all, it was track-tested 10 times.

“The C-HR R-Tuned has been to the track every month since we started the project late last year,” said DG-Spec owner Dan Gardner. “It’s probably been subjected to more real-world tests than just about any car built for SEMA. It’s not just a show concept but a track-worthy performance vehicle, and I can’t wait to see what people at SEMA and beyond think.”