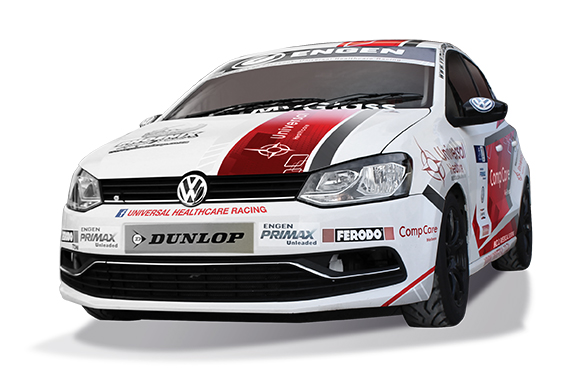 Looking back on the 2017 racing season
It has been a fast-paced year for the Universal Racing team, or “Team Red” as they are known to their rapidly-growing fan base. This past season the four members of the racing team have fared particularly well, thereby making their mark on the South African racing scene. 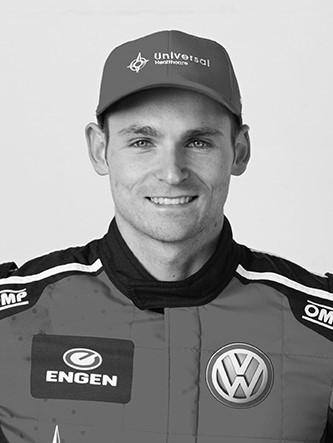 Participating in the Engen Volkswagen Cup (or “VW Polo Cup”) the two youngest members of the racing team, Jeffrey Kruger and Jano van der Westhuizen, ended up with a podium finish in almost every race they competed in around the country.

There was no stopping Jeffrey Kruger who exceeded every expectation while lifting a number of trophies in the Junior Class this season. Team Red’s fast rising star was also awarded Driver of the Year at the prestigious Night of the Stars, hosted at the Wanderers Club in Johannesburg by Historic Racing South Africa in October.

Established veteran racers Francois van Tonder and Dr Johan Pretorius left an indelible mark in the Masters Class where they are both acknowledged and respected for their contribution to the sport.

A word or two from the sponsor
Tractionweb.com caught up with Dr Johan Pretorius, CEO of Universal, who is a keen motorsport enthusiast, as well as the driving force behind the Universal and CompCare sponsored motor racing team, who have thrilled the crowds in their eye-catching racing red and white Volkswagen Polos during the 2017 racing season. 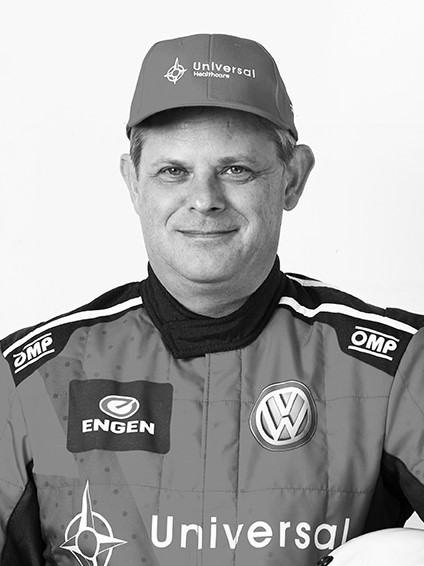 According to Johan, some may consider motorsport an unusual sponsorship for a large healthcare company and a medical scheme, but it makes perfect sense for a business that is focused on active young upwardly mobile individuals who know what they want from life.

“This is also one of the reasons why CompCare Wellness Medical Scheme is one of the very few medical schemes to cover all costs relating to sports injuries, including injuries sustained when participating in extreme and adventure sports,” he says.

“We are fully in the corner of extreme and adventure sports enthusiasts and this includes everything from professional athletes to weekend thrill seekers, such as myself.”

“We have long believed in aligning ourselves with companies and teams who strive for excellence, performance and endurance in everything they do, which is why our motor racing sponsorship makes perfect sense.”

“Just like a top performance vehicle needs to be built, maintained and adapted to perform at peak with each individual part playing a vital role, so Universal and CompCare have been honed to achieve optimal results for our many corporate and individual clients,” explains Dr Pretorius.

Looking ahead to the 2018 racing season
According to Johan, who is also the brain behind the Universal Racing team and its achievements, the upcoming new season holds even more excitement and exhilarating racing for Team Red and its fans.

For the first time Universal Racing will be competing in two categories, namely the VW Polo Cup and the Global Tours Car (GTC) championship.

Jeffrey and Johan will be driving the brand new VW Polo, which will only be launched in South Africa in 2018. The new vehicle will be considerably more powerful with a totally new configuration, new engine, as well as a brand new performance gearbox. According to industry pundits, at least 24 vehicles will be participating next year
Making a welcome return to Team Red is former Universal racer 31-year-old Trevor Bland who made his GTC debut in 2017 with no fewer than five podium finishes. Trevor will be racing in the 2018 GTC category with Johan.

Leading the resurgence in SA motorsport and healthcare
Just like the South African healthcare industry, which is constantly evolving and encouraging innovation, agility and peak performance, motor racing in South Africa is ever changing, demanding the very best from its participants.

“There is a considerable resurgence and interest in motorsport in South Africa and as an active participant and avid supporter of the sport I am wholeheartedly behind its revival and growth in our country.”

“While being at the forefront of motor racing in South Africa, Universal and CompCare also remain healthcare industry leaders with our forward-thinking mindset and formidable service levels outperforming competitors at every turn.”

“Our high-performance culture, the considerable reach of our healthcare footprint and our high-care approach to service delivery, demonstrate that we are a world-class organisation that has perfected the balance between quality, access, excellence of care and cost efficiency for over four decades,” concludes Dr Pretorius.