The Lexus NX was Lexus’ first foray into the compact premium SUV market. Featuring an angular design language, with strong body lines and prominent contouring – the NX certainly makes a statement. Underpinned by the iconic Lexus spindle grille, the NX is a prominent member within the Lexus family.

For 2017, the chic NX receives some minor cosmetic surgery and tweaking of its standard specification roster. 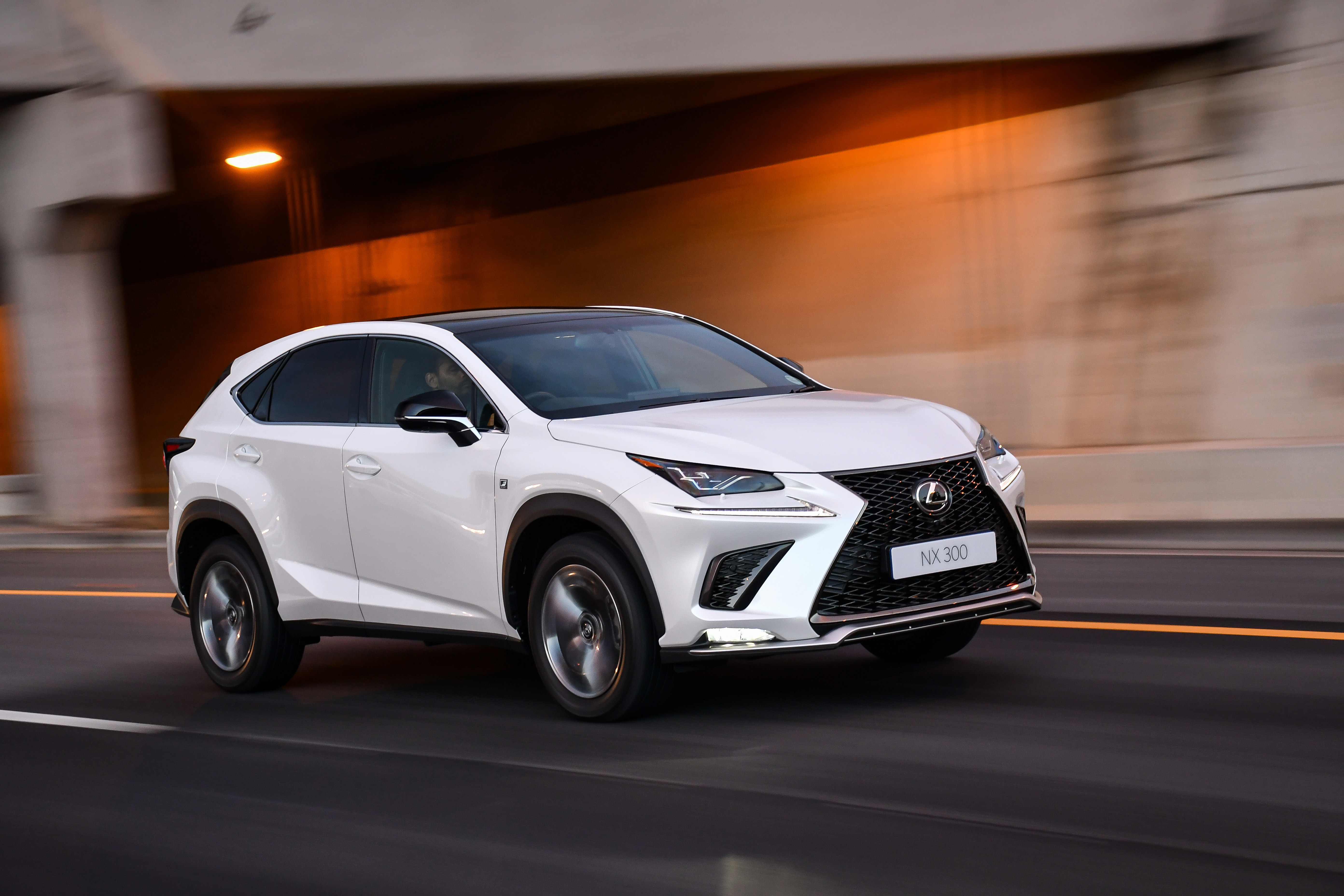 Building on the original model’s strong design language, the cosmetic enhancements have freshened up the exterior appearance without altering its sporty, dynamic demeanour. 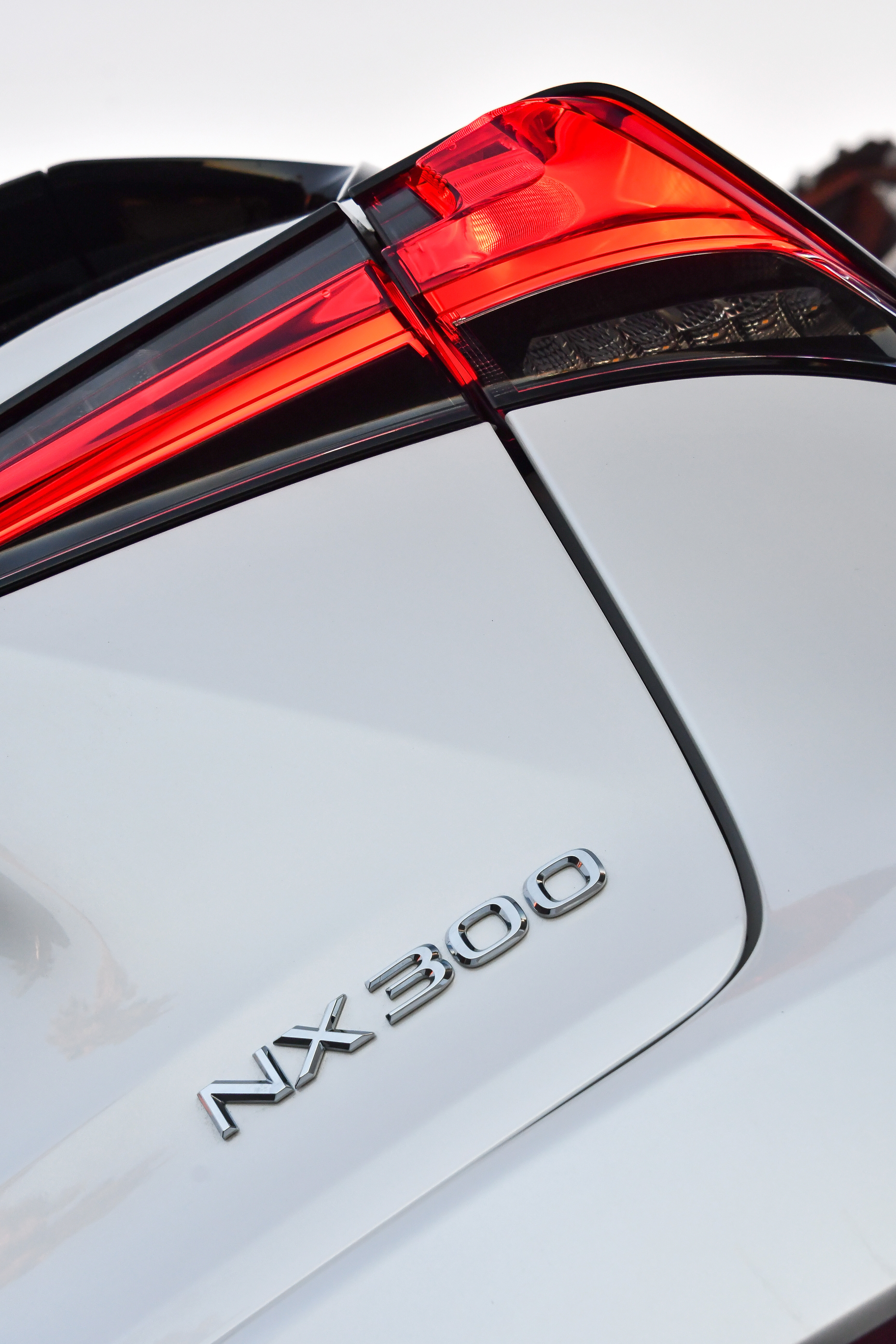 At the rear, all models receive new LED combination lamps. The rear bumper and license plate garnish have also gone under the surgeon’s knife – which tie in with the overall design theme and contribute to the refreshed NX’s athletic stance.

As part of Lexus’ global strategy, the ‘200t’ moniker (signifying a 2.0-litre turbocharged engine) has been replaced by ‘300’. The 300 badging bears reference to offering an equivalent power output to that of a 3.0-litre powerplant – this has been adopted to achieve parity between the petrol – and hybrid engine models’ badging convention.

As such the badging has been changed to NX 300 in E, EX and F Sport iterations respectively.

The gateway E-grade model adopts a 2WD drivetrain, delivering power to the front wheels via a 6-speed automatic transmission. The change to 2WD from AWD (all-wheel drive) brings with it, a reduction in fuel consumption and vehicle weight.

The established 2.0-litre turbocharged ‘4-pot’ engine remains intact (on NX300 variations), serving up 175 kW with 350 Nm on tap between 1650 and 4000 rpm. The engine utilises a combination of port – and direct injection (known as D-4ST) along with Variable Valve Timing intelligent Wide (VVTi-W), to optimise combustion in the pursuit of both power and efficiency. The twin-scroll turbocharger delivers a wide-spread of torque assisting with effortless acceleration.

The Hybrid-powered NX300h, uses a 2.5-litre four-cylinder engine paired with an electric motor. The petrol plus electric coupling delivers a total system output of 150 kW. The Hybrid strives for ultra-smooth running and exemplary fuel efficiency – and is particular suited to high-density urban commutes.

Lexus has refined the suspension of the NX SUV range to further improve stability, body control and ride comfort. Refinements include a new calibration for the rear stabiliser bar and stabiliser-bar bushing, as well as new front dampers with reduced friction.

The Adaptive Variable Suspension (AVS) on F Sport models has been upgraded to the latest iteration, as debuted on the LC premium sports coupe.

Both traditional spring and damper (on E and EX) and Adaptive Variable Suspension systems are designed and calibrated to maximise dynamic performance and cabin space, including separate spring and damper units at the rear, for a lower centre of gravity and minimal intrusion into the rear cargo area.

F Sport models have a unique suspension calibration and alloy wheel design. Rear stabiliser-bar stiffness on the refreshed NX, has been increased by 22 and 19 per cent (on Hybrid and turbo petrol NX 300 models respectively), in order to suppress roll angle and hence optimise vehicle turning posture.

In F Sport guise the NX packs an even greater visual punch. The spindle-grille ‘frame’ is finished off in a striking ‘black chrome’ effect which ties in with the dark ‘F-mesh’ grille.

The brushed-aluminium-effect lower apron which runs the full length of the front, creates a sporty appearance and ties all the frontal design elements together. Graphite-coloured vent trim on the edges of the bumper accentuate the powerful stance and F Sport identity.

Spec’ed and Spruced Up

The inside door handle trim has been changed from silver to satin finish on all NX models.

A key feature is the new 10.3-inch display audio screen (previous 7-inch) with enhanced graphics and clarity – employed on EX and F Sport models equipped with Satellite Navigation. The NX interior overhaul saw special attention paid to the centre cluster, with the navigation display enlarged to 10.3 inches, climate control panel refreshed and the number of switches reduced, for ease of operation. 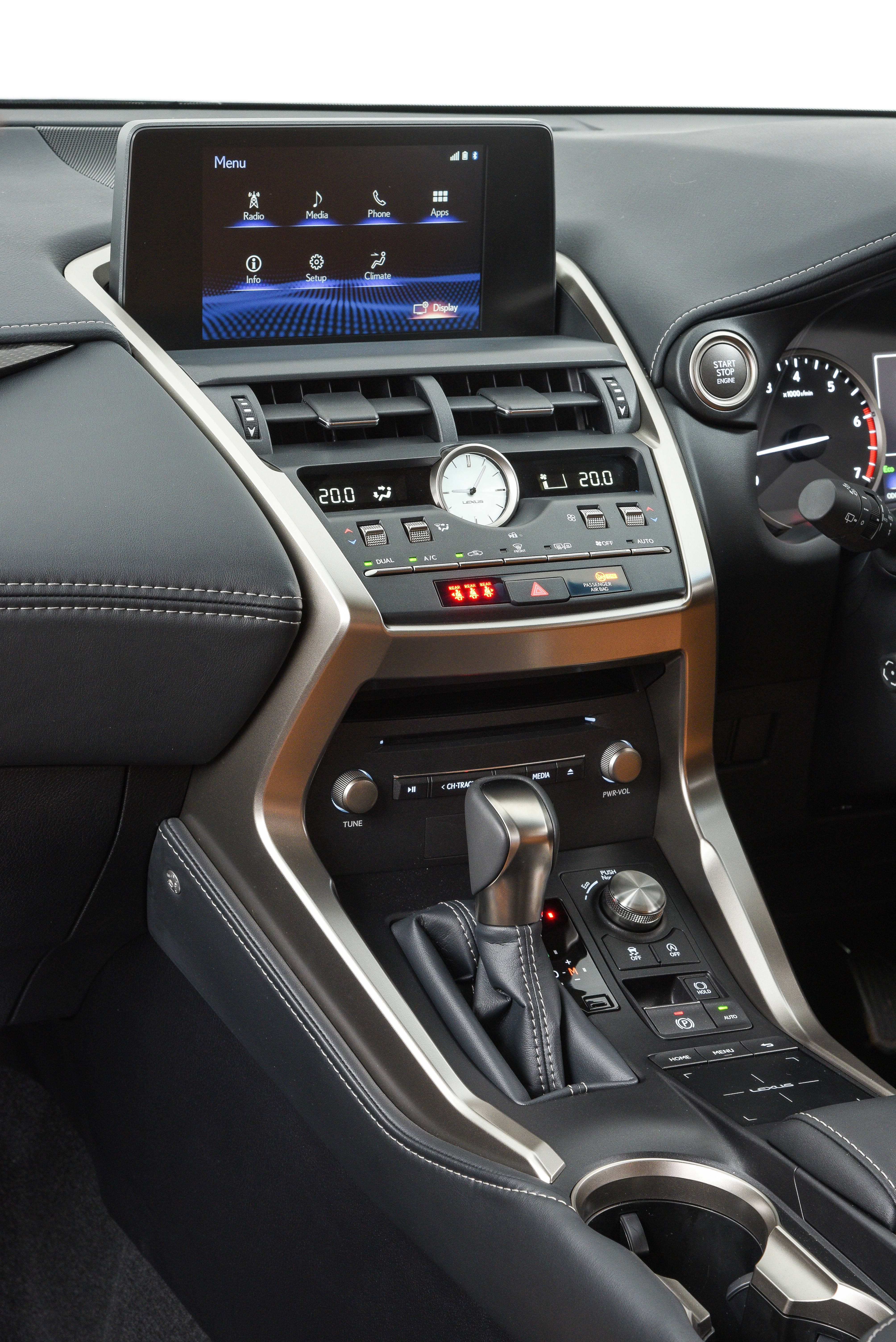 In addition, the button design has been modernised and the analogue clock redesigned with increased contrast between the hands and background for ease of viewing. The clock is now linked to the GPS function (where equipped), so the time is set automatically.

Air-conditioning switches have been grouped according to operations, while the overall panel layout has been made cleaner, by revising the size of the switches.

Metal toggle switches have been adopted directly below the LCD temperature/air volume and direction displays for improved operability and enhanced aesthetics.