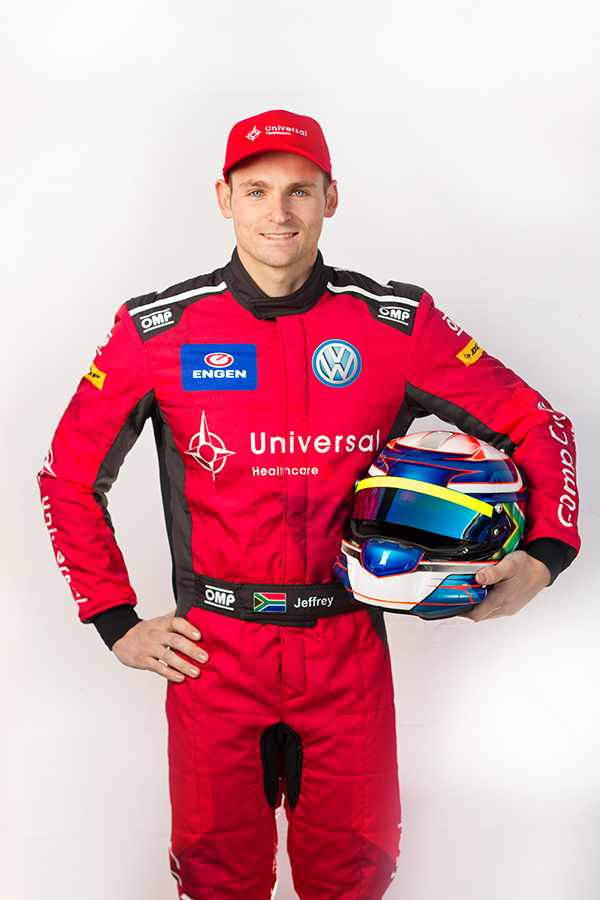 In his first year of racing in the Lotus Challenge, Jeffery Kruger won all 20 of his races in 2017 to steamroll the championship. Who is this young driver who is making such a name for himself and how did he manage to leap to the forefront of the local racing scene in such a short space of time?

There was no stopping 26-year-old Jeffrey Kruger in the 2017 Lotus Challenge in which he made a clean sweep of all of his races. He also deservedly was awarded Driver of the Year at the prestigious Night of the Stars hosted by Historic Racing South Africa at the Wanderers Club in Johannesburg late last year.

“There is no doubt about it, Jeffrey is a racing prodigy and true champion: not only did he did he make South African motorsport history by winning every race of the Lotus Challenge in 2017 and taking the championship, but he also won pole position in every race,” says Dr Johan Pretorius, fellow Team Red member and chief executive officer of healthcare company Universal.

This was achieved in his first year of racing in the senior class of the Lotus Challenge, using a vehicle developed by his family. Jeffrey was also a most valued member of Team Red, which is the Universal and CompCare Wellness Medical Scheme sponsored racing team, accomplishing a podium finish in almost every race of the Engen Volkswagen Cup during the 2017 season,” added Dr Pretorius, who is himself an accomplished Masters Class Polo racing driver and founder of Universal’s Team Red.

“It was a wonderful year in motor sport for me and I am pleased with the progress I made,” admits the modest young racing driver, who says he is inspired by the career of the late Brazilian Formula One racing driver Ayrton Senna da Silva.

Jeffery was already winning when he first started racing the Lotus in Class D of the Challenge in 2016, lifting the championship despite some teething and reliability issues with his car.

“Much of the credit for my success of my career these past few years must go to my father who has most generously made himself responsible for the technical and liability aspects,” observes Jeffery.

“In addition, the support from the other members of my family, including my mother and grandmother, has been invaluable to me throughout. My grandmother, who is now 85 years old, still tries to get to all the races she can in her little Ford Figo!”

Jeffery, who was born in Cape Town, moving to Centurion at the age of five, suspects that his enthusiasm for racing may be “in the blood”.

He started go-kart racing soon after moving to Gauteng and as his skills improved, the size of the engines got ever larger and he started racing at tracks around the country. In 2010 he was able to move on to the main circuit, where he started to race saloon cars.

Jeffery says that his grandfather started building the family-developed Lotus in a shed in Ladysmith in the Klein Karoo when he was a young child. “When I visited my grandparents at the age of three or four years old, they would let me sit in the driver’s seat of the car. I remember wondering how it would be to get behind the wheel and race such an incredible car. My grandfather finally completed the Lotus in 1999, and my father first started racing it.”

Four years ago, Jeffery was finally able to take the wheel of the car for the very first time. “It was a dream come true to get behind the wheel; the Lotus still handles like nothing else I have ever driven.” 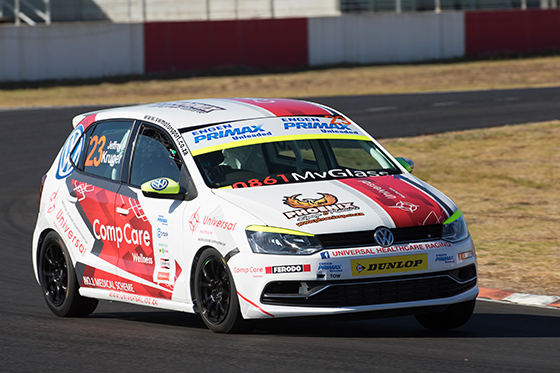 Jeffrey says that many people underestimate the effort, time, commitment and large amount of funding it takes to race at national level.

“One has to make some personal sacrifices to participate in motorsport. I don’t, for example, always get to see friends and family as much I would like, but motorsport is my passion and in the end I feel that the sacrifices are all well worth it.”

“I am really grateful for the backing from Universal and CompCare Wellness Medical Scheme and to be able to be a team member of Universal Healthcare Racing.”

“Jeffrey has the most remarkable driving instincts and I have little doubt that he will have another great season both within the Lotus Challenge and for Universal Healthcare Racing, which will be competing in two categories for the first time this year, namely the Engen Polo Cup and the Global Touring Cars (GTC) championship,” concludes Dr Pretorius.

On the move with Team Red

Be the first to comment on "MAKING SA MOTORSPORT HISTORY"