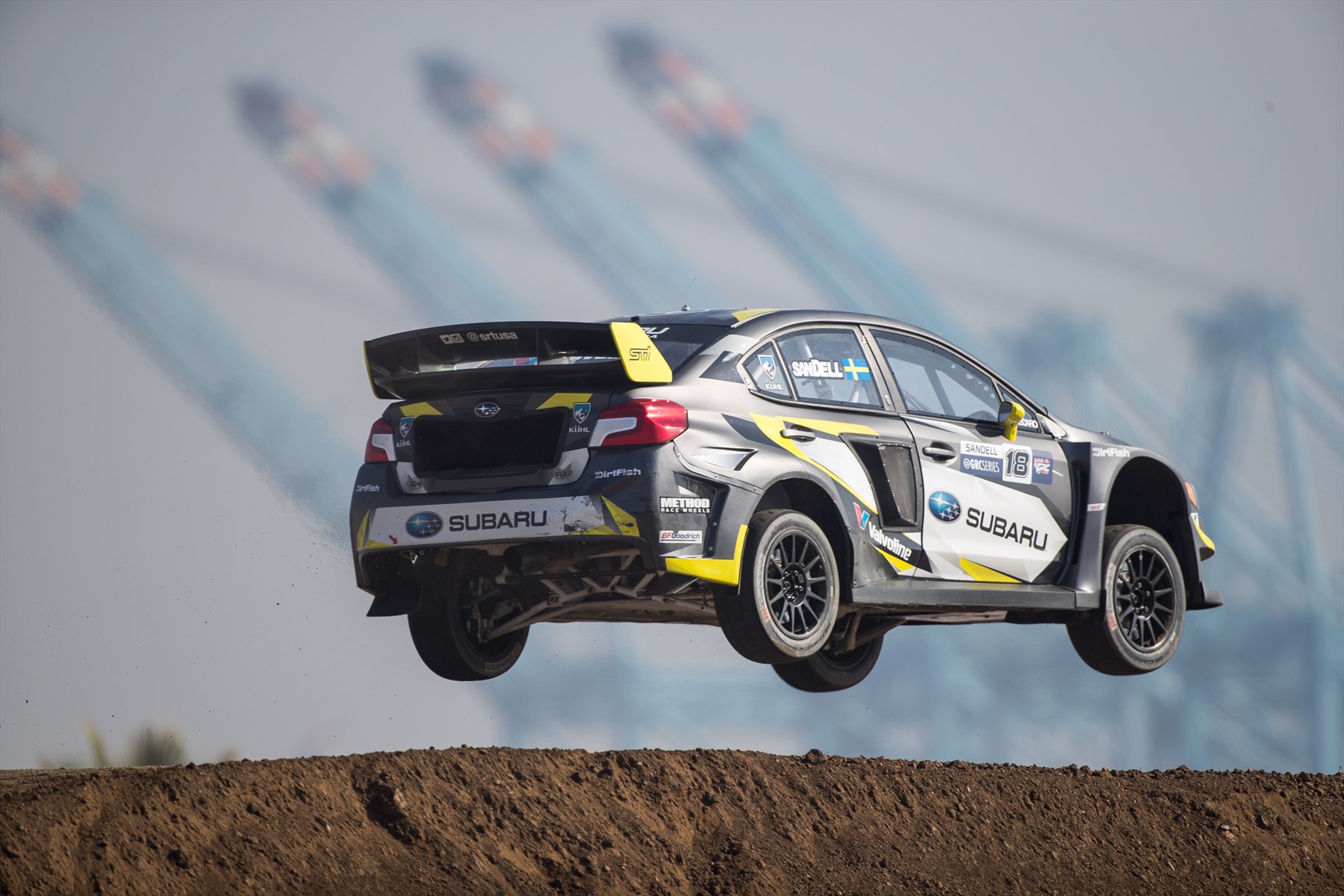 Without doubt the World Rally Championship (WRC) played a big role in establishing Subaru as a brand in the 90’s. Scenes of Colin McRae’s Subaru Impreza 555 jumping the air still excites to this day, and was the start of creating the Subaru passion which still runs through many a Subarist today.

As the only Japanese team to secure 3 Manufacturer titles and 3 Drivers titles in turn, Subaru left WRC in 2008 citing the global economic downturn at the time, and has since turned its focus to track racing, and involvement in regional rally series globally.

With the 30th year anniversary of STI falling in 2018, Subaru Motorsport and STI looks set to a stronger showing with the following key activities outlined for the year ahead.

SUPER GT Series
Subaru, with the “Subaru BRZ GT300” race car, will compete in the GT300 class of the SUPER GT Series again this year. 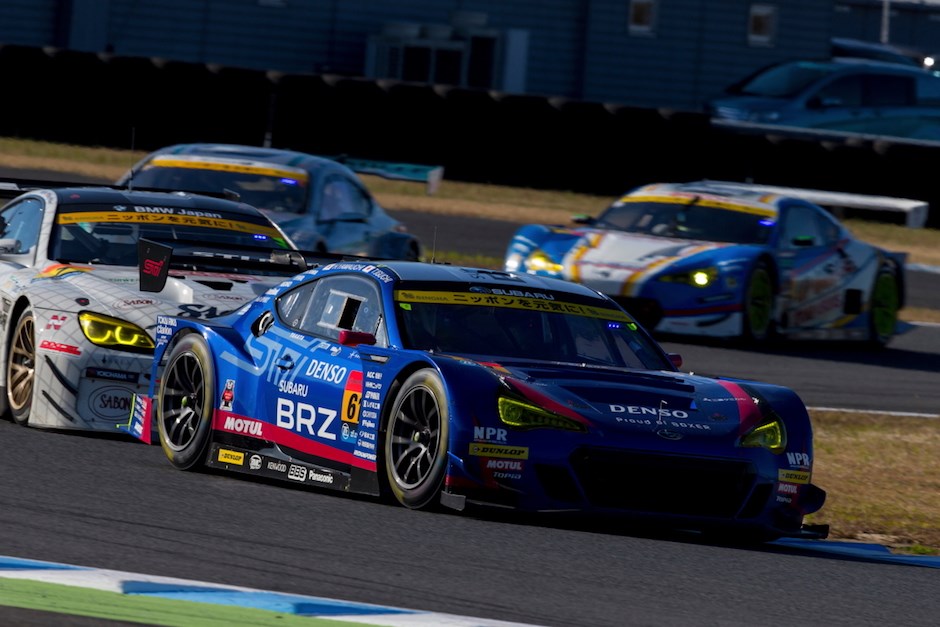 SUPER GT is a grand touring car racing series that began in 1993. Races take place on well-known Japanese race tracks such as Twin Ring Motegi, Fuji Speedway, and Suzuka Circuit, as well as smaller circuits like Sportsland Sugo, usually as single events of at least 300 kilometers It is the top level of sports car racing in Japan.

The 2018 series consists of eight races, seven of which will be held domestically in Japan, and one single fly-away round in Thailand. 2018 will be a landmark season for Super GT, it will be the 25th full season of the series.

Subaru had a rough season in 2017 finishing as high as second place once in the third round, and finished the season with a disappointing retirement without finishing the race. Taku Iguchi and Hideki Yamanouchi will return as drivers of the 2018 Subaru BRZ GT300 race car.

Nürburgring 24-Hour Race
The 46th Nürburgring 24-Hour Race will take place in Germany on May 10-13, and Subaru will compete in the event for the eleventh consecutive year with a Subaru WRX STI. Subaru has won the SP3T class (for sub-2-liter turbocharged vehicles) four times—in 2011, 2012, 2015, and 2016—and is looking to achieve the fifth class win this year.

The Nordschleife is considered one of the toughest race tracks in the world. It’s a narrow serpentine with a hard coating, closed corners and sharp elevation changes, without lighting and with minimal security measures. In many places, cars literally come off the ground. There’s more than 170 turns of varying difficulty and a huge number of blind ridges and narrow corridors, protected only by fencing.

Hideharu Tatsumi of STI will take the position of team manager and service personnel selected from Subaru dealers in Japan will participate in the race as a part of team crew together with members of STI. As for team driver line-up, Carlo van Dam (Netherlands), Tim Schrick (Germany) and Hideki Yamauchi (Japan) will be driving once again with the addition of Subaru SUPER GT driver Takuto Iguchi (Japan).

Last year, with only three hours to go, the 2017 Subaru WRX STI NBR suddenly caught on fire and was forced out of the race. The 2018 race car has the enhanced reliability with improved engine output characteristics, optimized gear ratio and larger diameter brake rotors. Subaru aims to win this year’s race with the car much improved from the one that missed out the podium last year. 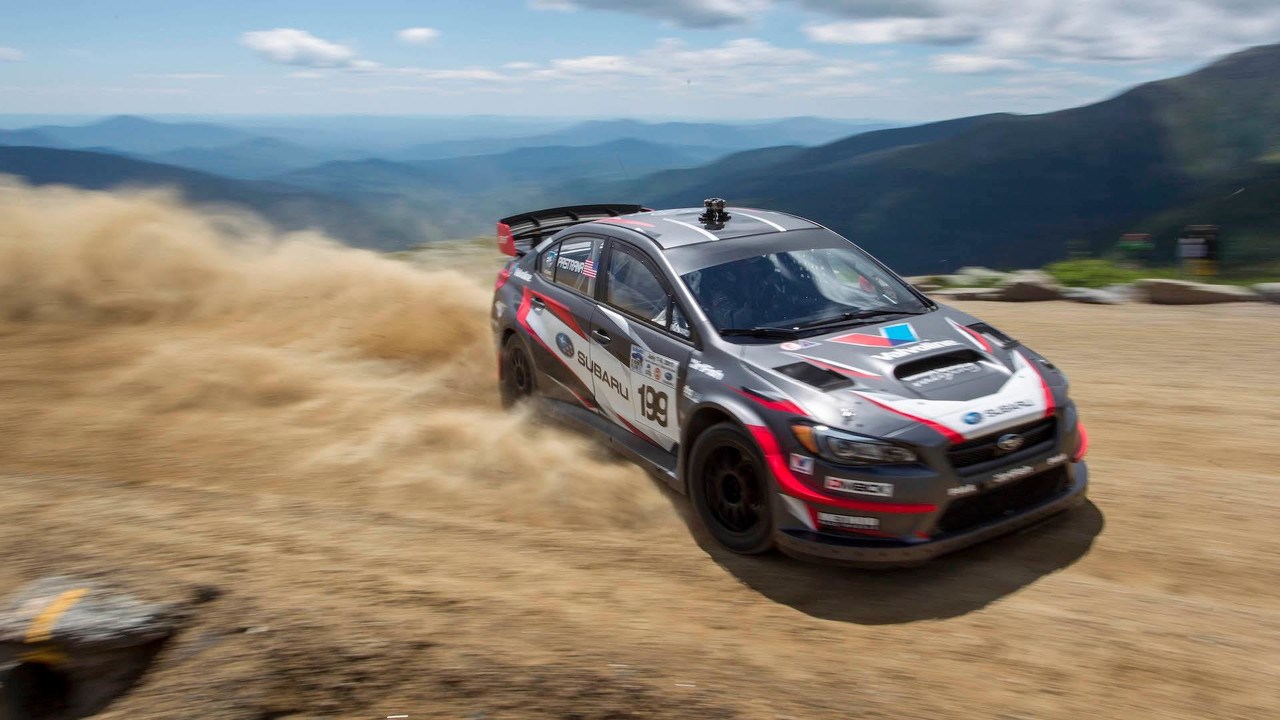 “Rally continues to offer both an exciting and challenging way to showcase Subaru production car technologies,” stated Subaru motorsports manager Rob Weir. “We’re fortunate to have a stable of proven rally drivers to complete a two-car team at all ARA rounds to defend our championship title.”

SRTUSA have won the ARA Championship 12 times, with 7 years of consecutive wins included.

Subaru is making progress and seems to be catching the competition as Patrik Sandell and Chris Atkinson reached the podium a handful of times in the #18 Subaru WRX STI and #55 STI in 2017. 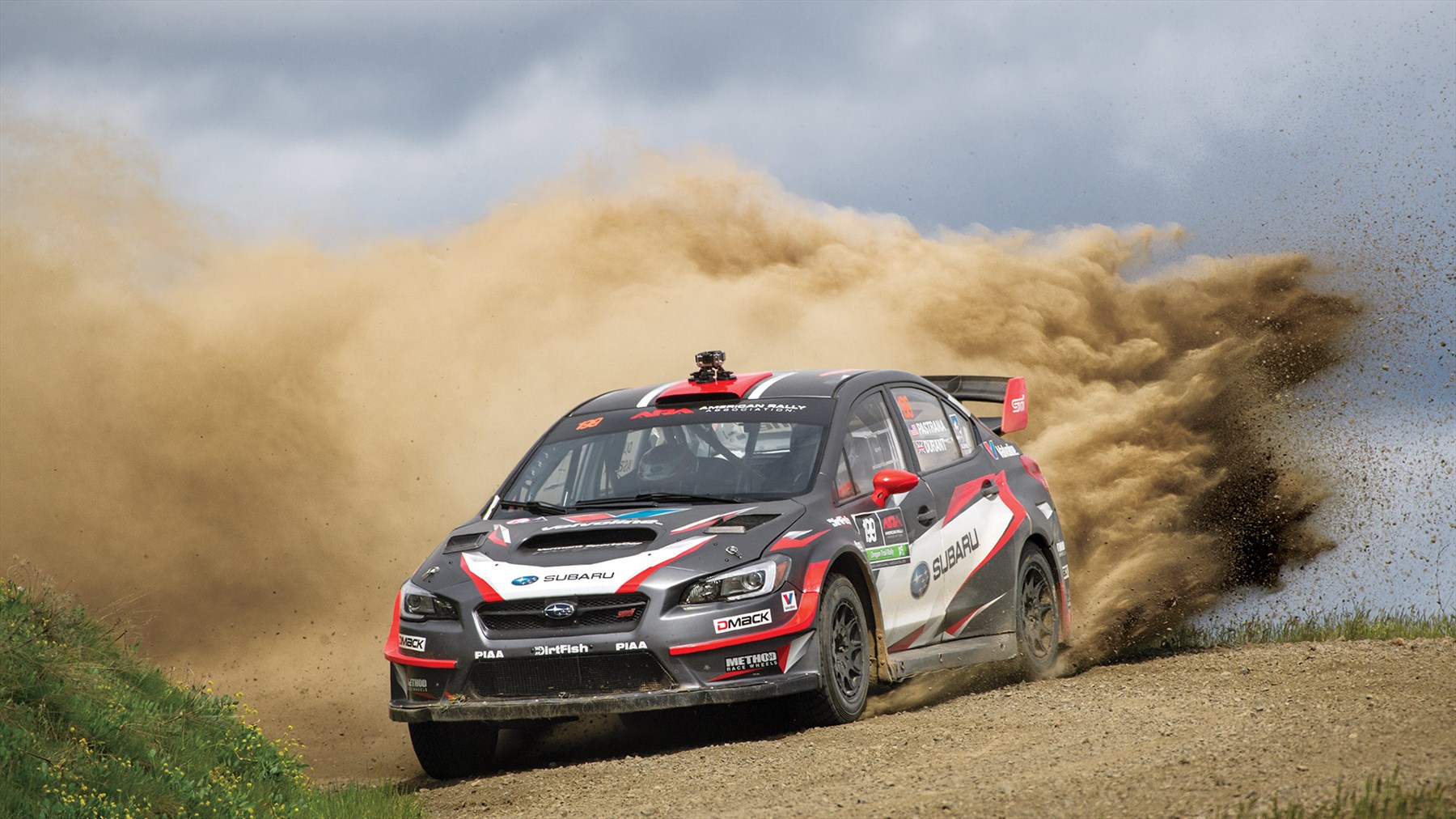 Atkinson and Sandell return as drivers as SRTUSA has been busy this off season trying to improve the 2018 WRX STI GRC Supercars even more so they can catch Scott Speed and Tanner Foust in the VW Beetles in 2018.

Subaru Australia Rally Team
2016 Australian Rally Championship (ARC) Winner Molly Taylor returns to the series having finished the 2017 series as runner up for the Subaru Do Motorsport team piloting her Subaru WRX STI.

After a disappointing final race at the end of 2017 with technical issues on her WRX STI putting an end to her championship challenge, she is determined to be back on the podium and secure the 2018 title.

Subaru Australia returned to the sport in 2016, after a break of more than 10 years. They remain one of the most successful teams having secured 9 Manufacturer titles between 1998 and 2005 prior to their 10-year hiatus ensuing.

Taylor is the youngest, and first female winner of the Australian Rally Championship. 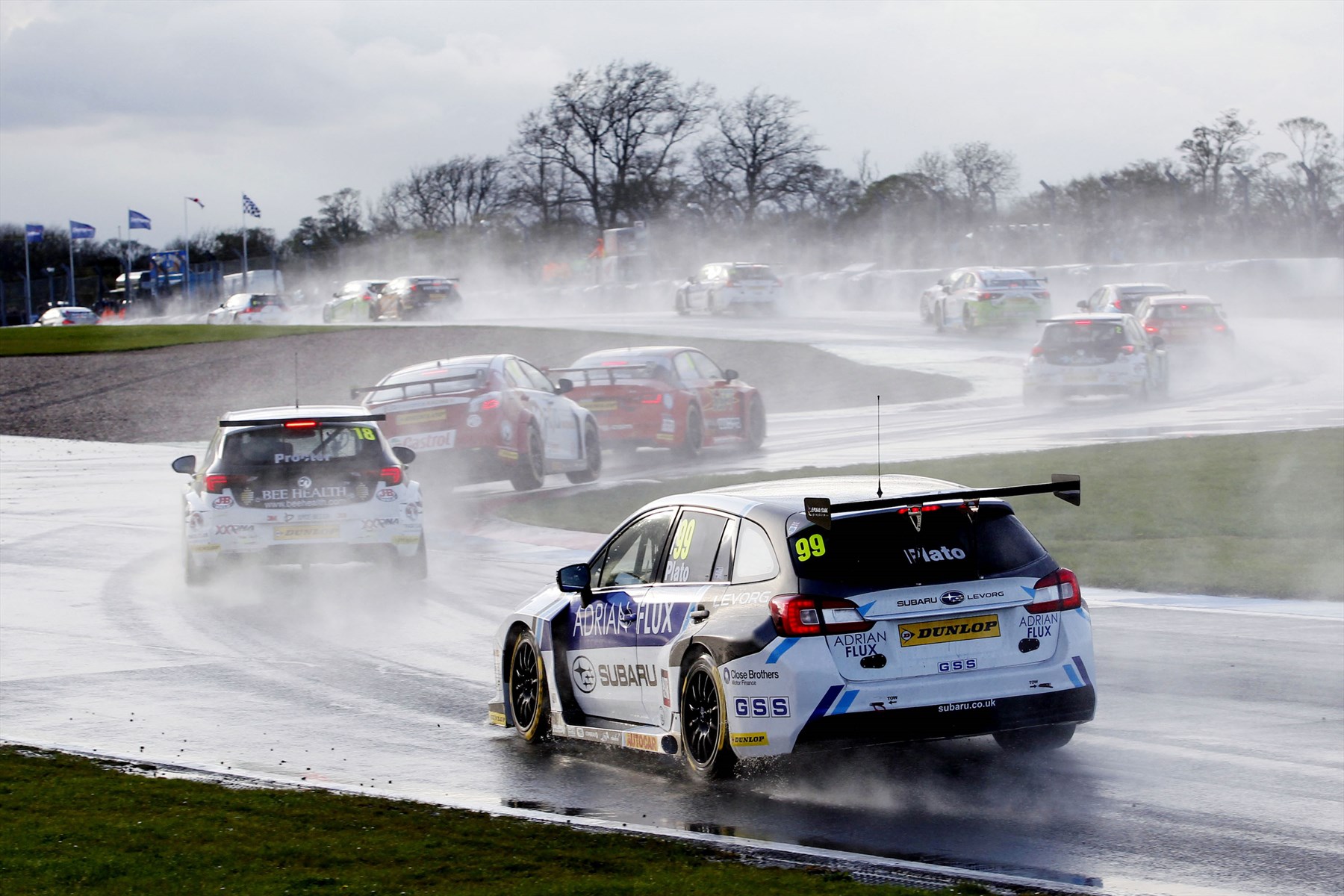 Through 2017 the 23-year-old Sutton totaled an impressive six outright wins, and celebrated no less than fifteen podium positions during the season.

For 2018, two-time champion Jason Plato will return to the BTCC season, after concluding a deal to remain alongside Sutton. Plato says “We have some exciting new developments in progress which should see the Subaru Levorgs fighting at the sharp end of the grid yet again. April can’t come soon enough.”

Ash Sutton is also optimistic for 2018 commenting “I am pleased to be back on the grid for the 2018 season with Team BMR and back behind the wheel of my championship winning Subaru Levorg! Last year is going to stick with me, it was a roller coaster of a season but one that’s going to sit well in the memory bank. We, as a team, will be taking into account the Teams Championship along with the Manufactures title for Subaru. I can’t wait to get going, the boys are working hard in the workshop in preparation for what lies ahead.”

Be the first to comment on "2018 SUBARU GLOBAL MOTORSPORT OUTLINE"