The Universal Healthcare Racing, or ‘Team Red’ as it is popularly known, is competing in two categories for the first time this year, the Engen Volkswagen Cup and the Sasol Global Touring Cars (GTC) Championship. On the Track spoke with Team Red members Trevor Bland and Dr Johan Pretorius to find out how they view their team’s chances this season.

With the racing season just getting under way, Team Red, which made something of a name for itself during the 2017 season with its striking, lightning-fast red and white cars, is raring to go and hoping to make a serious impression in both the Engen Volkswagen Cup, or Polo Cup, and the GTC Championship this year.

Trevor Bland, who made his GTC debut last year and achieved a most respectable five podium finishes, is back in the team he represented in 2016. This year, however, he will be racing in the GTC Championship alongside veteran driver and chief executive officer of healthcare company Universal Healthcare, Dr Johan Pretorius.

Up and coming young star Jeffery Kruger, whom we profiled in the last edition of On the Track, is meanwhile representing Team Red in the Polo Cup. Jeffrey is also racing with Dr Pretorius, who is looking forward to a busy racing season. 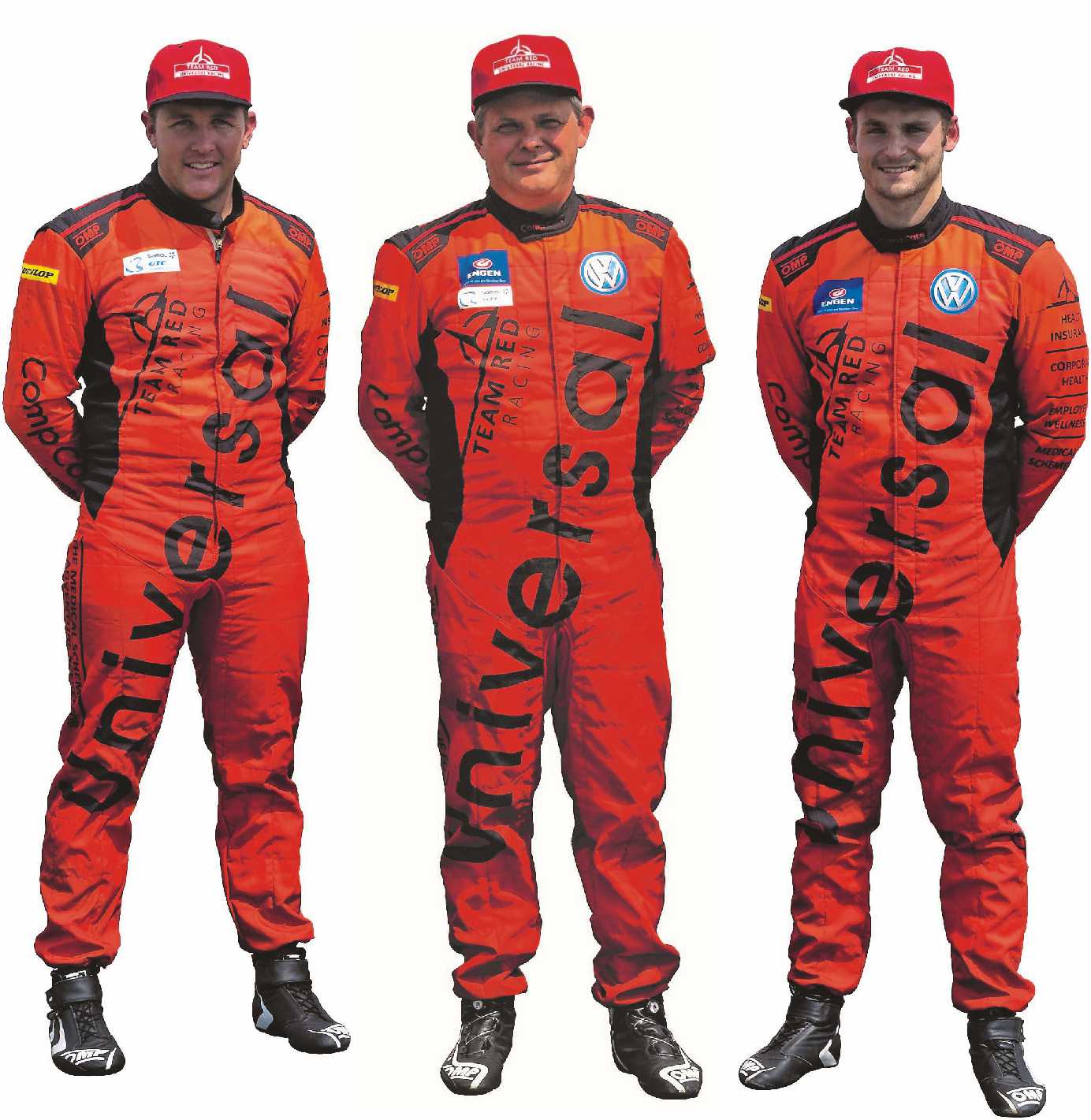 Superb talent
“Team Red has some great young talent in Jeffery Kruger and Trevor Bland, both of whom have outstanding driving instincts and are likely to go a long way in local motorsport,” says Dr Pretorius, who is himself no slouch at the wheel, having achieved a number of podium finishes in the senior division in recent years.

“With the brand-new VW Polo having been introduced, we expect the Polo Cup to be more exciting than ever before, and we are hoping that Team Red will have a particularly a strong season in this category,” adds Dr Pretorius.

The newly introduced Polo has a 2.0L turbo-charged engine that delivers some 150KW. Transmission is the new manual six-speed high performance gearbox, which is the same as that found in the Golf 7 GTI.

Turbo-charged
Dr Pretorius says that he and Jeffrey, who accomplished a podium finish in almost every race of the 2017 season, are greatly enjoying the new car. “It provides more torque, as well as a more efficient and reliable gearbox, and we are really looking forward to taking on our competitors this season,” he observes.

“One of the aspects that motorsport enthusiasts and many participants alike appreciate about the Polo Cup is that all of the vehicles have exactly the same specifications, so it is all up to the drivers. Their skills are paramount and this makes for most exciting racing.”

GTC Championship
Trevor Bland, who with Team Red for the 2016 Polo Cup, says that he is delighted to be re-joining it for the GTC Championship this season.

“The team, which is sponsored by Universal Healthcare and CompCare Wellness Medical Scheme, offers outstanding technical and on-the-track support to its drivers, and it is good to be able to learn from such experienced veterans as Dr Pretorius,” he adds.

According to Trevor, the real race in the GTC Championship is between the Golf GTIs and the Mini Coopers, but the factory teams with their immense financial and technical backing are also always difficult to beat.

“It is always gratifying to take on the factory teams in the GTC and beat them,” relates Trevor, who in addition to racing also enjoys tinkering with racing car engines and getting the most out of them.

“We have beaten them before and I am confident that we are going to have a fantastic year and once again give the factory teams a real run for their money.”

Red Team, which will be racing Golf GTIs, will be participating in an extended GTC competition this year. The season kicked off at Kyalami Grand Prix Circuit in Midrand on Saturday, 24 March, and will conclude in late October with an additional new race scheduled for the Red Star Raceway in Delmas.

Trevor, who is participating in his second GTC, is another promising young driver who says that racing was in his family and he consequently became interested in the sport at a very young age.

“I was always around racing, my grandfather was a racing driver and my father participated in Formula Ford. This is probably how I grew so interested in motorsport and I soon started karting,” relates the former Jeppe High School student.

He says that while karting is an important stepping stone for any aspiring racing driver, it is also an extremely expensive sport to participate and remain competitive in.

“My father reached a point at which he had to tell me that it was no longer possible for him to support my kart racing. I found ways to continue to participate in motor-racing though, and soon progressed on to Formula V and then the Polo Cup, which I raced in for some seven years before starting GTC.”

Team to watch
Dr Pretorius is of the opinion that Team Red will be a team to watch in both GTC and the Polo Cup this season: “We have the talent and members who are dedicated to performing and achieving their best.”

“With a number of developments occurring within both of these competitions, and motorsport growing in popularity, the 2018 racing season is sure to generate a lot of excitement. We hope that South Africans will come out to these events to support motor racing and Team Red,” he concludes.