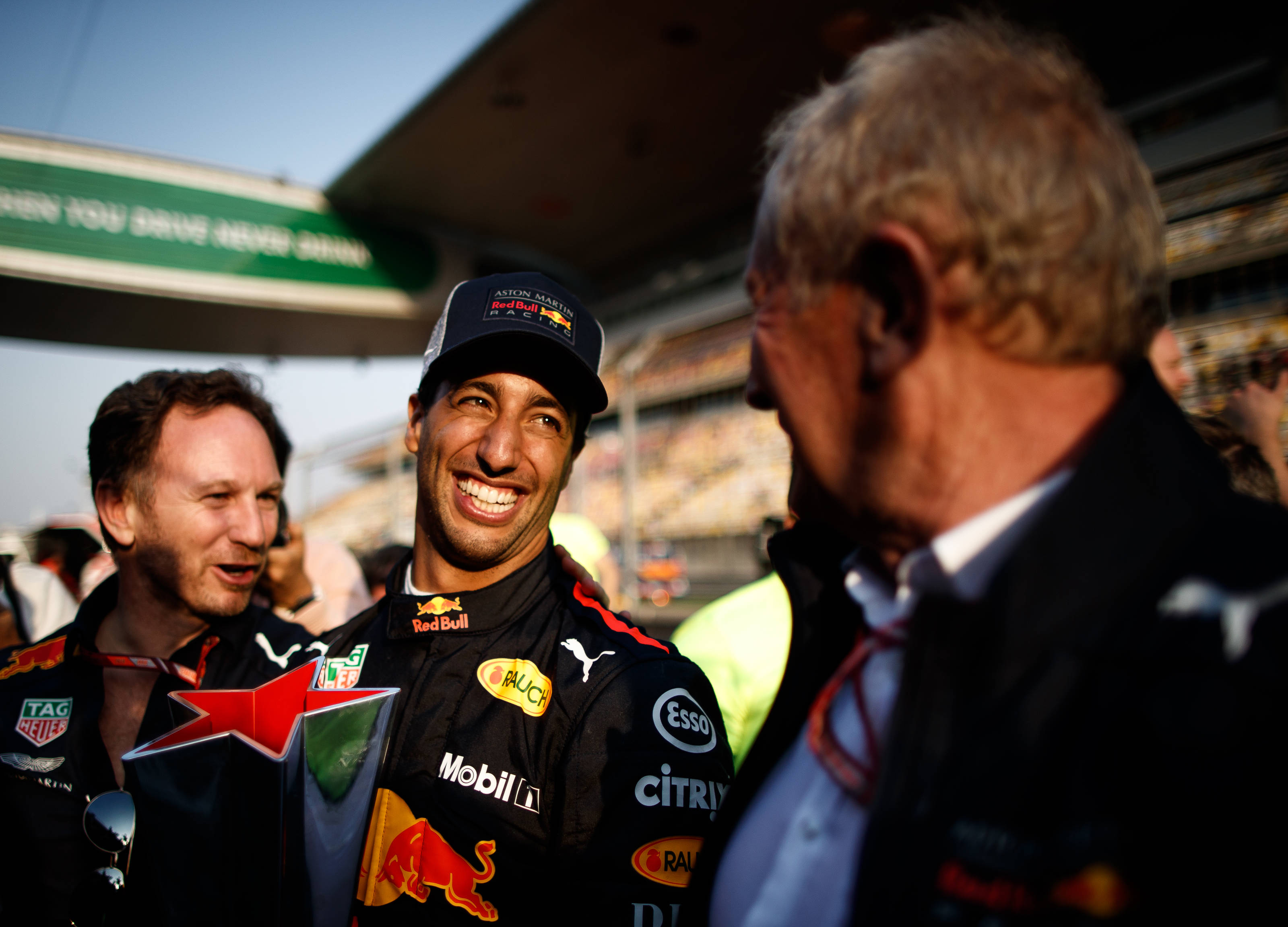 Daniel Ricciardo sealed a thrilling Chinese Grand Prix with a stunning series of late overtaking moves but the secret to his success lay in a rapid engine change by his Red Bull Racing crew. 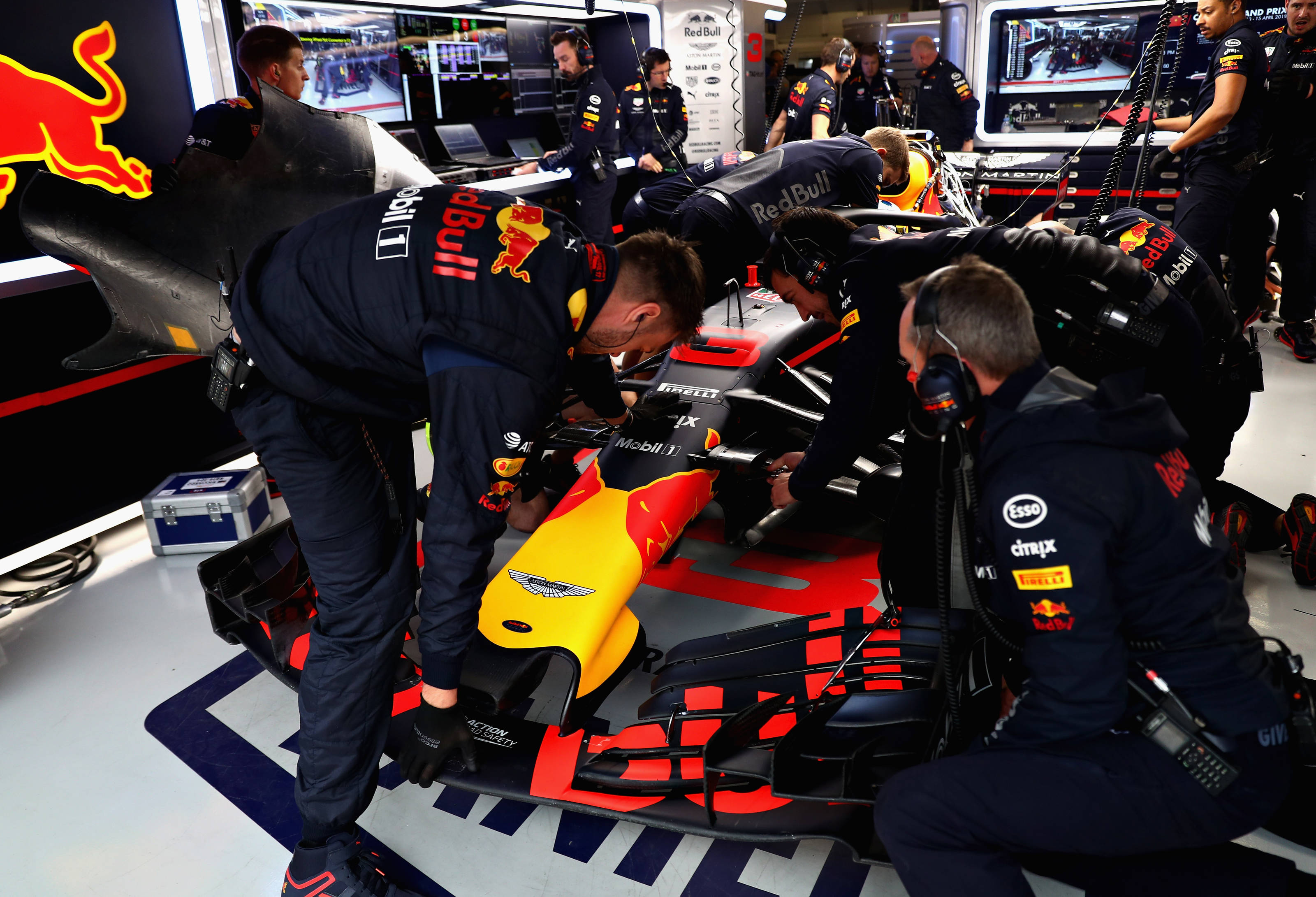 The team somehow managed to turn around a three-hour engine change in the space of alteration ahead of qualifying in Shanghai on Saturday, giving the Australian the platform to his success 24 hours later.

The engine needed to be changed after the third free practice session, meaning they had to dismantle the car, change the engine and put it all back together again in just two hours.

So, the whole rear end of the car had to be taken apart, including the rear wing, rear suspension and geabox assembly before the suspect engine could even be looked at.

Ricciardo’s No1 mechanic Chris Gent said: “The installation is a lot better than it used to be making it much easier to work on now but it’s still a massive job. And I’m not sure how many people were around the car but it was a lot. We were right on the limit. There wasn’t any spare time for anything. It was touch and go whether we made it or not.” 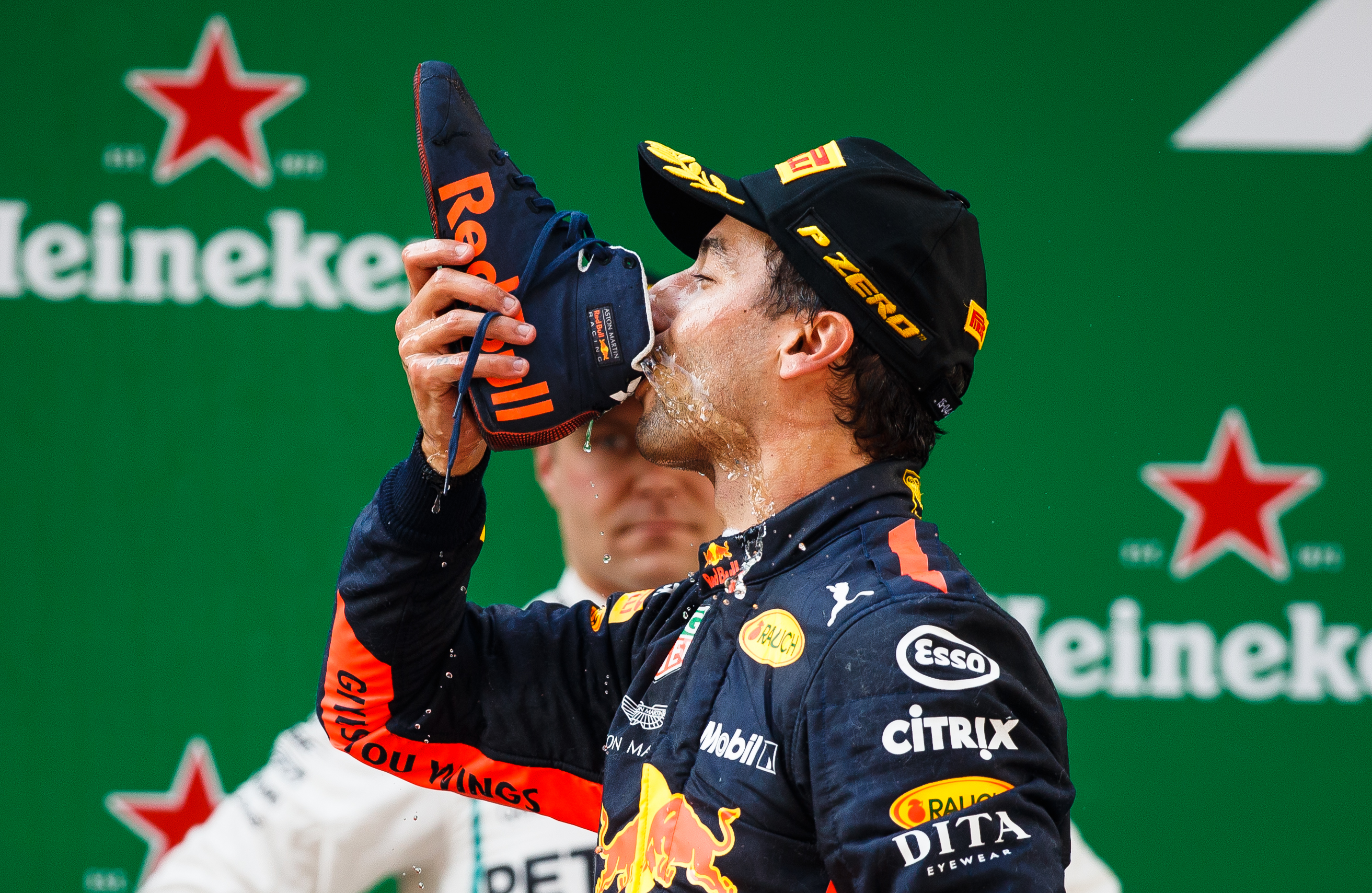 SHANGHAI, CHINA – APRIL 15: Race winner Daniel Ricciardo of Australia and Red Bull Racing celebrates on the podium with a shoey during the Formula One Grand Prix of China at Shanghai International Circuit on April 15, 2018 in Shanghai, China. (Photo by Lars Baron/Getty Images)

Ricciardo made it out with seconds to spare – no more than 30 according to Rennie – enough to give him a fast lap and sixth place on the grid for the unlikeliest of wins bearing in mind the engineering feat that went into it.

Be the first to comment on "How Red Bull Racing changed an entire engine in just two hours."