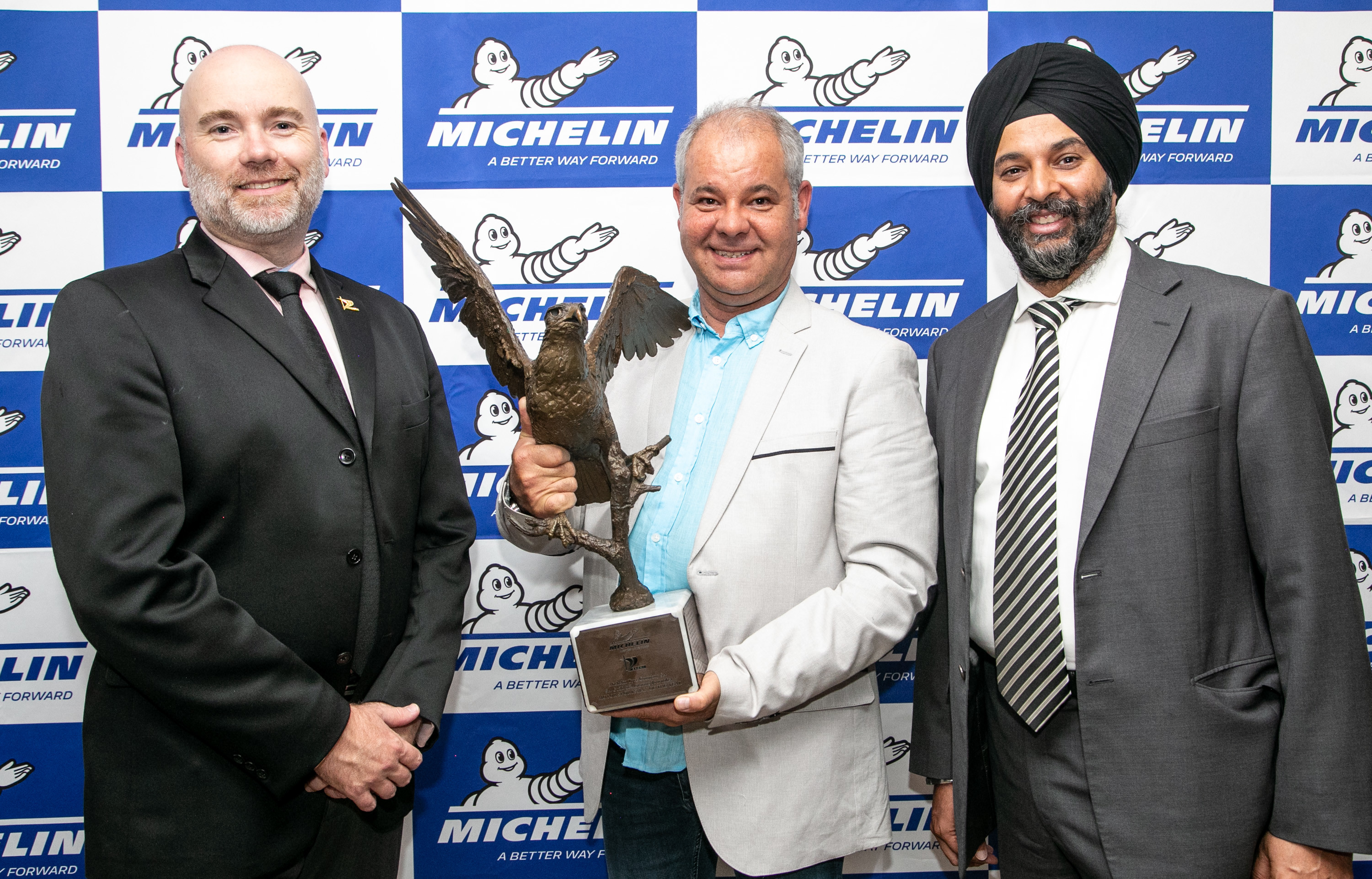 The South African Guild of Motoring Journalists’ 2017 Motor Sportsman of the Year, sponsored by Michelin, is 21-year-old Kelvin van der Linde of Johannesburg.

This is awarded to him for his many achievements racing an Audi R8 with great success in Australia, America, and Europe, where he was part of the team that won the 24-hour race at Nürburgring. This is the third time that van der Linde has been awarded this trophy for his racing achievements.

Other South African motor sportsmen who were nominated were Matthew Scholtz, who won the American super stock 1000 championship and was inducted into the AMA (American Motorcyclists Association) Hall of Fame.

Wilhelm Baart who won his class at the Jaguar Simola Hill Climb in 2017 in his 1000hp Nissan GT-R, breaking the 40 second barrier for the event in a time of 39.892 seconds.

Ryan Hunt who has raced Moto-X for nearly four decades, winning 12 South African titles. He also competed with great success in the United Kingdom, Europe, and the United States. He has been awarded Springbok colours and has a Motorsport South Africa lifetime achievement award for representing our country in international events.

Richard Leeke who became the youngest driver to ever win a national rally. Richard won the Volkswagen Rally at only 21 years. He missed out on winning the overall championship by a small margin during the last event of 2017. 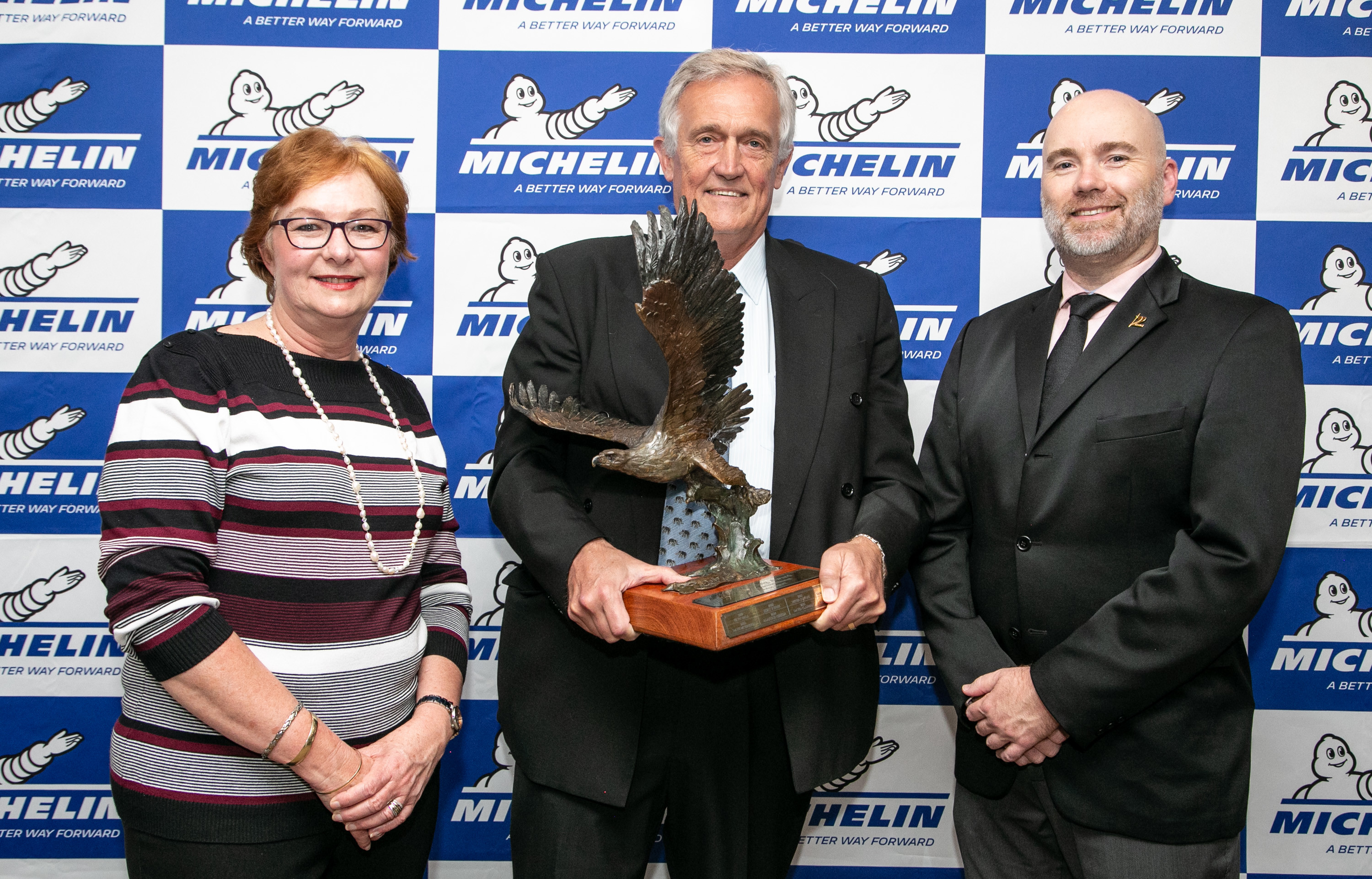 COLIN WATLING AWARD
The 18th presentation of the Colin Watling award for non-competitors in motorsport was taken by Des Easom and his team at the Western Province Motor Club at Killarney in Cape Town. They successfully organised the final round of the World Rally-X Championship. This was the first time in 25 years that South Africa hosted a motoring-related world championship event of this scale. Their successes have seen them signed up for the next five years.

Other nominees were Ian Shrosbree and his team for successfully organising the Jaguar Simola Hill Climb in Knysna that has taken place for the last 9 years.

Gavin Williams who supplied pre-1989 Historic Moto-X machines and helped the South African team with organisation and logistics at the Vets Moto-X Championship in England where South Africa secured 4th position against 52 other countries.

Glyn Hall and the entire Hallspeed motorsport team. This includes everyone from the team that ensures the SA built Toyota Hiluxes remain competitive, to the tough drivers that compete in both the South African Cross-Country Championship and the gruelling Dakar Rally in South America.

Waldo van der Waal and Hannes Visser from Plan C Productions, who is there to provide extensive media coverage on television, print and online mediums. This includes everything from local rallies and Cross-Country events to the Dakar Rally. Previous winners of these prestigious awards are: