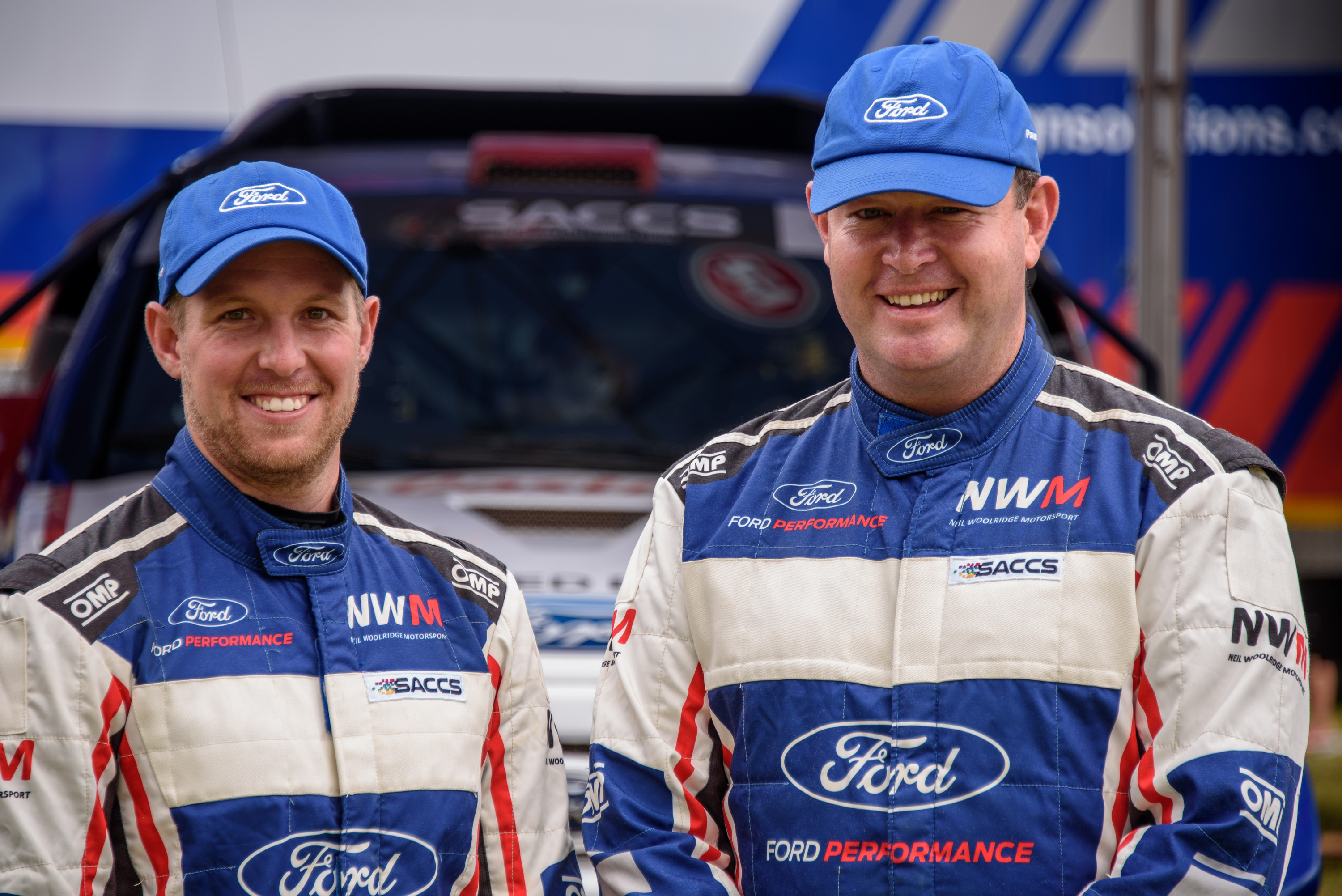 The Ford Neil Woolridge Motorsport (NWM) team heads to Botswana next weekend with the aim of claiming its third consecutive victory in the 2018 South African Cross Country Series (SACCS).
The annual Toyota Kalahari Botswana 1000 Desert Race is the third round of the championship and takes place in Jwaneng from 22 to 24 June. It is the country’s biggest sporting event of the year, with a massive turn-out of enthusiastic spectators all along the route.
“The Botswana Desert Race is always extremely tough on the vehicles and the crews as it’s basically two races in one weekend,” says Neil Woolridge, NWM team principal. “The terrain is very challenging with a mix of extremely tight sections through dense bush, along with long, flat-out roads with soft sand.
“We have totally rebuilt all three Rangers in preparation for Botswana as the muddy conditions experienced in the first two races is very hard on components, and we need to make sure there aren’t any reliability issues.
“Tyres play a huge role in this race, and in the past two years we’ve had to settle for second place due to punctures,” Woolridge adds. “Our pace is really good this season, so as long as we can minimise our tyre troubles, we should be able to do well.” 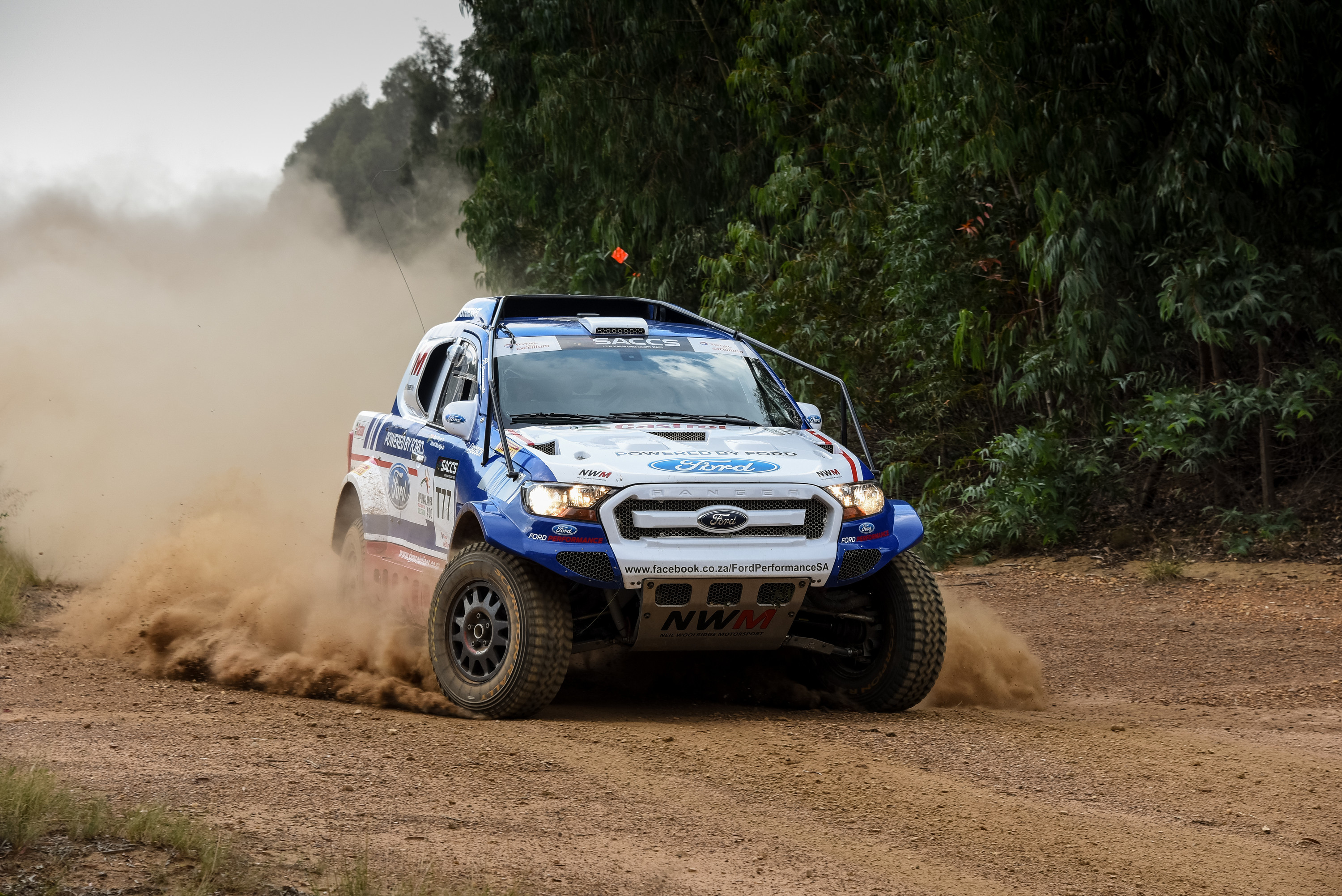 Lance Woolridge and Ward Huxtable (T34) are in the enviable position of leading the Class T standings, having shown impeccable form by winning the first two races of 2018 in their NWM Ford Ranger. With the prospect of double points up for grabs on the only three-day 1 000km marathon race on the calendar, they are aiming to maximise the advantage and will begin the Desert Race with 60 points – 25 more than reigning champions and second-placed Johan and Werner Horn (Malalane Toyota).
“We’re hoping to carry our winning form into the Desert Race this year, and finally take the top step of the podium after finishing second to the Horn brothers in 2017,” Lance Woolridge adds. “We have great momentum this season, and this event is a crucial one for the championship.”
Having rounded off the Desert Race podium last year with third place overall in Class T, Gareth Woolridge and co-driver Boyd Dreyer (T77) are focusing on transforming their outstanding qualifying pace into a decent points haul. They are currently seventh in the fiercely competitive championship after retiring at the season-opener in Mpumalanga, and limping home to fifth place at the Battlefields 400 in Dundee. 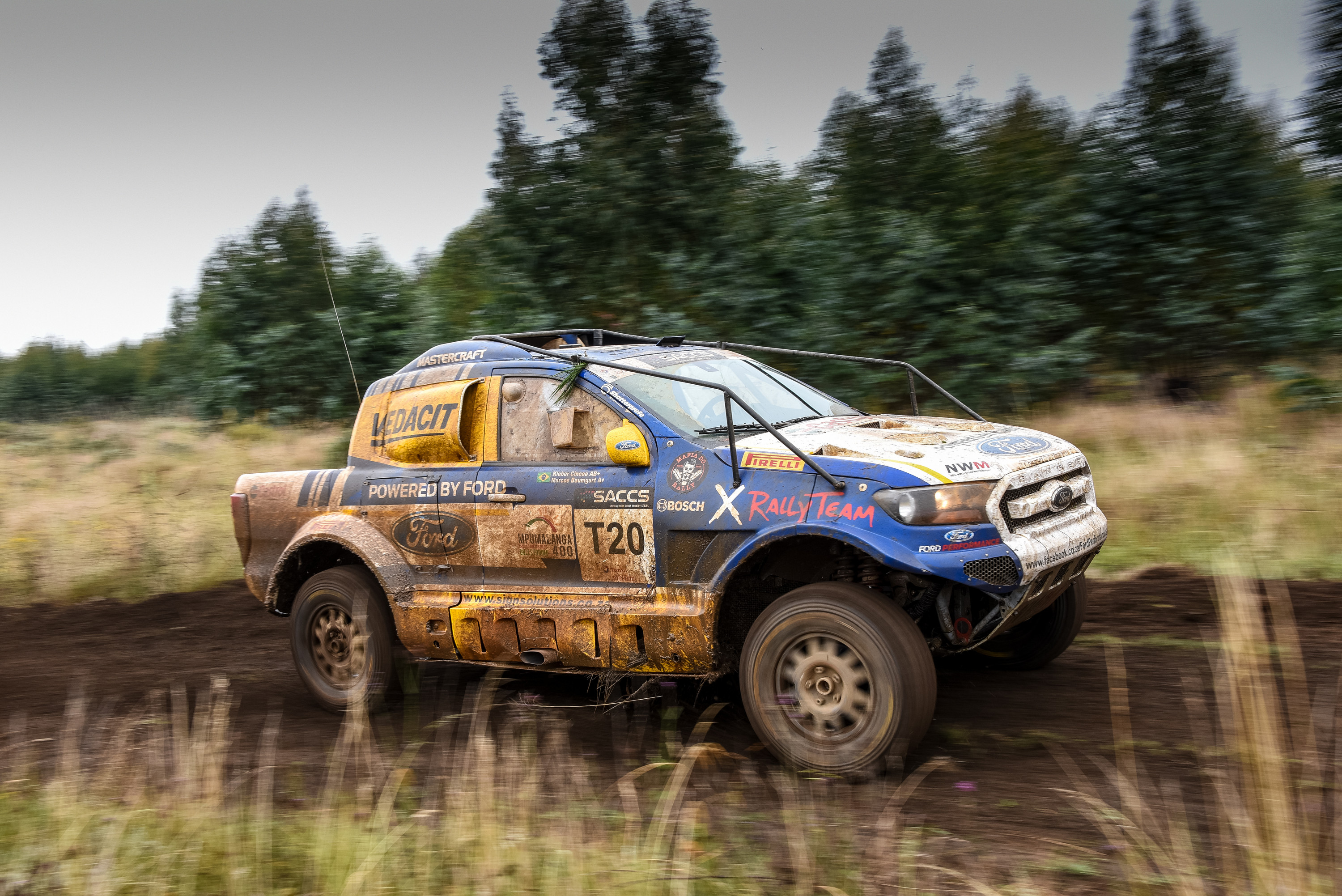 The X Rally Team of Marcos Baumgart and Kleber Cincea (T20) return to the SACCS in the third NWM Ford Ranger full of confidence after extending their lead in the Brazilian cross country championship. Having scored a clean sweep of victories thus far in their domestic series in a near-identical Ranger, they were also rewarded with a third-place finish at the Mpumalanga race. Accordingly, Baumgart and Cincea are keen to make up lost ground after missing the Dundee event due to a clash of calendars.
According to the organisers, the 2018 Desert Race route mixes the old with the new, covering vast open expanses of the southern district of Botswana. Friday’s short qualifying session comprises a 50km time trial, with the main race commencing on Saturday with two 225km loops to the east of Jwaneng and the Debswana mine.
The action resumes on Sunday with the second part of the race, comprising two loops of a 220km route that runs to the south and then north-west of Jwaneng. The race headquarters, start/finish and designated service park are once again located at the Jwaneng Sports Complex.