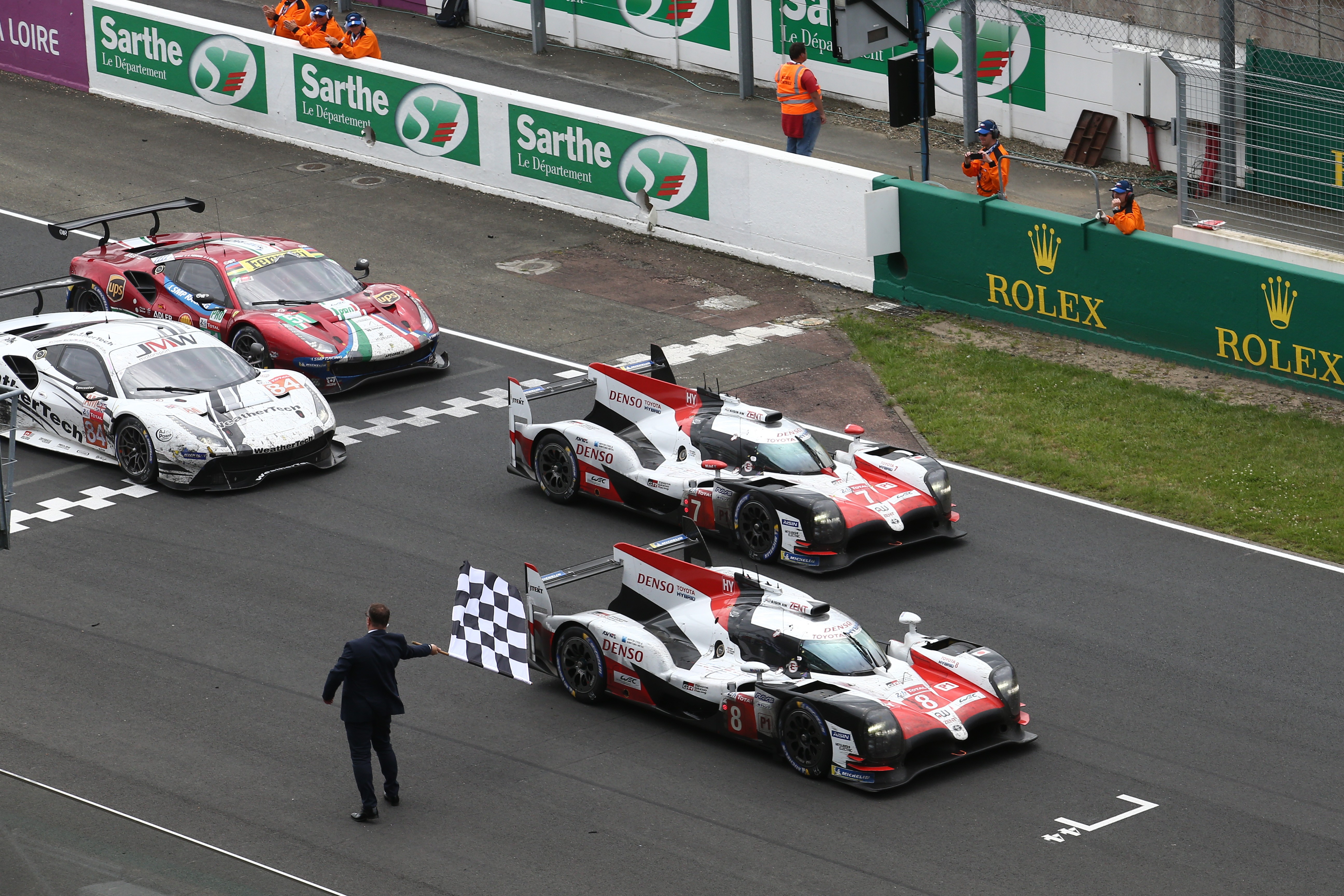 Toyota Gazoo Racing finally won the 86th Le Mans 24 Hours, their cars taking the chequered flag in first and second place on Sunday 17 June. It was a historic first victory for Toyota in its 20th entry in the world-famous race.

Sébastien Buemi, Kazuki Nakajima and Fernando Alonso started from pole position in the No. 8 Toyota TS050 Hybrid and claimed their win after 388 tense and often dramatic laps of the La Sarthe circuit. The result extends their lead in the 2018-19 FIA World Endurance Championship.

Mike Conway, Kamui Kobayashi and José María López, who led for long periods of the race in the No. 7 car, made it a perfect result for Toyota, coming home in second place in front of more than a quarter of a million fans.

Nakajima said: “It’s great to be here finally; it has been a long time. I am almost speechless. I had great team-mates and Toyota gave us a very strong car. We finished the race without any issue on both cars so I feel we all deserved to win the race. To win this race has been a big dream for all of Toyota since 1985. There have been many people involved in this project so I am proud to be here to represent all that effort.”

Prior to this weekend’s race, Toyota had entered 47 cars at Le Mans and finished on the podium six times. Today’s result makes it only the second Japanese manufacturer to win the race, while Nakajima becomes the first Japanese driver to win in a Japanese car.

The result is the culmination of intense and determined efforts by Toyota Gazoo racing colleagues from Higashi-Fuji in Japan and Cologne, Germany, to continually improve the hybrid electric technology which powers the race cars. In winning this weekend’s race, the race cars used 35 per cent less fuel than in 2012, when Toyota returned to international endurance racing. 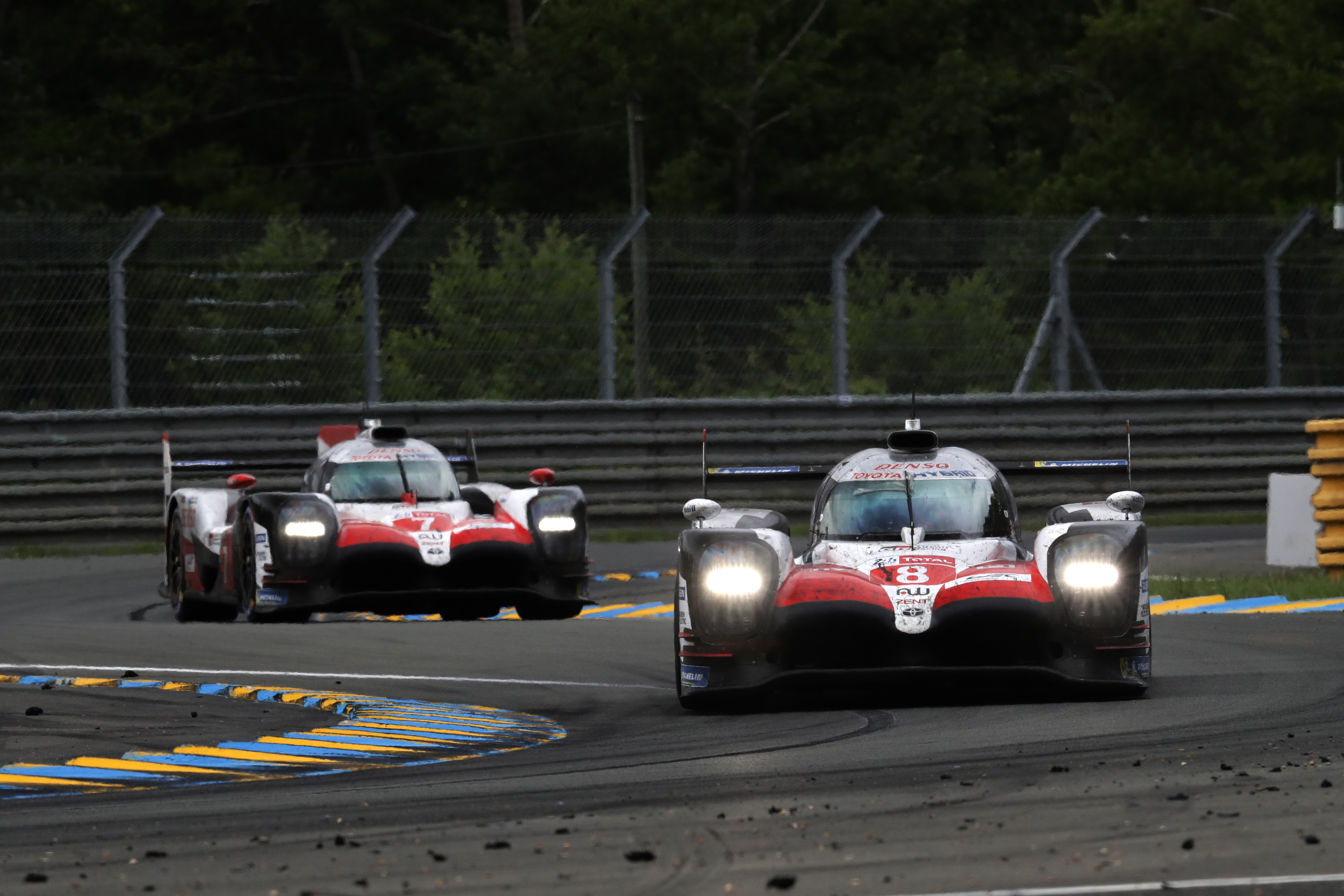 The two TS050 Hybrids were evenly matched throughout the 3,285 miles of the race and swapped the lead several times. Two stop-go penalties for the No. 8 car, compared to just one for the No. 7, required Alonso to put in an impressive night-time stint on his Le Mans debut in order to get back into contention. It proved to be a day on which all the drivers performed exceptionally in a high-pressure environment.
A fuel issue late in the day dropped the No. 7 Toyota off the lead lap, so Nakajima crossed the line with a two-lap lead from Kobayashi in the sister car. 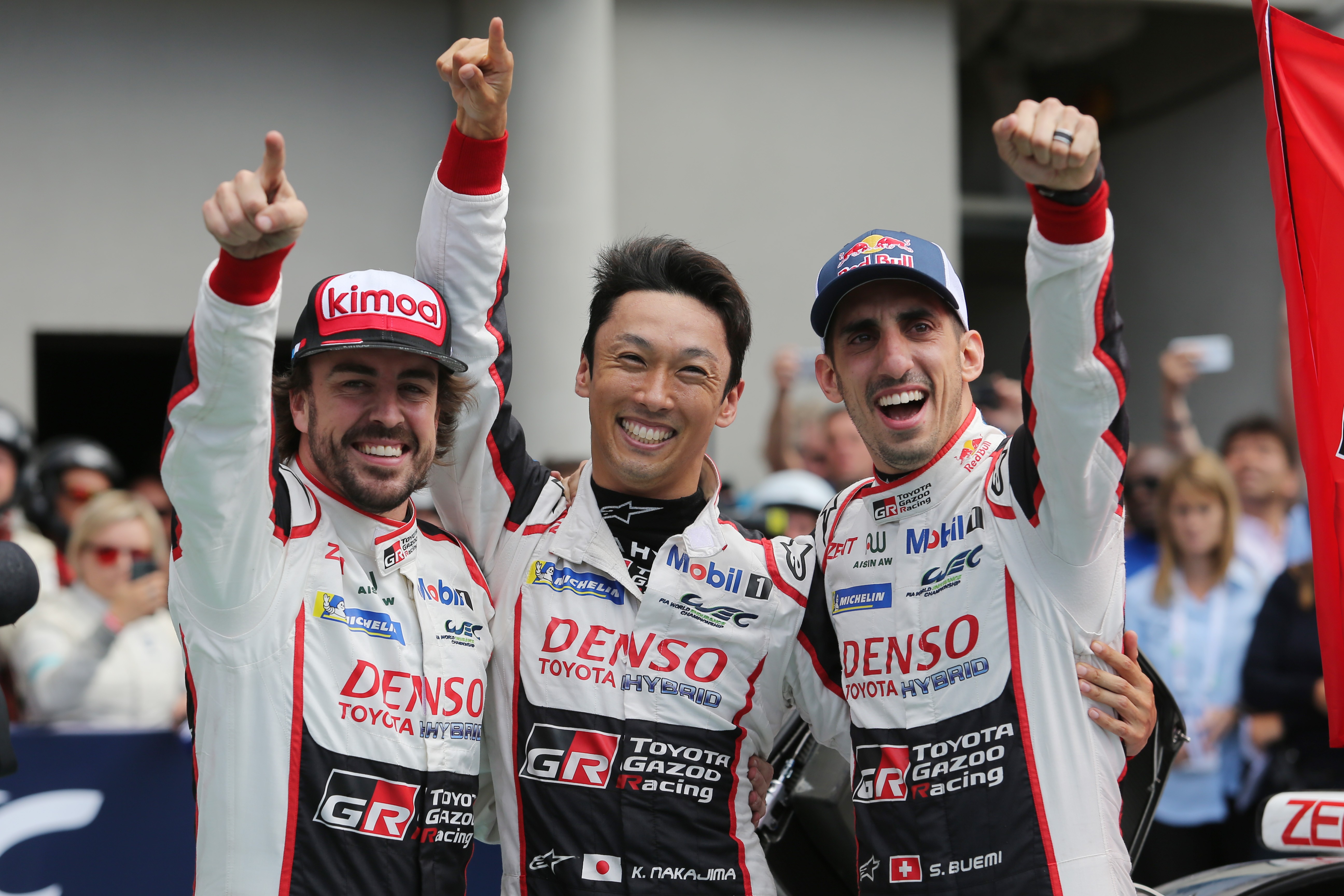 Akio Toyoda, Toyota President, congratulated the team and credited their success to the hard work and determination of everyone involved and their commitment to kaizen – the continuous improvement that is a core principle of Toyota. He said: “Finally, we won 24 Hours of Le Mans this year. I want to enjoy the great feeling today with all fans who have supported us for long time.

Of course this is another step towards the next challenge so I would like to ask your continuous support from now on too. Thank you very much.”

The team will now have a nine-week break before returning to action in the third round of the FIA World Endurance Championship, the 6 Hours of Silverstone, on 17-19 August.