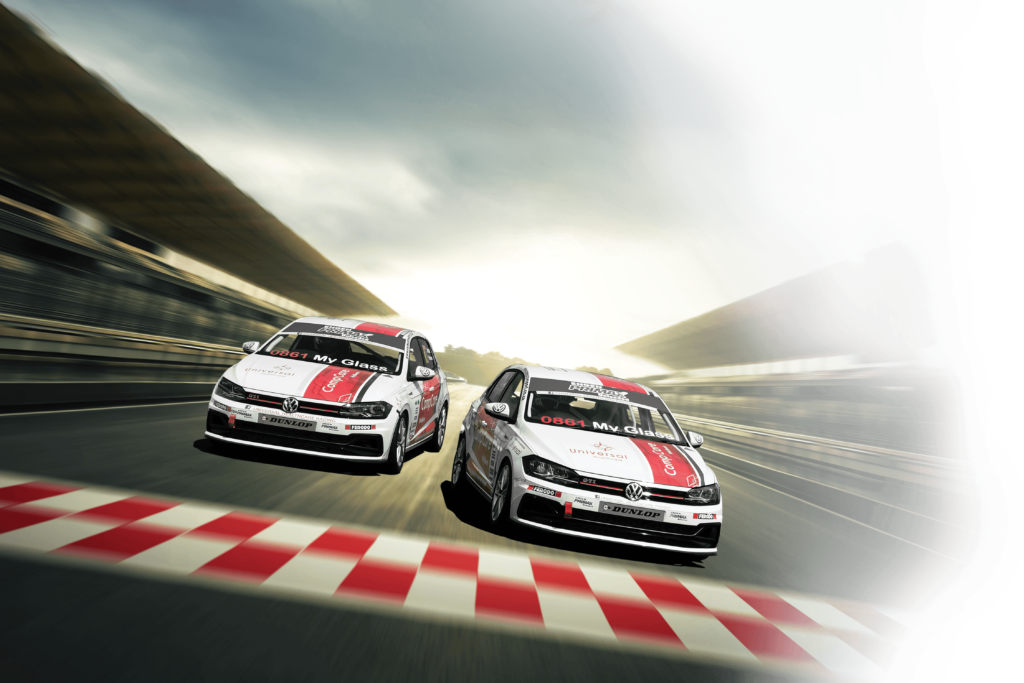 Up and coming star Jeffery Kruger, who is racing with veteran driver and chief executive officer of Universal Healthcare, Dr Johan Pretorius, in the VW Polo Cup Series, says he “is all revved up and ready for the remaining part of the championship”.

Jeffery is currently leading the series by five points and is also in the lead in the junior division.

One of the characteristics of the VW Polo Cup series, which is run as part of the Extreme Festival, is that all of the vehicles have exactly the same specifications, so it is all up to the drivers’ skill and talent, which results in an immensely competitive environment. It has only produced 16 different champions over the past 21 years, with just five drivers managing to win the title on more than one occasion.

Unlike previous years, the racing cars are not based on the standard VW Polo, but on the iconic GTi version of the model. The road-going version of this vehicle has just landed in South African dealerships and VW aficionados will be watching the performance of the cars closely.

Volkswagen have sold, and are building, 24 cars, with a number of others in the pipeline.

The vehicles in which Kruger and Dr Pretorius compete, is powered by a four-cylinder two-litre turbo-petrol engine delivering 150KW of power and 340Nm of torque at a regulated one bar boost. The transmission is a six-speed manual MQ350 unit – the same ‘box’ that can be found in the Golf 7 GTi.

“It’s the best car VW had ever fielded in this series,” says Kruger. “Particularly in terms of parts availability.”

Commenting on the events of the season so far, Dr Pretorius, who himself has performed well in seniors division, says that he and Jeffrey are thoroughly enjoying racing the new Polo.

“The additional torque provided by the turbo charger is most welcome. We really appreciated the new racing gearbox and are both looking forward to the remainder of what is so far proving to be an exhilarating season,” he adds.

“Team Red has done us proud and has demonstrated that they will be a team to watch this season,” says Dr Pretorius.

Another new feature this year is ‘Push-to-Pass’, which gives the drivers an extra 20kW for 10 seconds. How many times per race each driver is able to use it varies, according to which venue they’re at, as some circuits are more difficult to overtake on than others.

“It’s a very cool idea,” says Kruger. “I believe it still needs refinement, but it already plays a big part in the race, particularly at the start, where it makes the biggest difference.”

Team Red, which is sponsored by Universal Healthcare and CompCare Wellness Medical Scheme, offers outstanding technical and on-the-track support to its drivers. “It’s nice to have their backing. They look after you very well,” says Kruger.

There is also some magic in the suspension. The shock absorbers are South African produced SAX units, which are sealed and controlled. Coil springs are specified and controlled front and rear. The vehicle runs on 17-inch alloy rims dressed in Dunlop semi slick rubber. 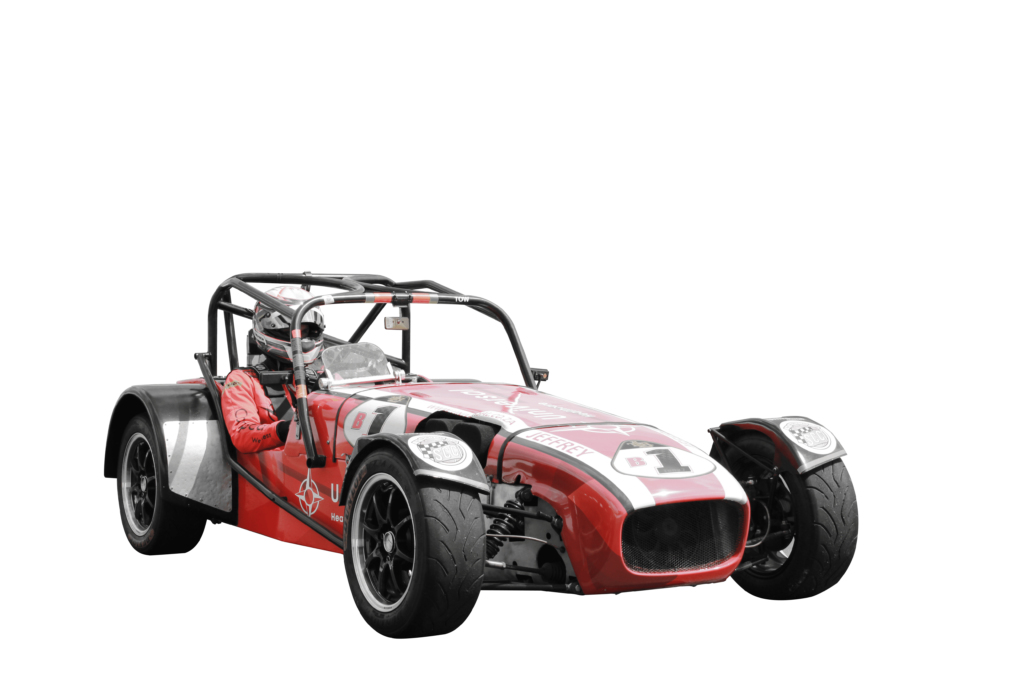 Jeffrey is also leading the Lotus Challenge, a regional series in which he competes in a Lotus 7.

The car, which has a copy of the legendary South African designed Birkin chassis, was built by his grandfather Tony on his farm in the Karoo 18 years ago.

Apart from the regulation Toyota 20 valve Black Top power source, which produces 100kW of grunt, the car has Ford donor parts. The gearbox is from a Sierra and the diff, hubs and brakes from an Escort.

Be the first to comment on "REVVED UP AND READY"