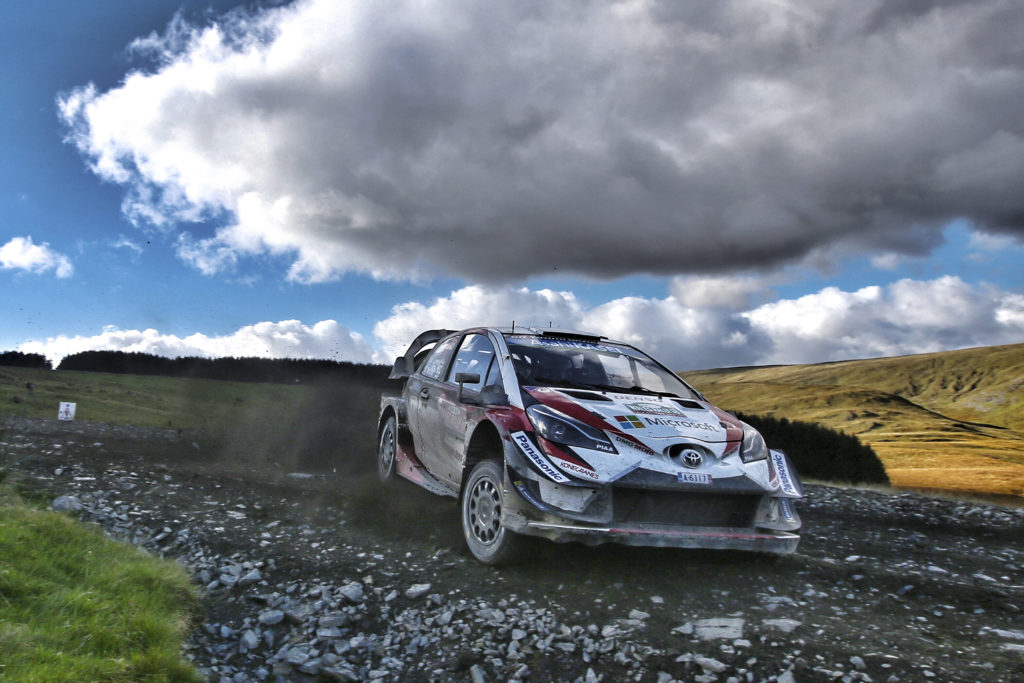 TOYOTA GAZOO Racing World Rally Team has increased its advantage at the top of the manufacturers’ championship standings after a double podium finish on Wales Rally GB – the fourth event in a row where two of the Toyota Yaris WRCs have finished inside the top three.
Jari-Matti Latvala engaged in a thrilling final-day fight for the rally win, ultimately finishing in second place with Esapekka Lappi in third.

Car 7 (Jari-Matti Latvala, Miikka Anttila)
The last day of the rally consisted of five stages: three in the forests of North Wales and two passes over an all-asphalt stage finishing in Llandudno. Beginning the day 4.4 seconds away from the lead, Latvala made an excellent start to the morning, with a stage win on SS20 moving him into first position. He continued to fight until the end and finished up just 10.6s shy of victory, as he took his third podium finish from the last four events.

Lappi began the day with a margin of just 1.7s over the driver in fourth place, but immediately increased his advantage by winning SS19. He ended the rally more than half a minute clear as he made his third podium visit in the space of five rounds. With the results for Latvala and Lappi, TOYOTA GAZOO Racing World Rally Team extends its manufacturers’ championship lead to 20 points. 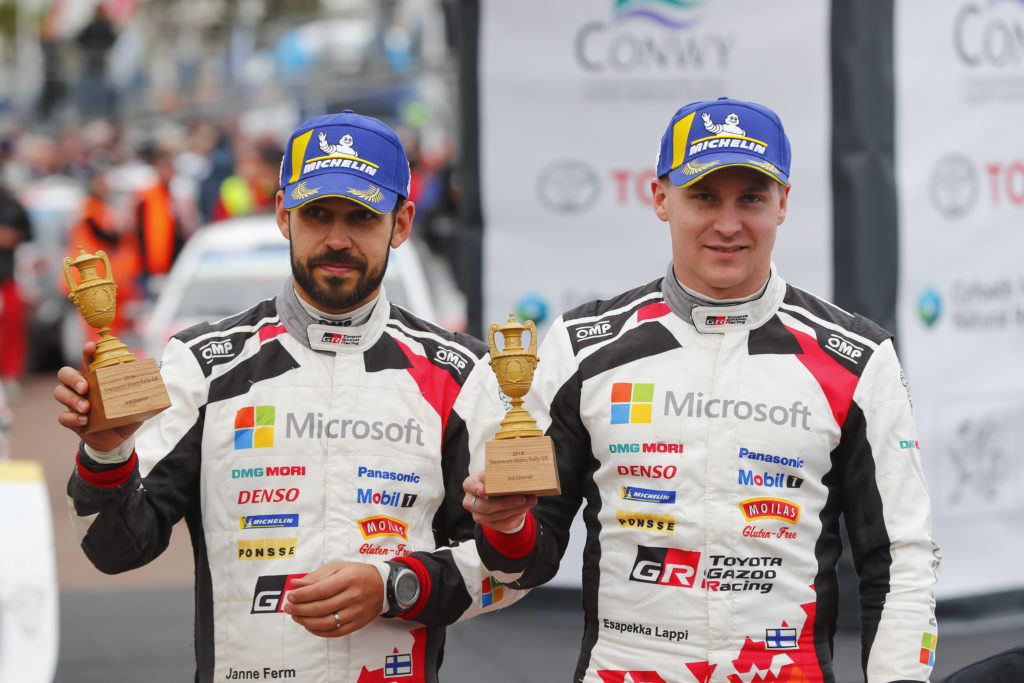 After being forced to retire on Saturday afternoon, Ott Tänak restarted on Sunday and claimed four points with second place to Latvala in the Power Stage on SS20. It means the Estonian driver is within 21 points of the drivers’ championship lead with two rounds still to go.

Quotes:
Tommi Mäkinen (Team Principal)
“We saw a brilliant fight today from Jari-Matti. He tried all that he could, but it seems Ogier was just a bit too strong this time. It is nice to see two of our crews on the podium again, and this result means it is looking good for us in the manufacturers’ championship. Obviously we are still disappointed by what happened to Ott on Saturday. It makes his drivers’ title bid more difficult, but there are still a lot of points available and he is clearly the strongest driver right now, so it could all still turn around. I believe nothing will be decided until Australia.”

Jari-Matti Latvala (Driver car 7)
“It was a great battle today, I really enjoyed the fight. The first two stages were great for me, but it went away in the final loop. It was maybe down to the tyre choice: I had one used soft tyre and on the gravel it wasn’t biting that well. This is a very important result for the team for the manufacturers’ championship, and also for myself: to get these consecutive podiums is very nice.”

Ott Tänak (Driver car 8)
“Today we just did our job, which was to get some points from the Power Stage and then to get to the finish. That is all we could really do today. We are still in the championship fight but the situation is tougher for us now. It will not be easy but we will keep trying until the end.”

Esapekka Lappi (Driver car 9)
“I am pretty pleased with this result. These are important points, especially for the team. In the morning loop the performance was really strong: We defended our third place and we managed to do a fastest time, which is always nice. We got a big gap and after that it was just about bringing the car safely to the finish, which we did.”