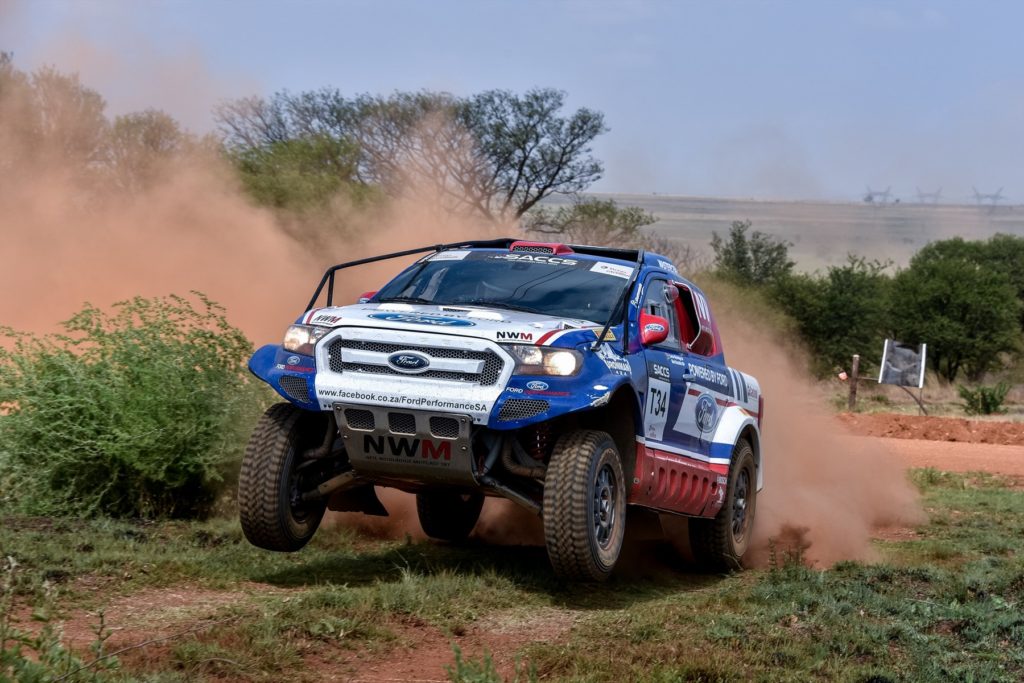 A mature and faultless drive in the extremely dusty and rocky terrain surrounding Glenharvie on Gauteng’s gold mining belt saw the Ford Ranger crew secure the Class T crown after finishing the event in second place. They ended just under two minutes behind race winners Gary Bertholdt and Geoff Minnitt (Toyota), the eventual runners-up in the title chase. The expected challenge from 2017 champions Johan and Werner Horn evaporated when their Toyota was sidelined with alternator failure.
“I am exceptionally happy with finally winning the championship, especially after coming so close last year,” Lance said. “With three wins for the year it has been a great season, although the Horn brothers gave us a good fight throughout the season, and it’s really tough for them to end the year this way. But that’s motor racing. 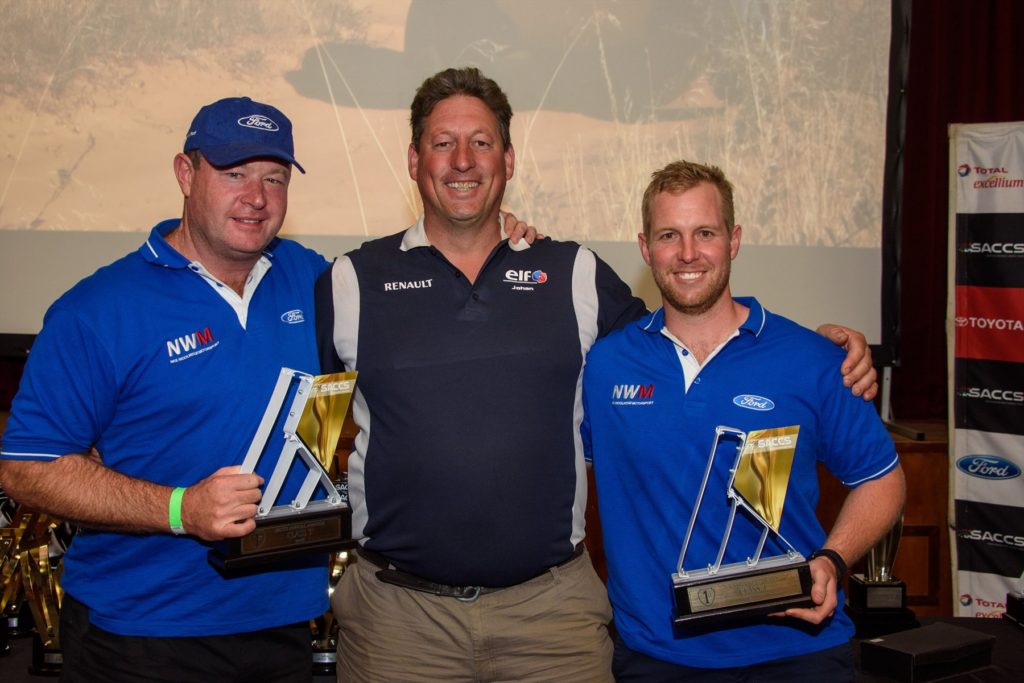 “This isn’t a one-man effort, and my thanks go to the entire team for the huge amount of work they have done the whole year,” he added.

It was Lance’s first national title after making his cross country racing debut in 2008. Fittingly, he and long-standing navigator Ward scored the first victory for the new-generation Ford Ranger V8 on its debut in 2013. This is Huxtable’s third national crown, having won the Class E co-driver’s titles in 2006 and 2010.
Gareth Woolridge and Boyd Dreyer enjoyed a relatively clean run, hampered by a single puncture, to end third in the race as well as in the final Class T standings. It was an impressive comeback from the young duo, rounding off a determined drive for the second half of the season after a frustrating start to this year’s campaign.

The Brazilian X Rally Team of Marcos Baumgart and Kleber Cincea completed their season with a seventh-place finish in the race in the third of the NWM-built Ford Rangers. Although they showed competitive pace on the Gold 400, a series of punctures cost them precious time.
“We have really enjoyed racing in South Africa,” Baumgart says. “This series is extremely competitive and has a wide range of very challenging conditions. We gained a lot of experience racing here in the NWM Ranger, and this has really helped us in the Brazilian championship where we are leading with two rounds to go.” 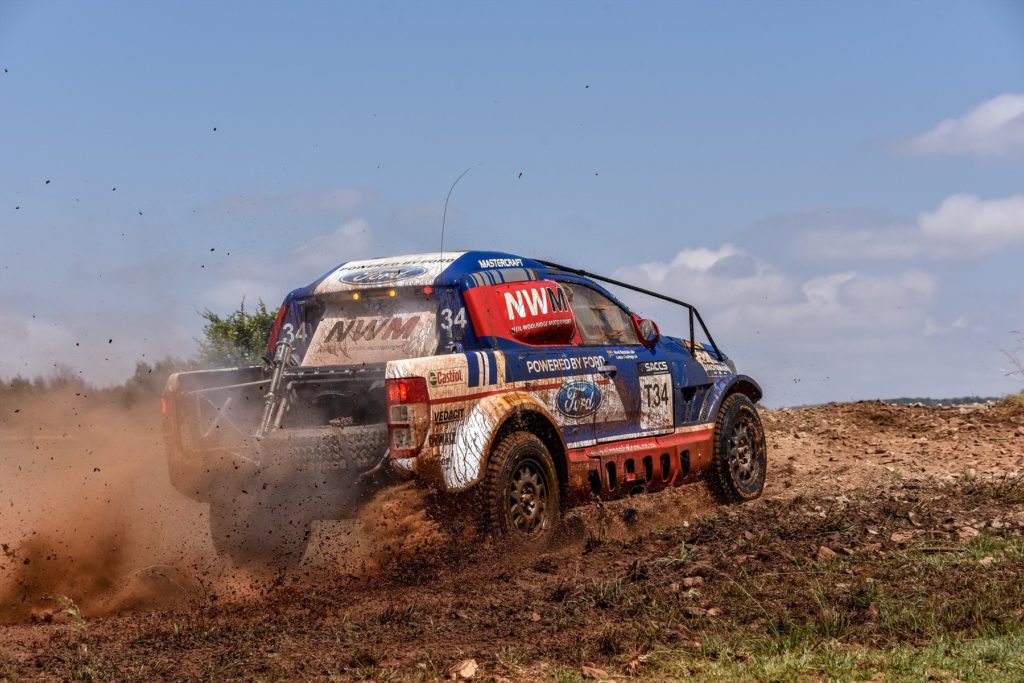 Along with the Class T title, Ford also won the Manufacturer’s Award for the third time this year.
“Finally, the championship is ours,” said an elated Neil Woolridge, NWM team principal. “We missed out on the title by the narrowest of margins in the past two years, and more than ever our aim for 2018 was to make sure we bring the trophy home.

“It has been a tough slog, and although Lance and Ward had the points advantage coming into this race, with four teams in contention it was a tense affair right until the end. I am delighted for Lance that he has finally got the title in the bag.

“Although Gareth and Boyd had a difficult start to the year, their win last time out and podium finish for this race shows their tenacity. Third overall for the championship is a really good result for them. I am very grateful for the support from all our sponsors and supporters,” Neil concluded.