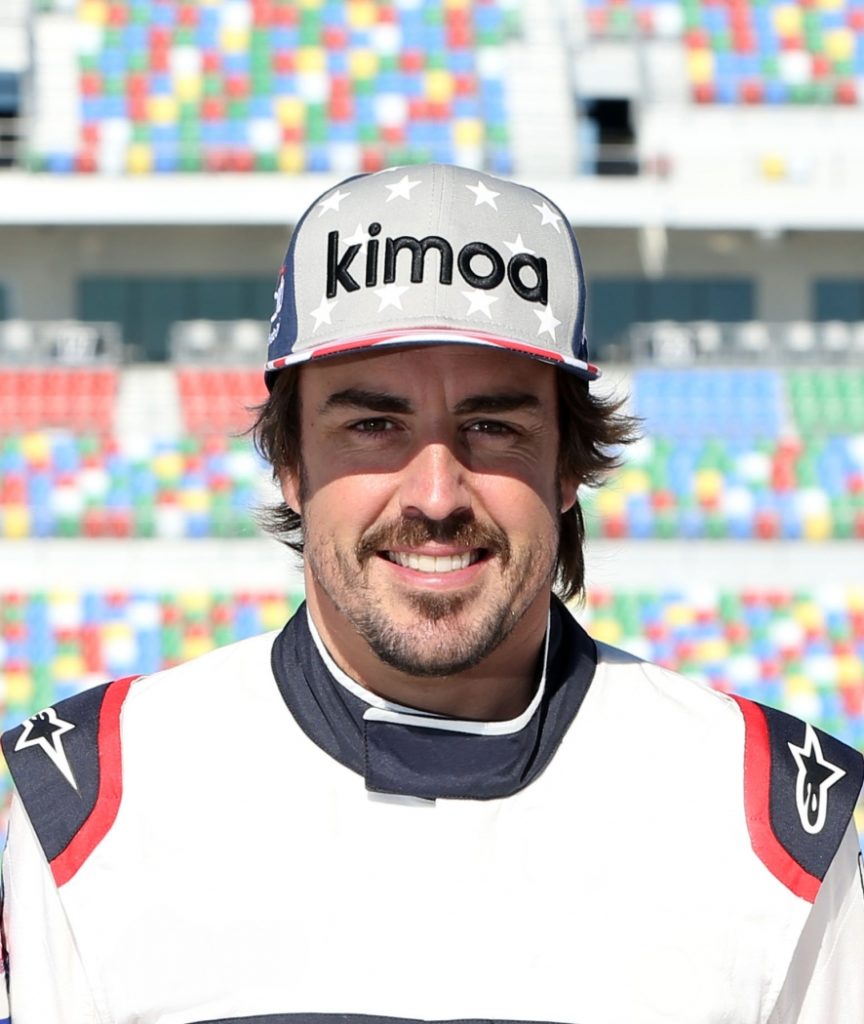 It will be the second consecutive Rolex 24 appearance for the 37-year-old Alonso and his first event of any kind since embarking on a sabbatical from full-time F1 competition after the 2018 season finale last weekend in Abu Dhabi. It was his 17th F1 season, the last four of which were spent with McLaren. 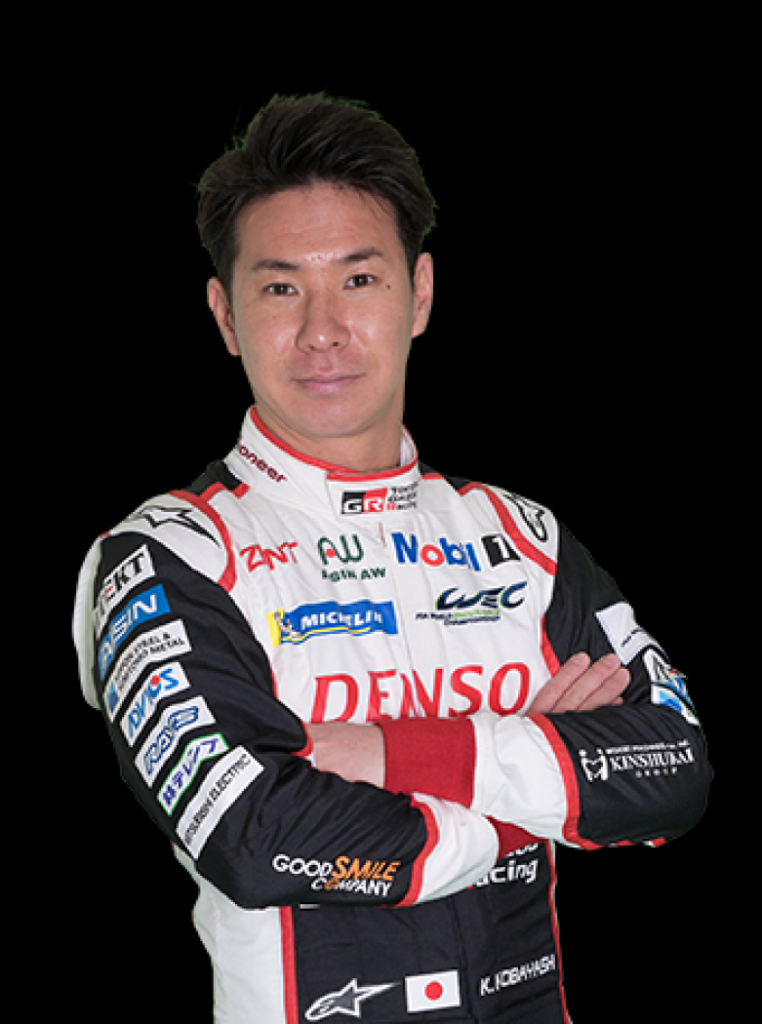 Kobayashi, the 32-year-old from Japan, is in his third season with Toyota Gazoo Racing and currently co-drives the team’s No. 7 entry, which is second in the superseason standings after runner-up finishes at this season’s rounds at Spa-Francorchamps and Le Mans, followed by victories at Fuji Speedway and Shanghai International Circuit.

“First, I have to thank Konica Minolta for yet again supporting WTR, and that I am extremely excited to have added Fernando Alonso and Kamui Kobayashi as teammates for Jordan and Renger at Daytona,” said team owner Wayne Taylor (South African), who in 2017 added four-time NASCAR Cup Series champion Jeff Gordon to his Rolex 24 lineup that won that year’s twice-around-the-clock endurance marathon and went on to earn the series championship. “Both Fernando and Kamui are the cream of the crop of world-class driving talent, not only in F1 but as current sportscar drivers. It’s taken a long time to put this all together and I’d like to thank everybody who made it all happen. Fernando drove at Daytona last year, and it’ll be the first time at the 24-hour for Kamui, who is a superstar driver who will figure it out quickly. We have plans to integrate both drivers into our program very efficiently and successfully. I’m absolutely ecstatic that we have been able to make this happen, and I can’t wait to get to Daytona.”

Alonso’s first career Rolex 24 took place this past season with the United Autosport LMP2-car effort, which resulted in a 13th-place finish due to mechanical issues. The Spanish driver, who owns 32 career F1 victories and back-to-back world championships in 2005 and 2006, has enjoyed recent success in the WEC. His No. 8 Toyota Gazoo Racing team leads the WEC 2018-19 superseason standings after back-to-back victories at Spa-Francorchamps and his 24 Hours of Le Mans debut, followed by consecutive runner-up finishes at Fuji and Shanghai earlier this month. 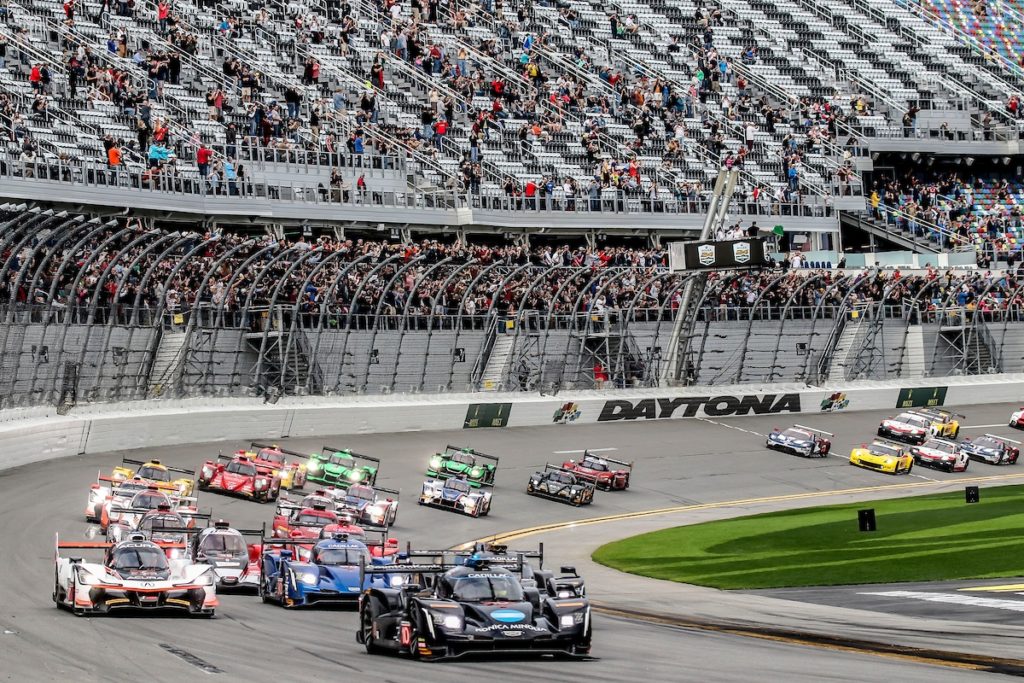 “I am very happy about joining the Konica Minolta Cadillac team and Wayne Taylor Racing to race together at the Rolex 24 At Daytona,” said Alonso, who also competed in the 2017 Indianapolis 500 for Andretti Autosport and is slated to compete in the event again in 2019 with McLaren. “This is undoubtedly one of the greatest races in American and world motorsport. Returning to the United States is always special. The atmosphere created by the fans is unique throughout an incredible weekend. I really hope to fight for the win, as well as having fun and putting a smile on the fans’ faces. I made my debut last year both in endurance races and with these sportscar prototypes, as well as on this track. I was left wanting much more after a brake issue ended our hopes of stepping on the podium. After an intense year in which I’ve competed in both Formula One and the WEC, I’m really looking forward to 2019 and attempting to conquer one of the most important races in the world. I’m brimming with hunger and desire and I can’t wait for the first race of next season and going out on track to battle with my Konica Minolta Cadillac teammates.”

Prior to his current success in the WEC, Kobayashi was a fixture on the F1 circuit. He made his F1 debut with Toyota at the 2009 Brazilian Grand Prix and followed that with a points-paying finish of sixth at that season’s final race in Abu Dhabi. He then drove for Sauber from 2010 through 2012, highlighted by a podium finish at the Japanese Grand Prix – the first F1 podium by a Japanese driver in 22 years – followed by a season with Caterham in 2014.

“First of all, I would like to thank the Konica Minolta Cadillac DPi-V.R team and Wayne Taylor for giving me this wonderful opportunity to race at the historic Daytona 24-hour,” Kobayashi said. “It is one of the most popular endurance races and I am so excited to have my Daytona debut with the 2017-winning team. This will also be my first race in the U.S. and I’m really looking forward to having a good race with the Konica Minolta Cadillac team.” 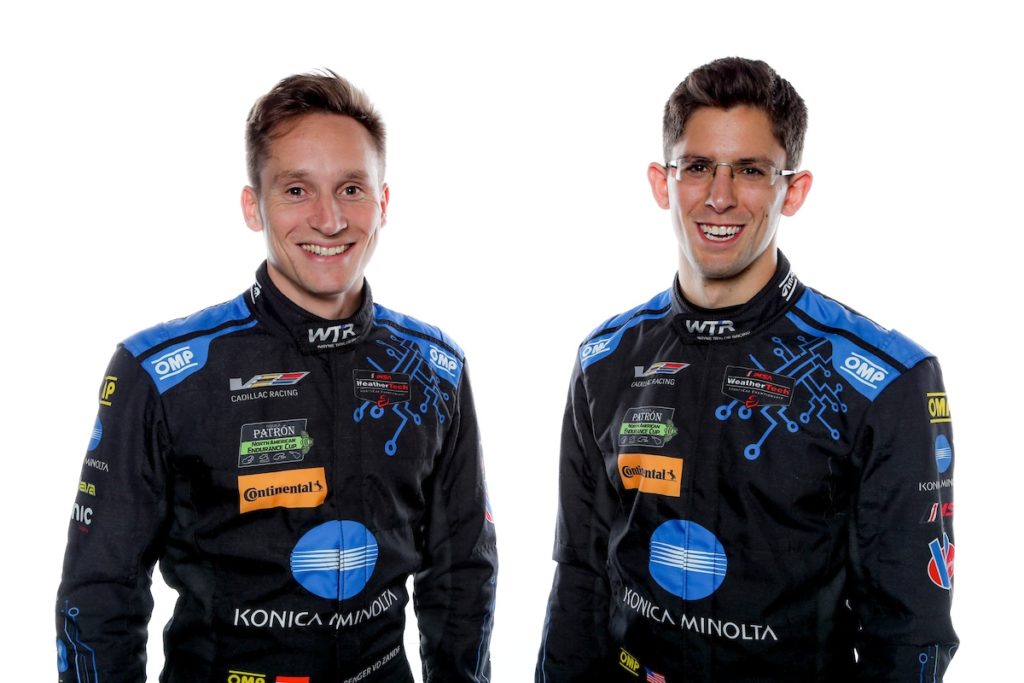 The No. 10 Konica Minolta Cadillac DPi-V.R team has been among the most dominating at the Rolex 24 since its inception in 2007. Prior to this past season’s disappointing 15th-place result due to recurring tire issues, the team reeled off five consecutive race-day podiums in the Rolex 24, including the 2017 victory, with a total of 963 laps led from 2013 through 2017. The team is also coming off a thrilling victory at this year’s season-ending Petit Le Mans at Road Atlanta, where van der Zande executed a dramatic last-lap pass that kept alive its streak of 15 consecutive seasons with at least one win.

“It is super exciting to have Fernando and Kamui joining us for Daytona,” said Jordan Taylor, who was part of the 2017 Rolex 24-winning lineup that included Gordon, Max “The Ax” Angelelli and his older brother Ricky Taylor. “I think we are bringing in two of the top drivers not just in sportscars but in the world of motorsport. Fernando is one of the most-respected and highly rated drivers of our time, and Kamui has been one of the top sportscar drivers over the past few years and the current lap-record holder at Le Mans. It is going to be great to have them join us. They have had such long, successful careers, and I’m sure there will be a lot we can learn from having them with us. We had a very strong second half to our 2018 season and finished it off with the win at the Petit Le Mans, so I can’t wait to get back to the track in Daytona and start our 2019 championship on the right foot. Daytona is a unique event but one that our team has excelled at. It’s my favorite month of the year.”

“Fernando Alonso is a living legend and Kamui is a great driver and we are fortunate to be able to attract the best talent in the world to our program,” said van der Zande, who joined the team last year and promptly qualified the No. 10 Konica Minolta Cadillac DPi-V.R on the Rolex 24 pole in his very first race. “It shows the level of this program and it solidifies the fact I’m in the right place, which I knew already. Looking back at last year, I think we had the package to win the championship, but two DNFs prevented that. I think we’re in a very strong position to start the new season at Daytona and there will be a lot of buzz around us. At the same time, we can learn from Fernando and Kamui. They’ve been with so many different teams, so many different cars, so many different people, and to be sharing all of that with us and integrate it into our program, that is only a benefit and, to that end, I’m very excited about it. The main goal is to win the race. That’s their goal, that’s our goal, so we’ll do everything we can together to make that happen.”

The 57th Rolex 24 will be preceded by the annual three days of Roar Before the 24 testing Jan. 4-6. New television partner NBC will provide flag-to-flag coverage of the race on its family of networks.

Be the first to comment on "It’s official: Alonso to drive for Wayne Taylor Racing Cadillac in Rolex 24 at Daytona"