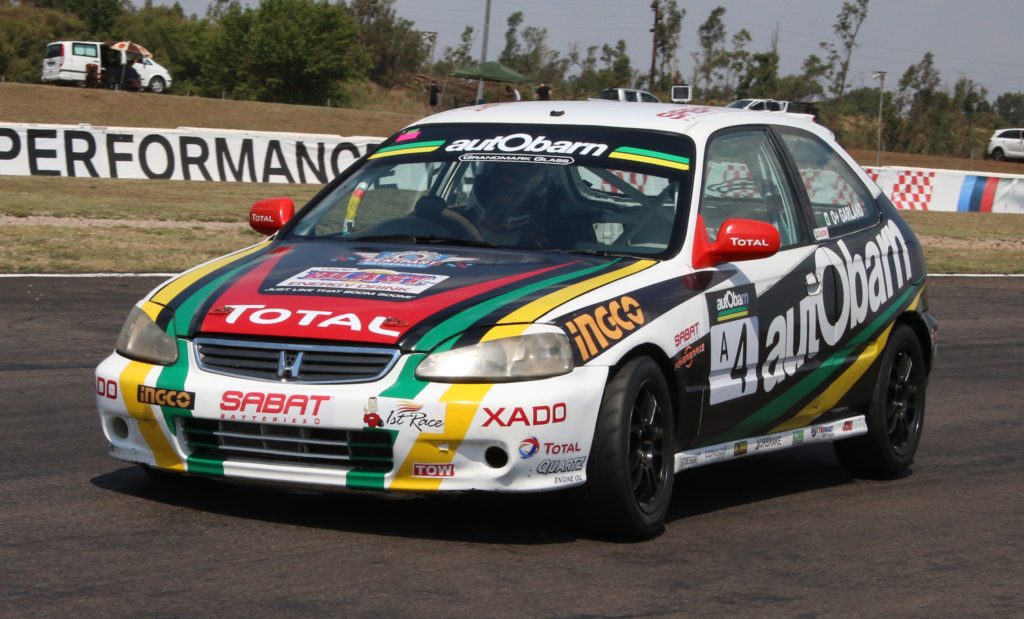 In qualifying, Garland’s AutObarn Total Ingco Tools Sabat Honda, went out leading the pack, but by the time he got the tyres up to temperature he was down amongst the slower class C drivers. He was consistently in the high 1m14’s, which he knew was not good enough to be competitive and be on the race pace. Everyone except Jonothan du Toit Trans Africa Racing Honda Civic was slower than normal for some reason. After qualifying the Garland race team did some setup adjustments just to increase their chances of being on pace. He was quicker but just not quick enough, eventually qualifying 2nd after du Toit who put in a blistering 1m13.1 putting him ahead on the grid.
Brett talked us through his day on track: “I lined up fourth on the grid due to coming second at the last round with Jono in fifth. Tyler Scott, Karel Stols and Andre Dannhauser were all ahead of us. Lights out and I got a good start managing to get into second by turn two behind Karel with Jono in pursuit. At turn five, I got past Karel and got my head down to try stay ahead of the very quick du Toit,” said Brett Garland. “By lap three we were already going wheel to wheel in what was an awesome dice once again for the next three laps until he did get past me in turn five. Jono managed to keep his lead over me until the chequered flag. By coming second in race one, I managed to get the points needed to secure the Class A championship for 2018,” said an elated Garland.
“For race two, Jono and I decided to line up right at the back of class A for the second race just to make it more exciting for the spectators, something we had never done before. Off the line I got a great launch and was into fourth by turn two and third by turn five and second into turn eight and looking good for a great result,” said Garland. “A very determined Tyler Scott was trying to come back at me on the main straight. I just kept it pinned through turn one followed by a really quick Karel Stols, and hard charging du Toit right behind him. With the Reno Van Heerden car catching alight we had a safety car come out after the fourth lap, the race was then red flagged. We lined up in the positions we finished the last lap in, for the restart. On the restart it was Jono and myself on the front row, pressure was on to try maintain my lead for four laps. On the second lap he eventually got past after we drove a door to door race in the closing laps, with Jono narrowly snatching the win and overall for the day,” said Garland. 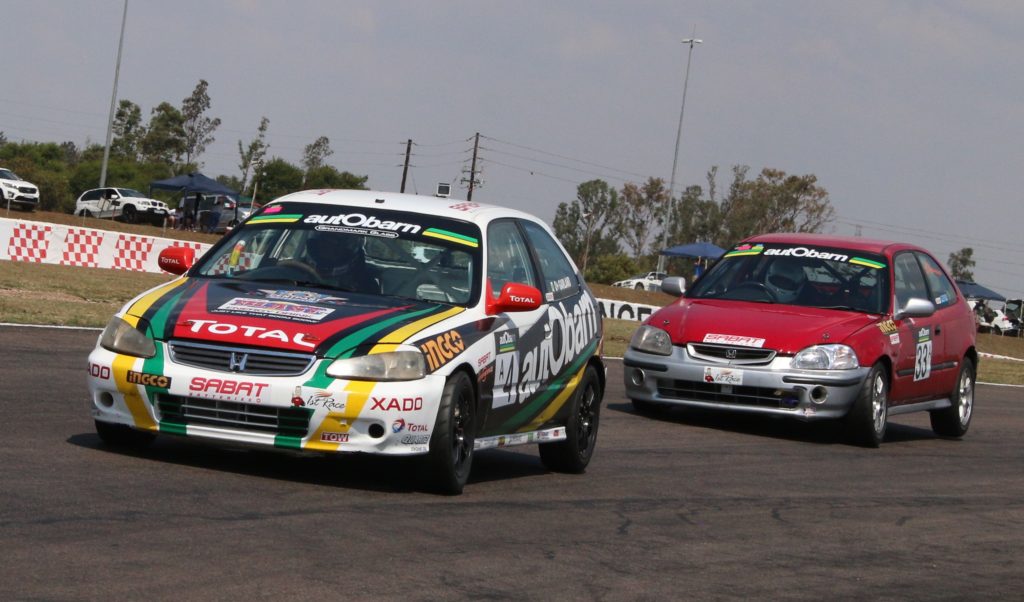