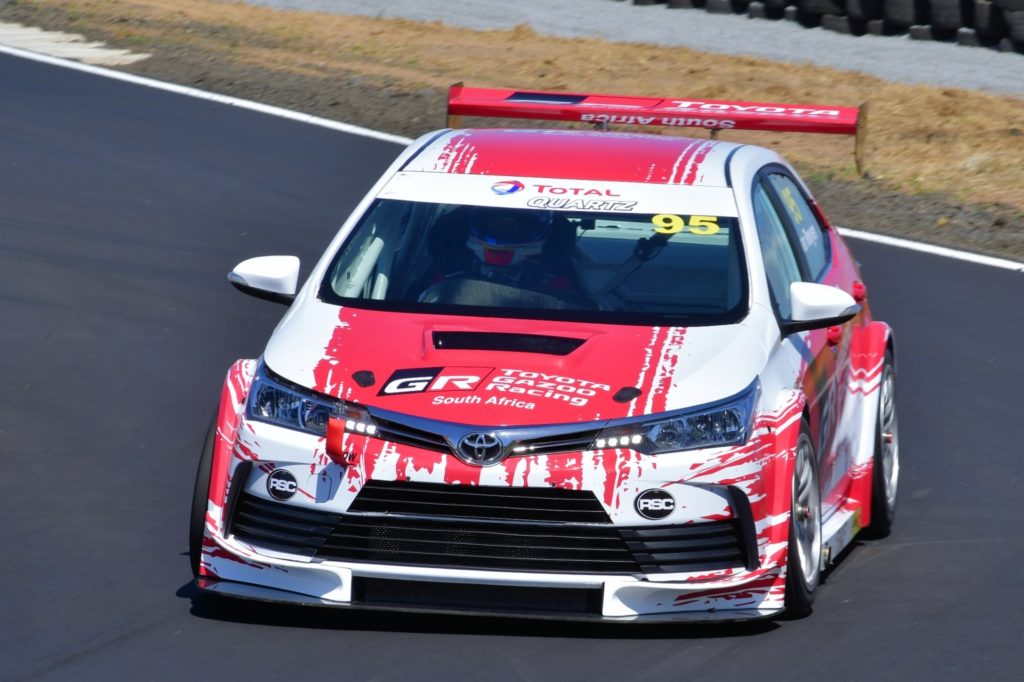 The 2019 GTC season got off to a solid start for Toyota Gazoo Racing SA’s Michael van Rooyen, who qualified the Toyota Corolla in second place on Friday, March 1st, at the Dezzi Raceway in Port Shepstone, KZN. The Rustenburg-based racer went on to survive a rollercoaster Race 1; before placing second in Race 2.

“Qualifying started out extremely wet,” said Van Rooyen after the event. “In the early stages it was simply too wet to post any competitive times, and it really all came down to how fast you could go on the final lap of qualifying.”

The Toyota Gazoo Racing SA driver didn’t disappoint, putting the Toyota Corolla in second place on the grid for Race 1, just 0.793 behind the Audi of Simon Moss. But then came Race 1, which turned into a race for survival, rather than results. 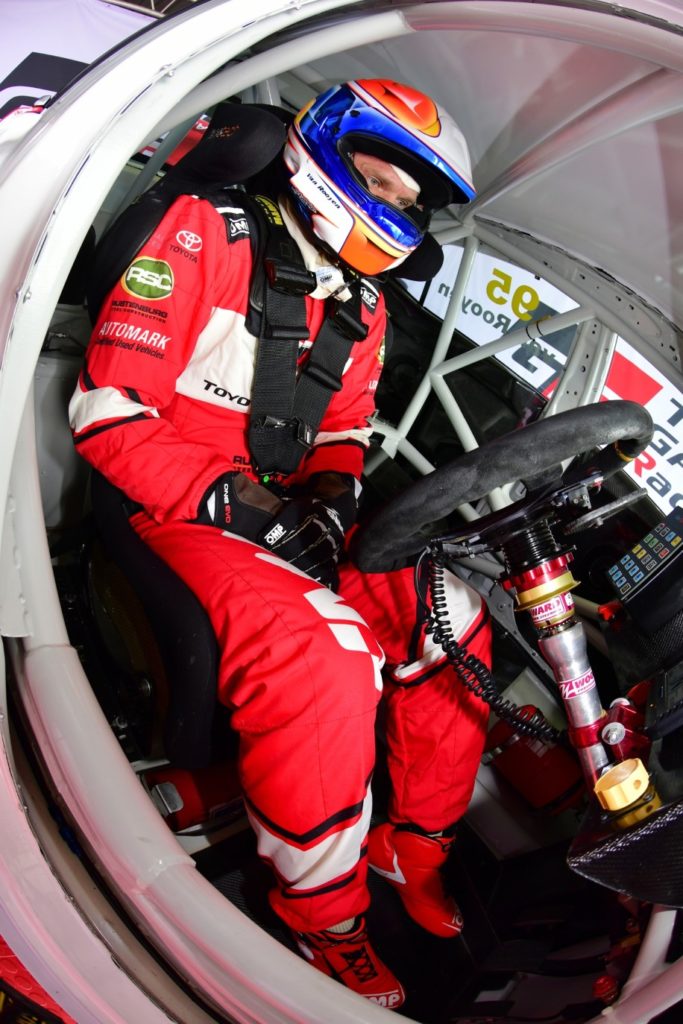 “We were clearly one of the fastest cars when the lights went green, and I was right on the back of Moss from the get-go,” said Van Rooyen. “He made a small mistake going into Turn 3, which opened the door for me to take a run at him into Turn 4. But I couldn’t make it stick, and as a result Robert Wolk (BMW) managed to get past me.”

On the next lap, things got heated, as the Toyota Gazoo Racing SA driver was clearly faster than Wolk, but couldn’t find a passing opportunity. As a result, Keagan Masters (Volkswagen) caught up with the Corolla, and made contact from behind. This resulted in more places lost for Van Rooyen.

A short mid-pack battle ensued, until the Safety Car was deployed after one of the GTC2 cars crashed out in what was deemed a dangerous part of the track. More contact during the Safety Car period saw a number of cars damaged, and eventually Van Rooyen brought the Toyota Corolla over the finish line in 9th place.

The race was eventually won by Moss, with Masters second and Daniel Rowe (Volkswagen) in third place.

But then came Race 2, and a reverse grid start – with the winners of Race 1 starting at the back of the grid. This again put Van Rooyen in a strong starting position, and this time the Toyota Corolla driver cashed in on the opportunity. While Audi’s Simon Moss ultimately won the race, Van Rooyen finished in second place after a clean run, ending just 1.3s behind Moss.

“I had a good run in Race 2, and it was gratifying to see that the Corolla was clearly ahead of most of the pack. We finished nearly six seconds ahead of third place, which shows just how good the car already is,” continued Van Rooyen. 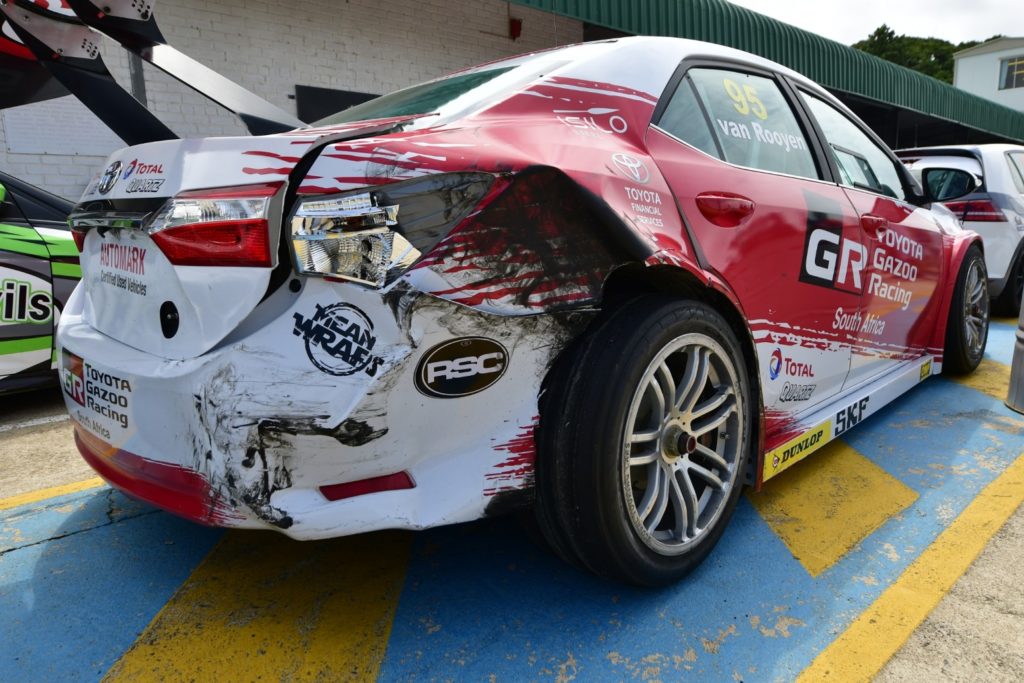 In the overall results, Van Rooyen placed 5th on his maiden outing with the new Toyota Gazoo Racing SA Corolla: “We were aiming a bit higher for this weekend, but after the fiasco of Race 1, I’m pleased that we scored meaningful points in the end. Now we just have to find some extra speed to chase down that Audi.”

Van Rooyen’s participation at Dezzi Raceway marked a historic return to track racing for Toyota, who last entered a factory team in 2002, when Charl Wilken and Mark Cronje raced Toyota Corollas in Class B of the South African Production Car Championship.

Round 2 of the 2019 GTC Series takes place at the Zwartkops Raceway in Gauteng, on 5-6 April. 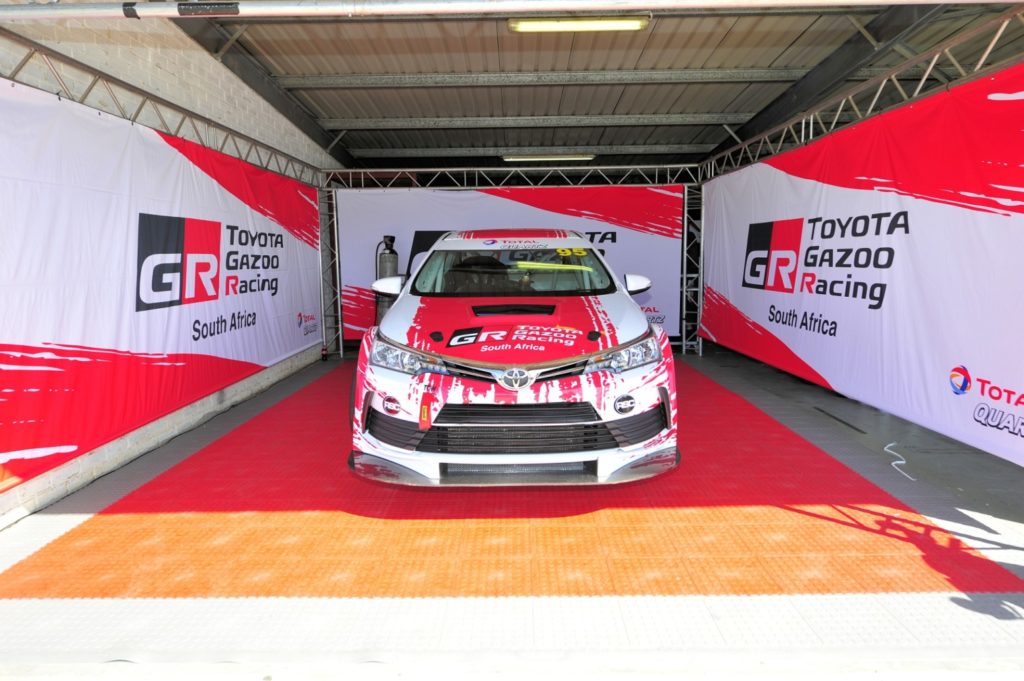