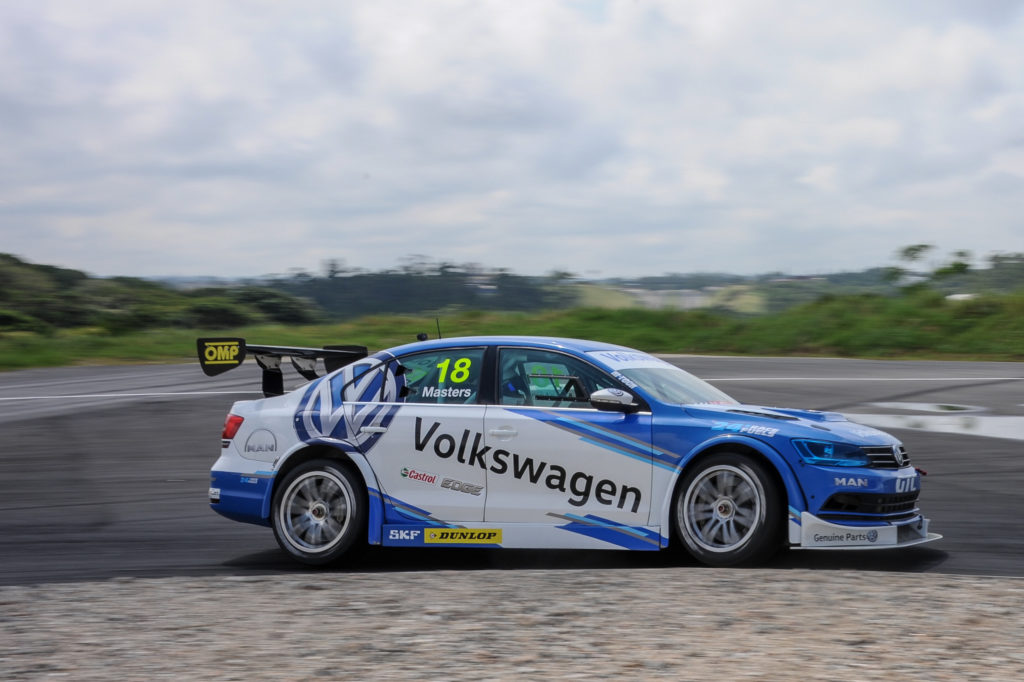 The team was quietly confident after three very successful practice sessions on the Friday of the event. “We worked extremely hard during the off-season and were well prepared coming into the first round,” commented Mike Rowe, head of Volkswagen Motorsport. “Motorsport can be very unpredictable and you never know where you stand until the stopwatch reveals the qualifying results.“ The heavens opened just moments before the start of the GTC qualifying, turning the session into even more of a gamble. The times were improving on every lap as the track was slowly drying out and everyone knew that it was going to be tight. Keagan Masters, who was celebrating his 19th birthday on Saturday, had the provisional pole position for quite a while, but in the end both Masters and teammate Daniel Rowe had to settle for fourth and sixth place respectively.

It was a perfect performance by the GTi brigade with Bradley Liebenberg claiming pole position on his debut for Volkswagen Motorsport, around 0.3 seconds ahead of teammate Adrian Wood in the Kyocera version of the same car.

The sun came out ensuring a hot and dry start to race 1 and it was clear that the Volkswagen boys were on a mission the moment the lights turned green to signal the start of the race. It didn‘t take Masters very long to fight his way through the field as he firstly made a move on the Toyota of Michael van Rooyen to claim third position and shortly after he drove around the outside of Robert Wolk’s BMW to move into second place. By now the Audi of Simon Moss was too far down the road for the birthday boy to catch up to, forcing him to settle for a well-deserved second place. It was all action behind Masters with teammate Daniel Rowe carving his way through the field. He managed to squeeze his way past both the Van Rooyen‘s Corolla and the BMW of Johan Fourie in one move before setting his sights on the BMW of Robert Wolk. Rowe had the crowd on their feet as he went for the inside of the very last corner of the race. The Jetta made the pass stick and crossed the finish line for a fine third place overall.

Behind the GTC Jettas, Liebenberg and Wood had their work cut out as they were forced to start at the very back of the field following a technical infringement. It didn’t take long for both of them to hit the front of the field with Liebenberg leading the way followed by Wood. By the time the flag was waved, it was the Volkswagen debutant who claimed his first win from behind the wheel of a GTI, followed by Wood. 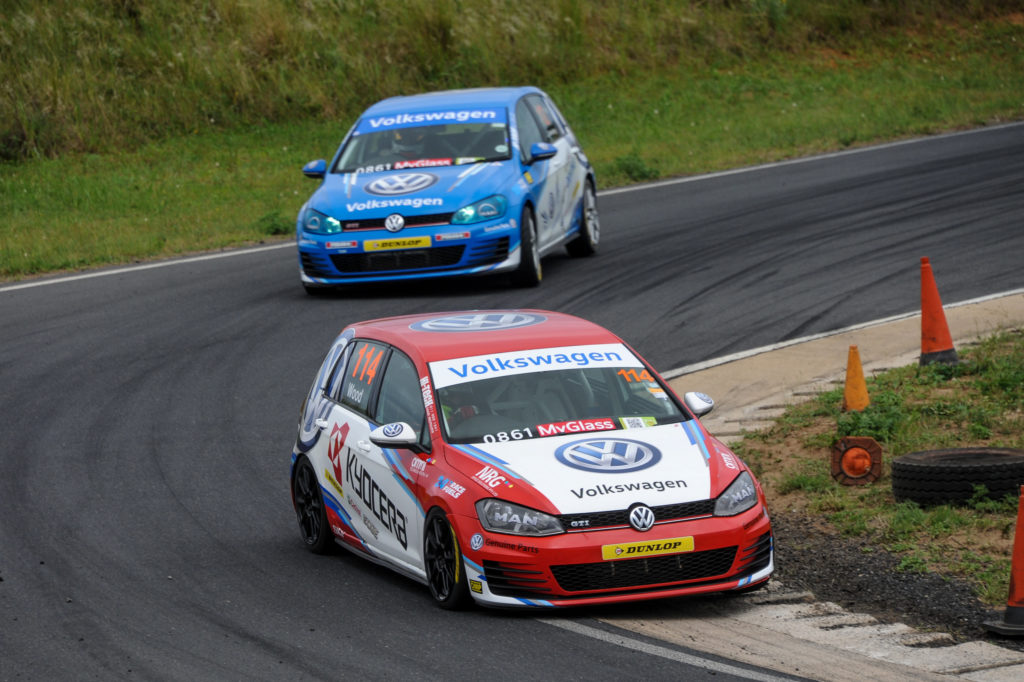 To ensure even more excitement for the fans, the organisers reversed the grid for the second race, meaning that both Masters and Rowe had to fight their way through the field once again. This time round, Rowe got as far as third while Masters managed to finish fourth. When all the times were added up, it was youngster Masters who claimed the second overall position, a few seconds behind the Audi of Simon Moss and just ahead of teammate Daniel Rowe. “We are a race team and we are always aiming to win, but to walk away with two podium finishes and the overall lead on the manufacturers points table means we had a good weekend,“ added Rowe.

The second GTC2 race was very similar to the first one, except this time round it was Wood who led the way with Liebenberg never more than a few centimetres from the GTi’s rear bumper. In the end, Wood went wide on the last corner fo the race, allowing Liebenberg to claim his second victory of the day.

“Between all our drivers, we’ve laid the perfect foundation for the rest of the season. Going forward, the aim will be to to win as many races as possible and ultimately to win both the manufacturers as well as driver’s titles. We certainly have the crew, car and drivers to do just that,“ concluded Rowe.