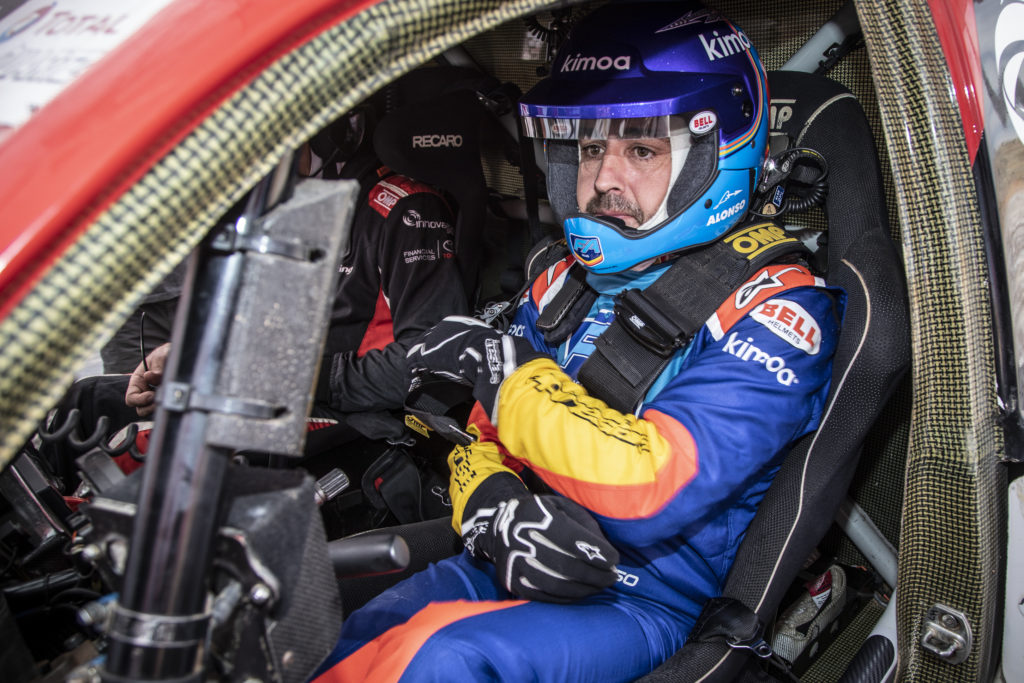 The TOYOTA Hilux, which won the 2019 Dakar Rally in the hands of Nasser Al-Attiyah and Mathieu Baumel in January, is powered by a 5-litre V8 engine, delivering 385hp (288kW) and producing 620Nm of torque. Fernando drove the car on two lay-outs around the desert, one of 8km and the other of 17km. 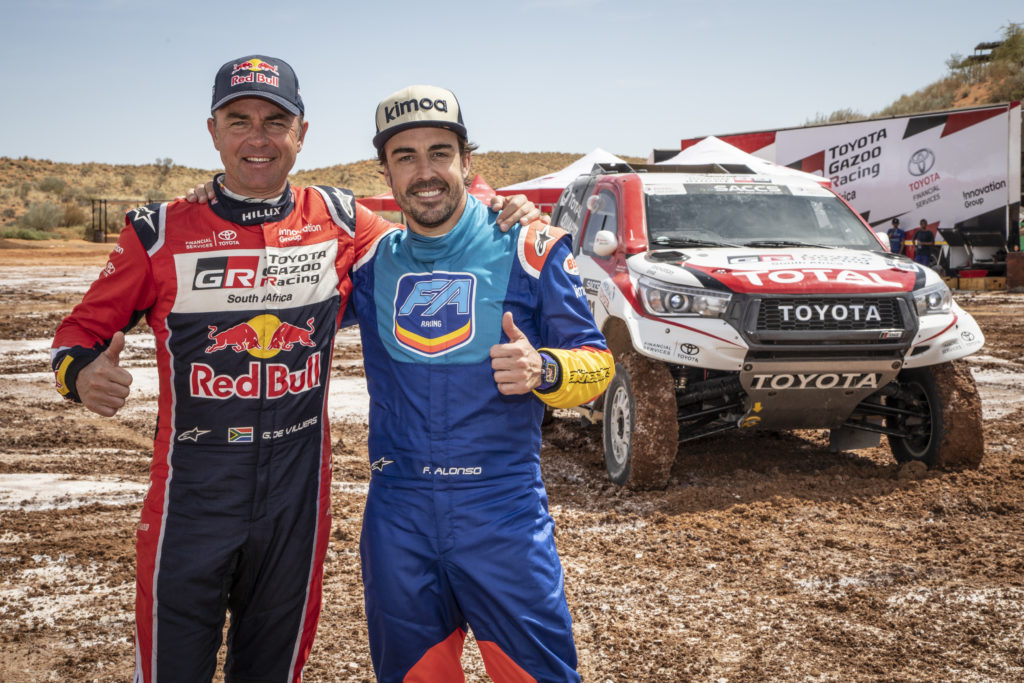 “I followed the Dakar and thanks to TOYOTA GAZOO Racing I had the opportunity to come here to South Africa to test the Dakar-winning Hilux. I have tested different series and different cars these past couple of years and this was a great chance. It has been fun; certainly different to what I am used to driving, but very interesting. We built up speed slowly, learning lap after lap. It’s not easy to read the bumps and to know how much speed to carry but I became more confident each time. The Hilux feels great; it has good grip and balance, lots of power and impressive braking. It felt incredible to drive this car.”

“It has been a fantastic experience for the team to work with a driver of Fernando’s calibre. It’s easy to see why he has enjoyed so much success in circuit racing; he was very well prepared for this test and made a huge effort to learn as much as possible in the two days. Rally raid is a totally different discipline compared to circuit racing but Fernando made impressive progress and looked like he had a lot of fun in the process. I am proud that he chose to test a TOYOTA Hilux in South Africa and I hope it was a worthwhile experience for him.” 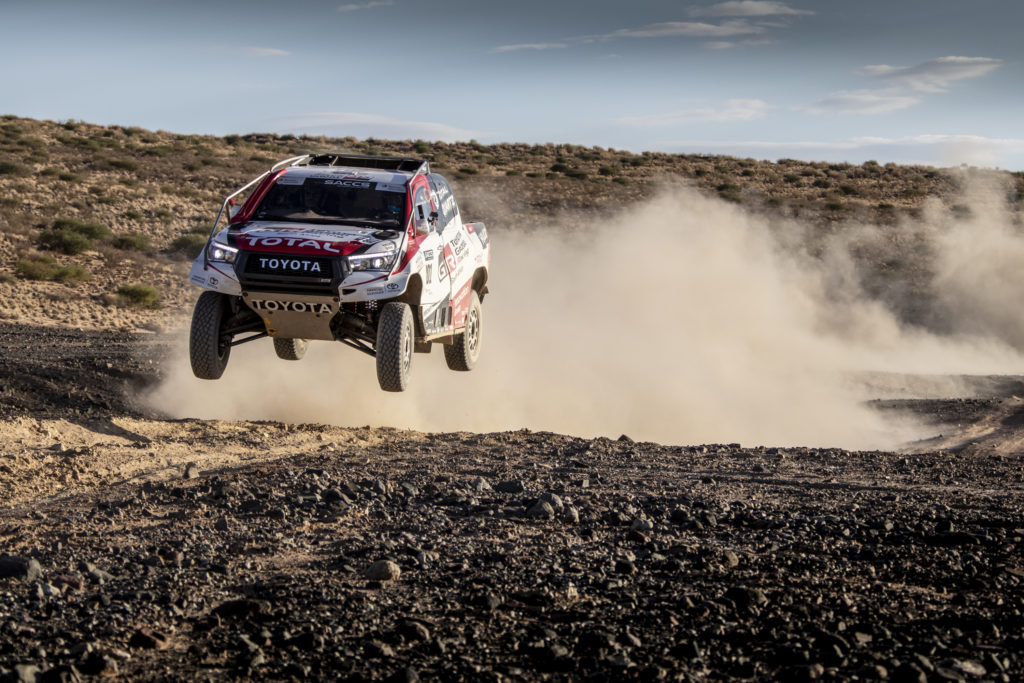