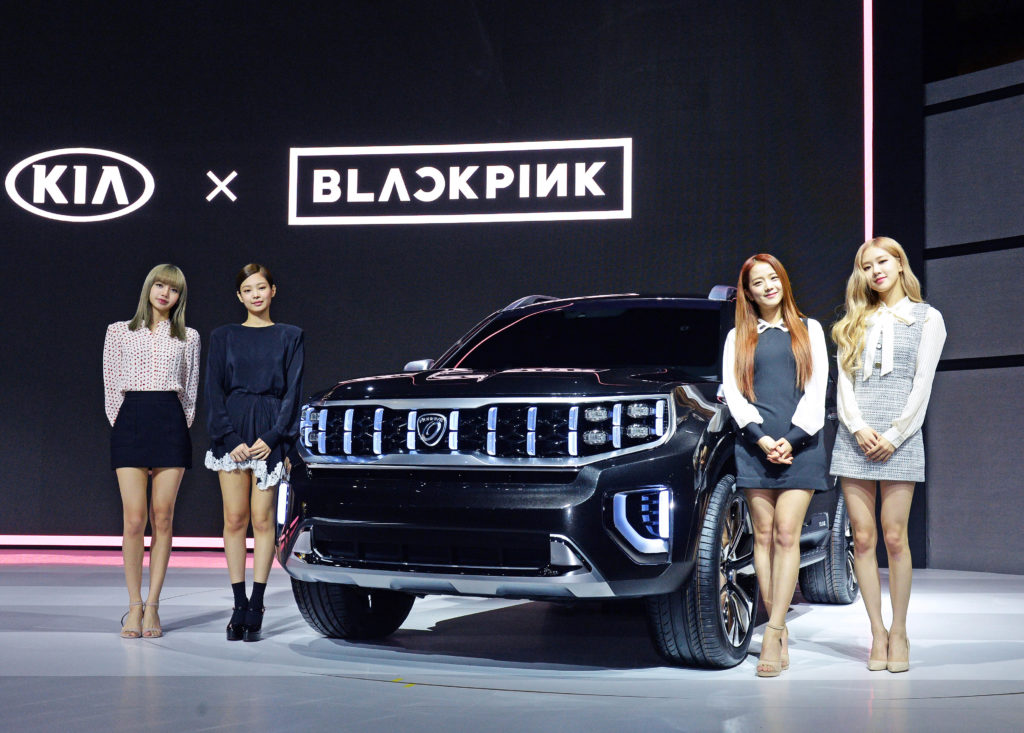 Two of the three concepts make their international debut in Seoul, with the rugged KIA ‘Masterpiece’ taking centre stage, combining a large SUV body with a luxurious, high-tech cabin. The Masterpiece is accompanied by the KIA ‘Signature’, a new concept model that previews the design and layout of an upcoming compact SUV from the brand.

The cars are joined by the ‘Imagine by KIA’ concept car, an all-electric sports sedan that embodies KIA’s desire to create exciting low-emissions passenger cars.

While each of the concepts hint at the direction KIA’s designers could take in future, each also illustrates different elements of the brand’s future model strategy. An expanding range of SUVs and crossover models has provided the impetus for KIA’s long-term sales growth around the world. The Masterpiece and Signature both provide an insight into how KIA could develop its model line-up in future, in terms of design, layout and use of technology. The ‘Imagine by KIA’ concept also previews how the brand plans to excite drivers with electrified vehicles in future, creating stunning exterior and interior design, with intelligent packaging and cutting-edge technologies. 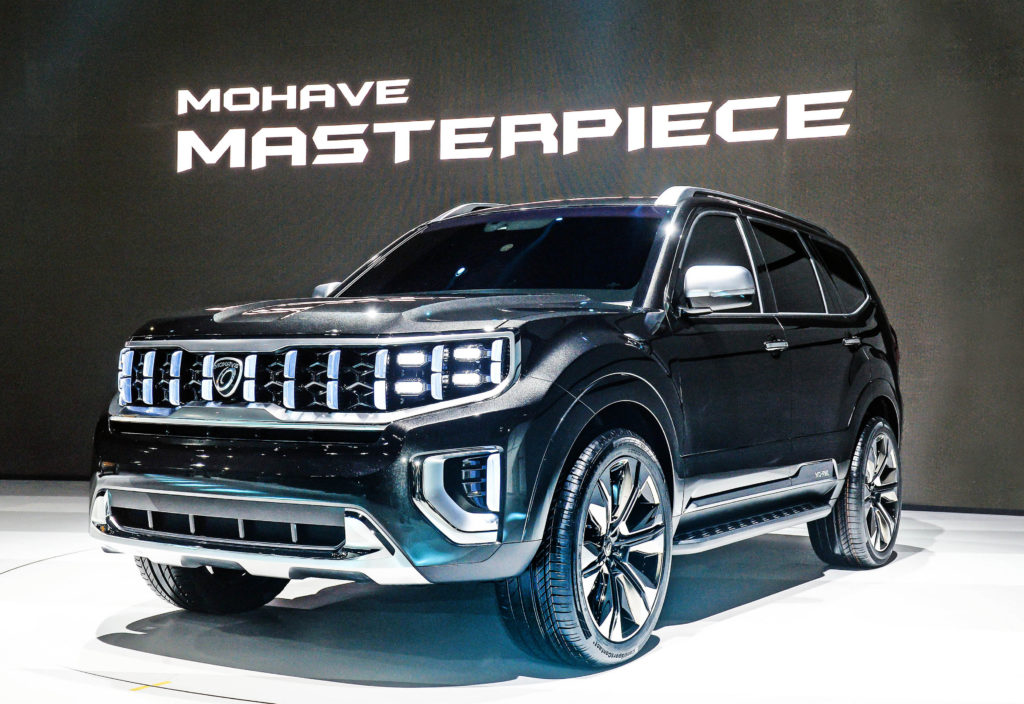 Like other recent KIA models, the exterior of the car is characterised by sculpted bodywork and bold lines. Combined with a purposeful SUV stance and raised body, and a powerful all-wheel drive system, its rugged looks are matched by true ‘go-anywhere’ capability.

The front of the car features a new incarnation of KIA’s iconic grille, the ‘tiger nose’ – yet, extended outwards across the whole front section of the concept, with no clear boundaries between grille and LED headlamps. The design of the front of the car is echoed in the rear of the car, with signature lines at both ends of the vehicle giving the car a consistent design all round.

Inside, the Masterpiece concept features KIA’s latest interior architecture, with a horizontal dashboard layout spread out across the front of the cabin. The design matches the robust appearance of the exterior of the car, aided by a large glasshouse that floods the cabin with light. Finished in a range of luxurious materials, the interior also previews KIA’s latest comfort and convenience technologies, with an adaptive mood lighting system, a 12.3-inch touchscreen infotainment and connectivity system, and the brand’s latest Advanced Driver Assist Systems. 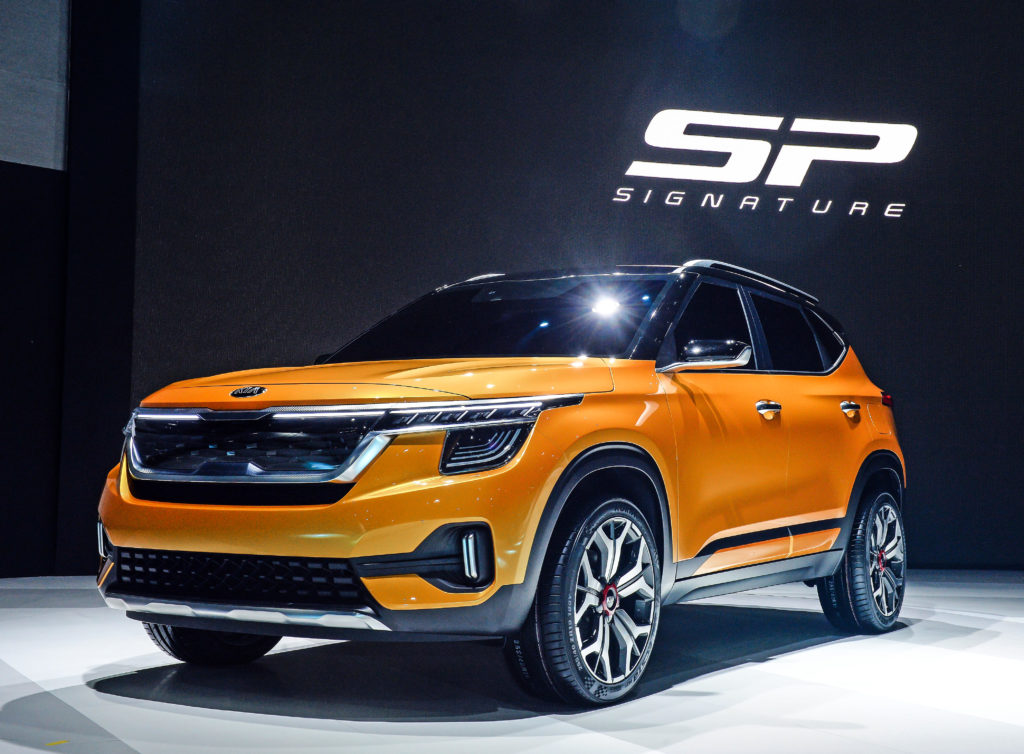 New Signature concept previews upcoming KIA compact SUV
Following the launch of the KIA SP Concept at the India’s Auto Expo 2018 in Delhi, KIA today reveals an evolution of the design with the international debut of the Signature concept.

Driven by advanced technology, the KIA SP Concept hints at the company’s plans to introduce a new small SUV for its global markets. Bold and stylish, the Signature combines sophisticated beauty, breakthrough technology, and high functionality in a smart, compact package.

With a wide grille and long hood at the front, and a rear design that emphasizes stability with wide rear lamps and bodylines, the Signature stands out on the road. At the front, its lamps are connected to the ‘tiger nose’ grille, with integrated daytime running lamps. Its strong shoulder line, with a glasshouse that tapers towards the rear of the car, lends the compact SUV an air of understated sportiness. The exterior is completed with a series of distinct styling features, contributing to the car’s contemporary, technical design. These include thin LED lamps at the front and rear, sharp lines pressed into the bodywork, and precise metallic details.

As eye-catching as the latest KIA production cars, the Signature heralds the forthcoming arrival of a model for young trendsetters. The concept previews a production-ready compact SUV from KIA, due to be revealed for the first time later in 2019. The concept’s design will also influence future models destined for KIA’s global markets. 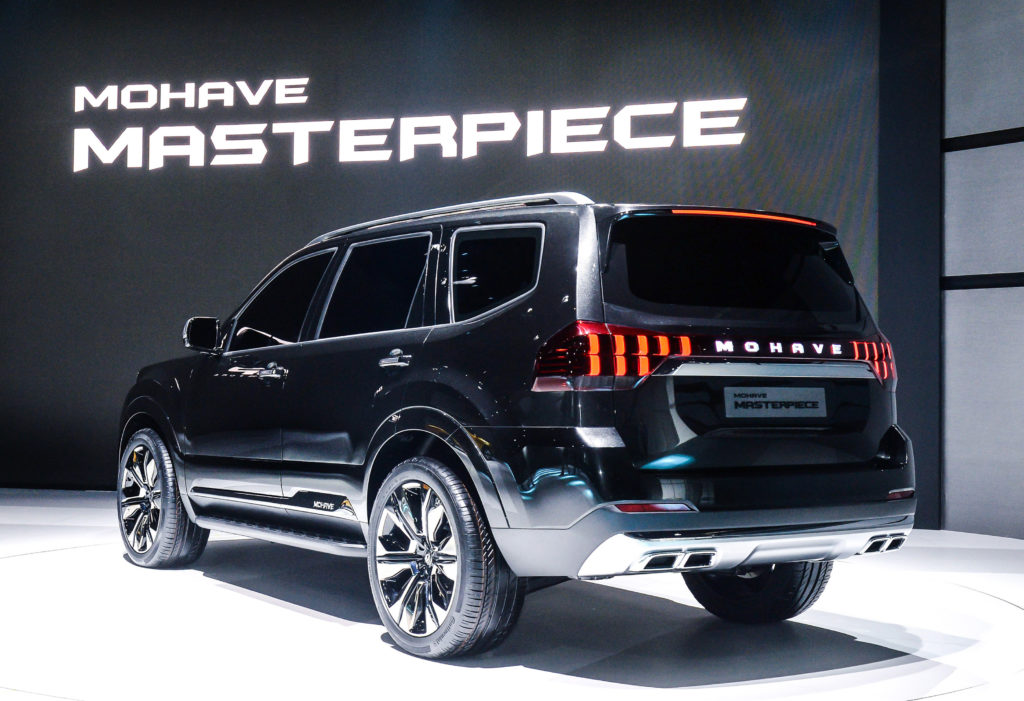 Gregory Guillaume, Vice President of Design for KIA Motors Europe, comments: “We imagined designing an all-electric car that not only answered consumer concerns around range, performance, recharging networks and driving dynamism, but one that also gave you goose bumps when you looked at it, and made the hairs on the back of your neck stand up when you drove it. That’s why our all-electric concept is designed to not only get your pulse racing, but to also signpost our holistic and emotional approach to electrification.”

A visual embodiment of the brand’s desire to move forward into the exciting world of electrification, this concept is KIA’s first pure electric four-door passenger car. Intentionally designed to sit outside the industry’s predefined vehicle categories, it coherently draws together elements of a muscular sports utility vehicle, a sleek and athletic family saloon and a versatile and spacious crossover. The ‘Imagine by KIA’ concept represents a more progressive KIA design language for the future, with intelligent reinterpretations of existing KIA motifs and bodywork characterized by a blend of tautly drawn sheet metal, crisp lines, and efficient aerodynamics.

KIA’s European design team fully exploited the chassis architecture of the powertrain’s all-electric layout to maximize cabin space and create an airy and spacious interior. In a humorous riposte to the industry’s current obsession with ever increasing dashboard screens, the concept features 21 individual ultra high-resolution screens. These curve across the top of the dashboard in a layout that is at the same time both casual and coordinated.

While not immediately destined for production, the ‘Imagine by KIA’ concept hints at interior and exterior design elements that could be adapted for future production models from the brand.

KIA R.E.A.D. – Seoul debut for Real-time Emotion Adaptive Driving technologies
KIA will exhibit a range of its latest technologies at the Seoul Motor Show, with a series of innovations developed for the post-autonomous driving era. 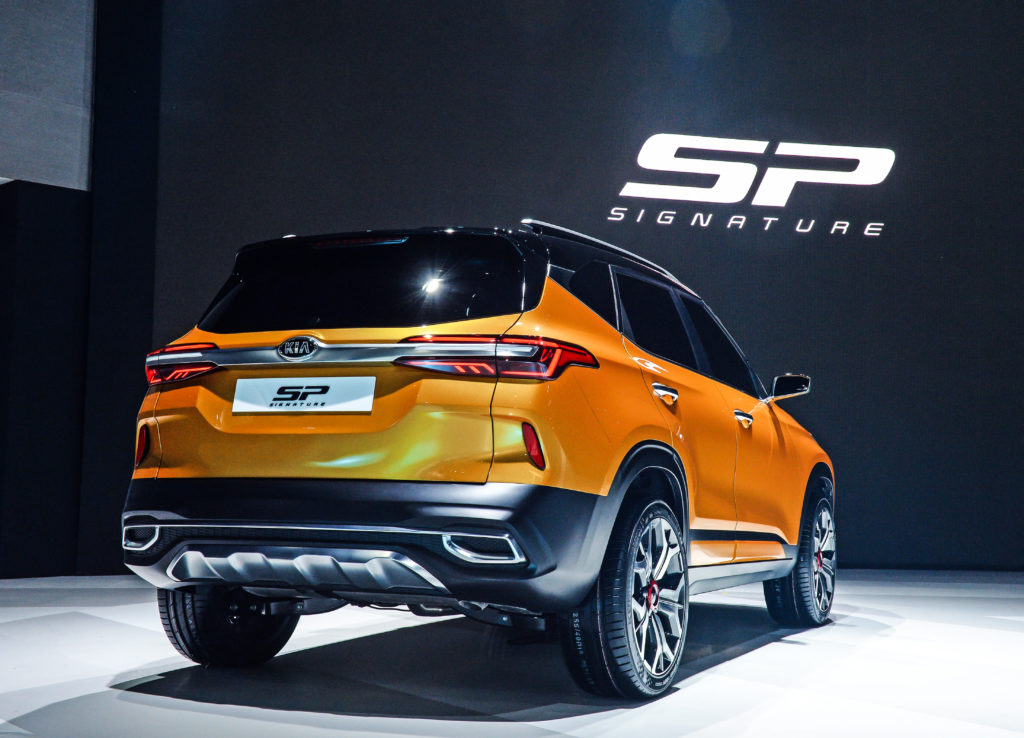 First revealed at the 2019 Consumer Electronics Show (CES) in the United States, KIA’s Real-time Emotion Adaptive Driving (R.E.A.D.) system looks to a future when autonomous driving is the norm and priority is given to improving the human mobility experience.

The world-first technology optimises and personalises the cabin, analysing a driver’s emotional state in real-time through artificial intelligence-based bio-signal recognition technology. The technology monitors a driver’s emotional state and tailors the interior environment according to its assessment – potentially altering conditions relating to the human senses within the cabin, creating a more enjoyable mobility experience. AI deep-learning technology enables the system to establish a baseline in user behaviour, and then identify patterns and trends to customize the cabin accordingly.

Another feature of the innovative R.E.A.D. system is KIA’s music-response vibration seat technology, where occupants ‘feel’ their favourite songs as they listen to them. The sensory-based signal processing technology adapts seat vibrations according to music sound frequencies. The vibration seats also feature a ‘massage’ mode to increase comfort, and can enhance safety with haptic warnings linked to advanced driver-assist systems.

Visitors to KIA’s Seoul Motor Show booth can experience the R.E.A.D. system for themselves with guided tours around the technology.