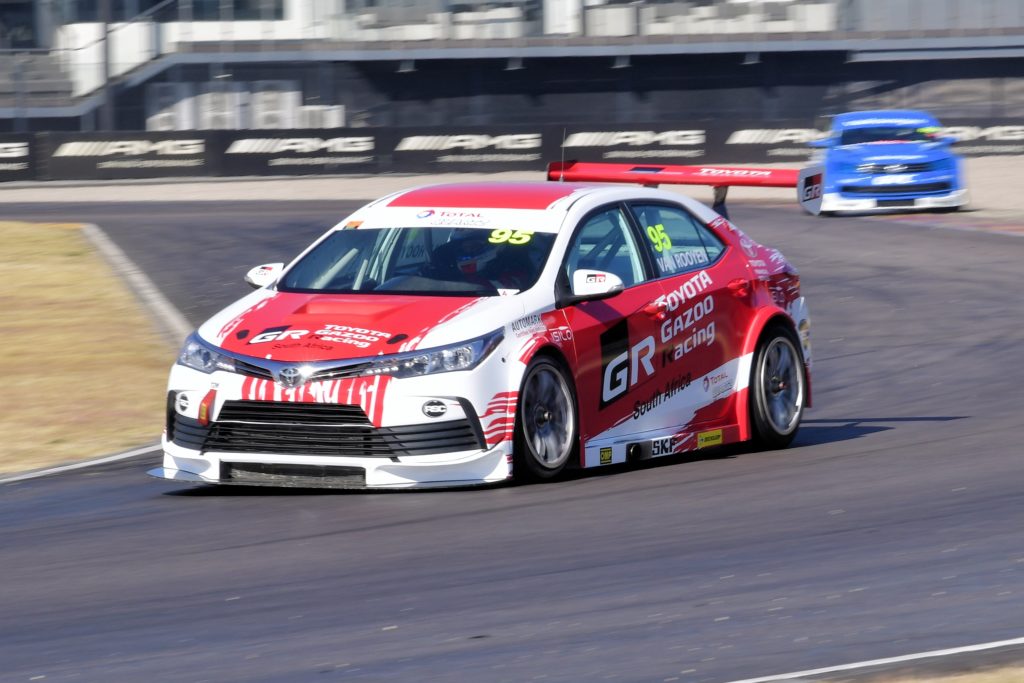 Toyota Gazoo Racing SA’s Michael van Rooyen piloted his GTC Toyota Corolla to a fifth-place finish in Race 1 of Round 5 of the championship; and added a sterling second place in Race 2. This gave the Rustenburg-based racer a decent points haul for the championship, and keeps him in the fight as the season progresses. 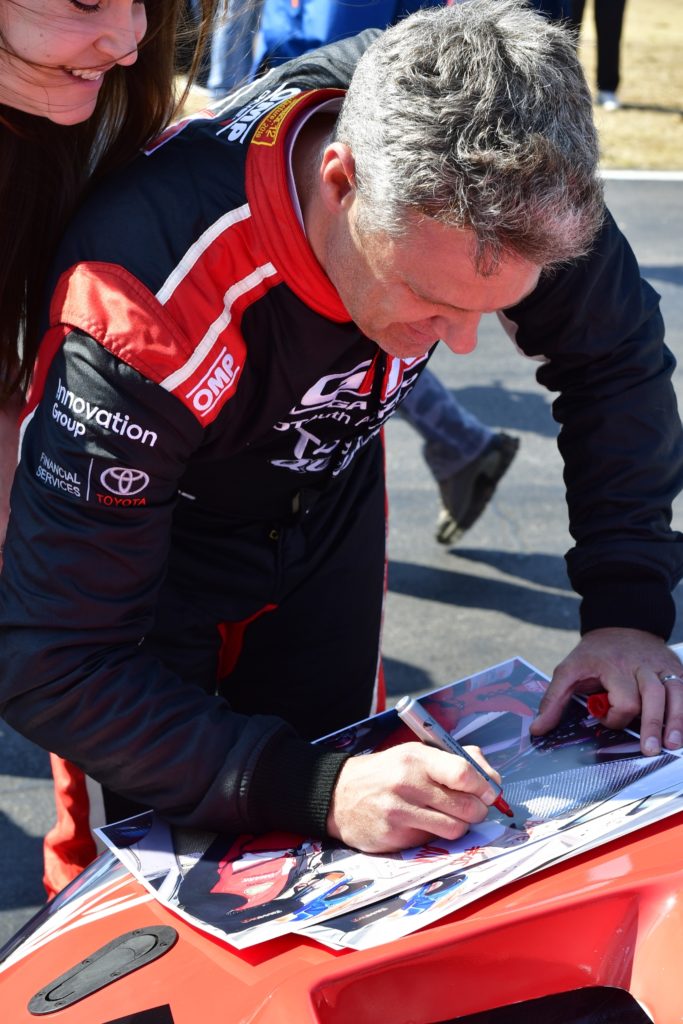 “The weekend started well for us,” said Van Rooyen after the event. “We were really quick in all the practice sessions, clocking times in the Top Three throughout. We carried this pace over to Saturday, setting the second-fastest time in the morning warm-up.”

There was an identical result in qualifying, where the Toyota Corolla driver posted the second-fastest time, missing out on pole position by the narrowest of margins. Pole went to championship leader Simon Moss (Audi), with Volkswagen’s Keagan Masters setting the third-fastest time.

“I didn’t have the greatest start for Race 1 though, and I lost one spot in the jostling around turns two and three. But then came the fast right-hander at turn four, where I braked and turned in as normal,” explained Van Rooyen. “I managed to hit the apex, but the moment I got onto the throttle, the car just understeered off the track.”

Post-race analysis of the data showed that Van Rooyen did everything as usual, pointing to a possible lack of tyre temperature as the most likely cause.

“Whatever the cause was, it cost us dearly,” continued Van Rooyen. “More cars came past us, but the distance to the leading pack also increased. I chased hard, but finished the race in fifth place, which was disappointing after such a good qualifying session.”

Victory in Race 1 went to Moss, with Masters in second and Johan Fourie, driving a BMW, in third place. 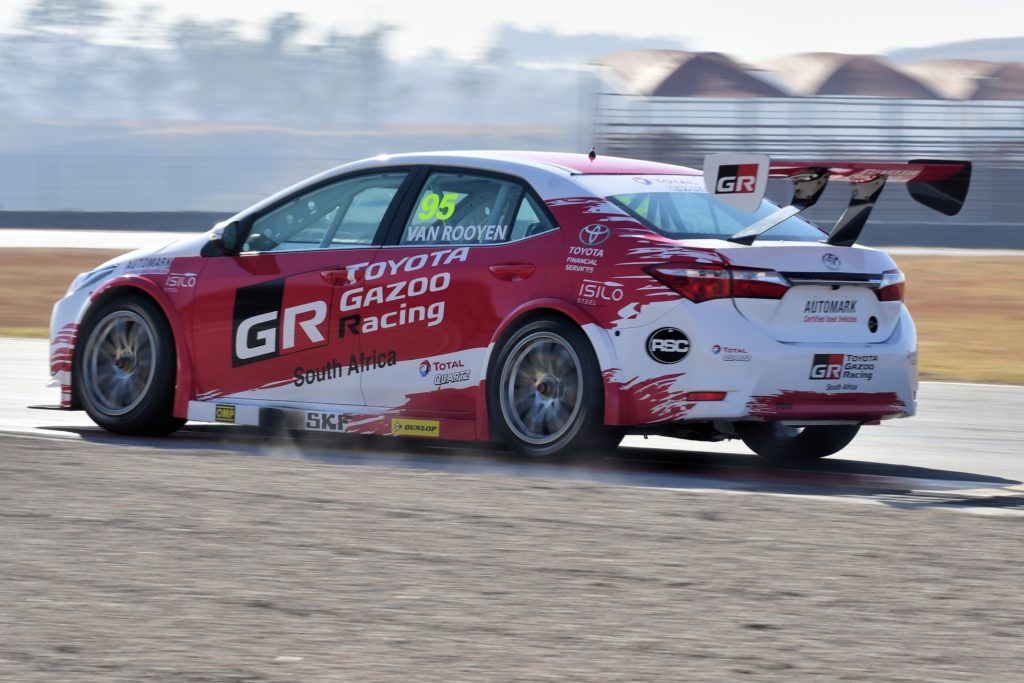 Race 2 saw the Toyota Corolla starting in fifth place, thanks to the grid being reversed, based on the results of the first race. The Rustenburger had a solid start, and found himself three abreast going through the fast turn three.

“I came off best in that particular encounter, and slotted into second place behind Robbie (Wolk),” continued Van Rooyen. “I managed to stick with him at first, but he was on newer tyres and it played into his hands by the end of the race. Still, second place was a good result, from fifth on the grid.”

So, Race 2 went to Wolk (BMW), with Van Rooyen second and Fourie taking another third place.

“Overall it was a good weekend for us,” said the Toyota Corolla driver. “We scored meaningful points, and while the points still need to be ratified for the weekend, I’m certain we’ve made up some ground in the standings.”

Next up is Round 6 of the 8-round championship, which takes place at the East London Grand Prix Circuit on August 30 and 31, 2019. 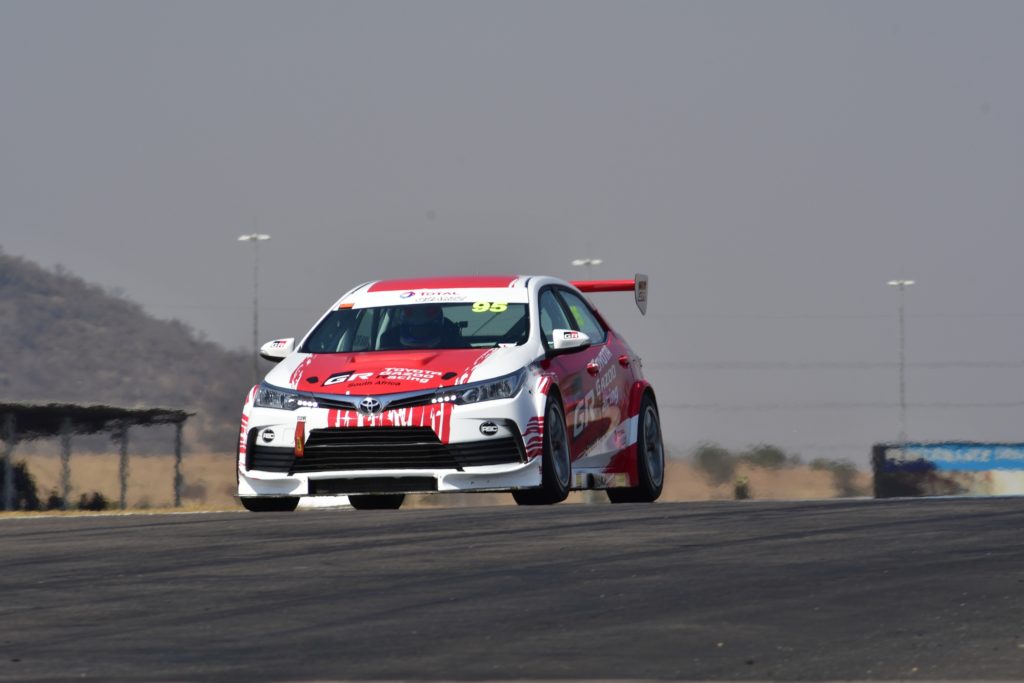 “East London is a tricky circuit, but we always enjoy a challenge,” concluded Van Rooyen. “Just a pity that we won’t have the same support that we had at Zwartkops this weekend, as many Toyota SA Motors representatives came to cheer us on. The Eastern Cape is very much an away race for us, but we’ll do our best to score maximum points there at the end of August.”