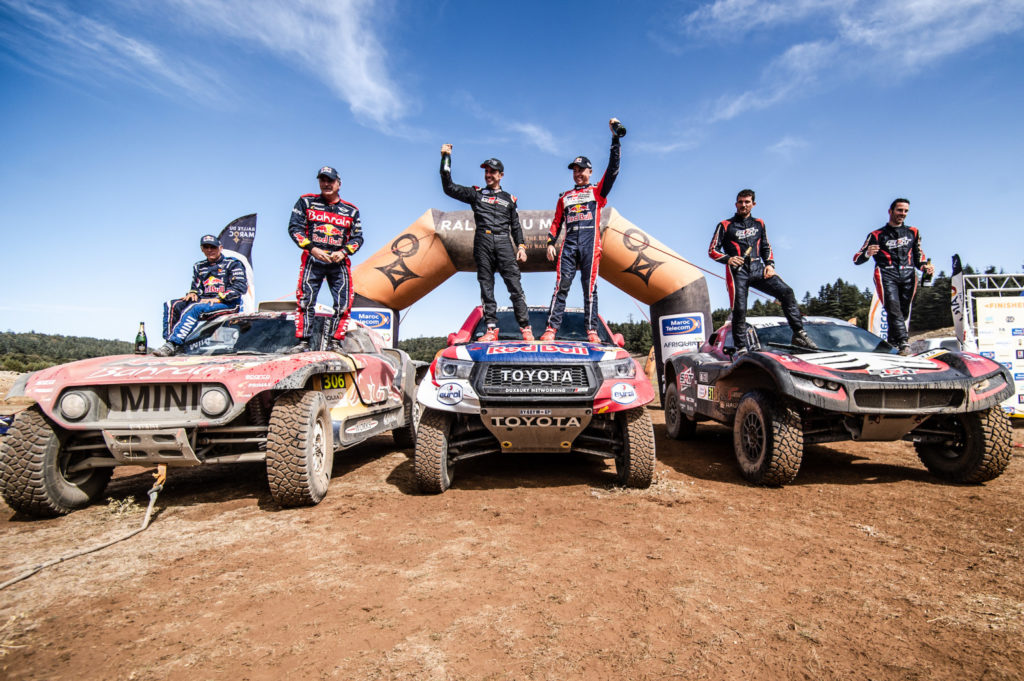 Toyota Gazoo Racing SA’s Giniel de Villiers and Spanish co-driver, Alex Haro, won the fifth and final stage of the 2019 Rally of Morocco, sealing their overall victory in the process. The pair took over the lead of the tough event during stage 4 of the rally, and fended off a charge by MINI’s Carlos Sainz and Lucas Cruz on the final stage, to bring the proudly South African-built Toyota Hilux home in first place.

In the end, there was disappointment for Sainz/Cruz, as they suffered a broken waterpipe just 20 km from the end of the stage, bringing their MINI to a halt. They were towed out by a fellow competitor, but ended up trailing De Villiers/Haro by 17min 42sec in the final classification. Frenchman Mathieu Serradori and co-driver Lurquin Fabian (Belgium) occupied the final podium position in their South African-built CR6 buggy.

“It is really nice to win again, here in Morocco,” said De Villiers after bringing the Toyota Hilux to a halt at the end of the final stage. “I’ve won this race three times before, but it has been a long dry spell, and I’m ecstatic to be on the top step of the podium again.”

He was also quick to thank the team for preparing the car, which never missed a beat during the five racing stages, but he reserved special praise for his new navigator, Haro: “I’m really glad for Alex as well. He did a great job in the car, and I’m sure this victory will give both of us confidence as we continue to prepare for the Dakar Rally.”

Team Principal, Glyn Hall, was overjoyed by the win, despite the disappointment of losing Nasser Al Attiyah and Mathieu Baumel from the lead of the event during stage 4. “Yes, that was a big blow to our campaign,” he said, “but for Giniel and Alex to come through and seal the deal is simply superb.”

Further back, teammates Bernhard ten Brinke and navigator Tom Colsoul endured a tough time during the event, losing a mass of time after hitting an unmarked ditch at high speed during stage 3. They bounced back on the final stage, however, posting the second-fastest time of the day, just 26sec behind De Villiers/Haro, and finished the rally in 20th place. 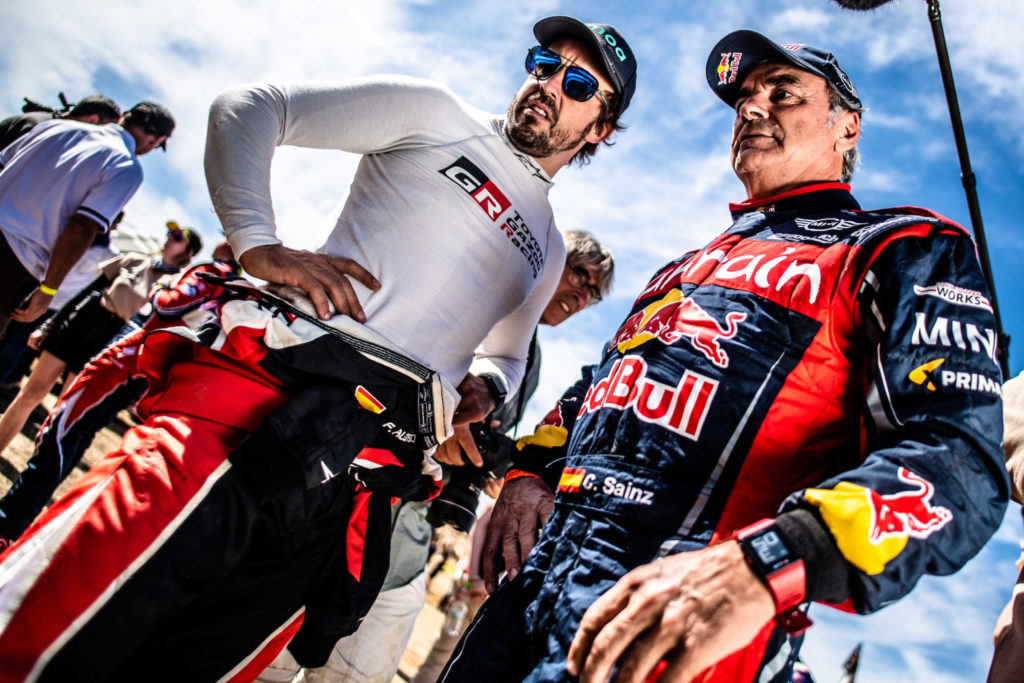 The final stage also brought a clean run for TOYOTA GAZOO Racing’s Fernando Alonso and Marc Coma, who posted the 8th-fastest time, and was classified in 21st place in the overall standings. The pair will continue their training with the team, with an eye on a possible entry to the Dakar Rally in 2020.

Next up for the Toyota Gazoo Racing SA team is the final round of the South African Cross-Country Series (SACCS), which takes place in the Free State town of Parys, on the weekend of 1 and 2 November, 2019.