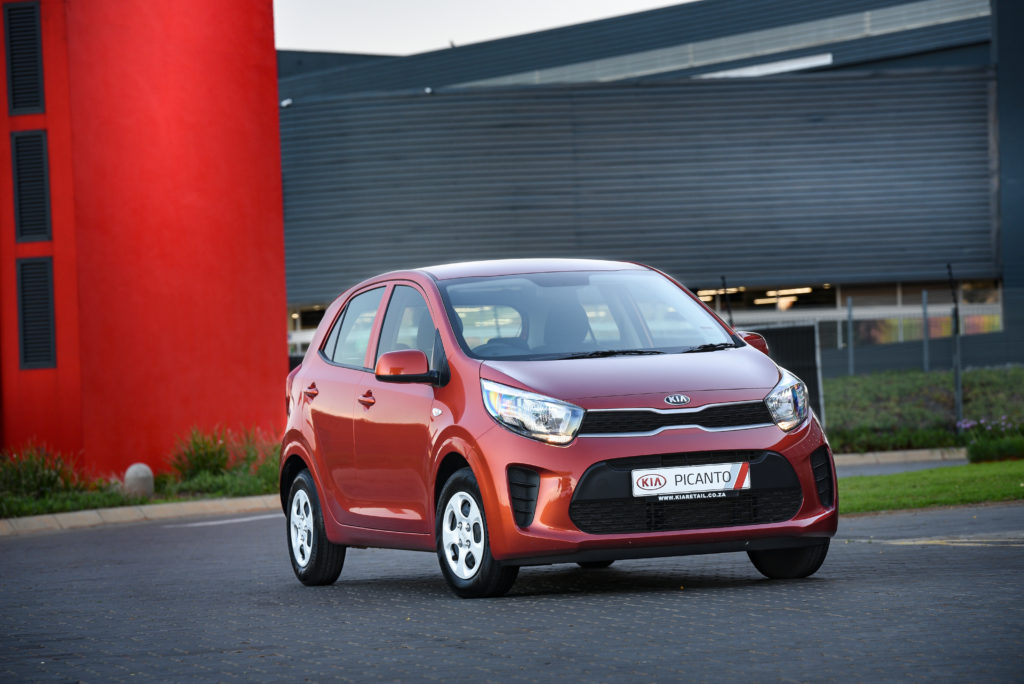 KIA Motors South Africa has revised its local Picanto line-up to include more features, and even more value for money, in its evergreen city car. A perennial favourite among the young and young at heart since the first-generation model debuted in 2003, the current, third-generation model made its South African debut in July 2017. Along with the KIA Sportage, Picanto remains one of KIA’s most popular models globally and in South Africa.

“The current KIA Picanto has been a great success for the KIA brand ever since it launched locally in 2017,” says Stephen Crosse, Sales Director, KIA Motors South Africa. “A consistent achiever in the sales charts, it’s also been recognised by industry experts and members of the press as one of the best cars you can buy in the entry-level A-segment. We are very excited about the revisions made to the line-up for the 2020 model year.” 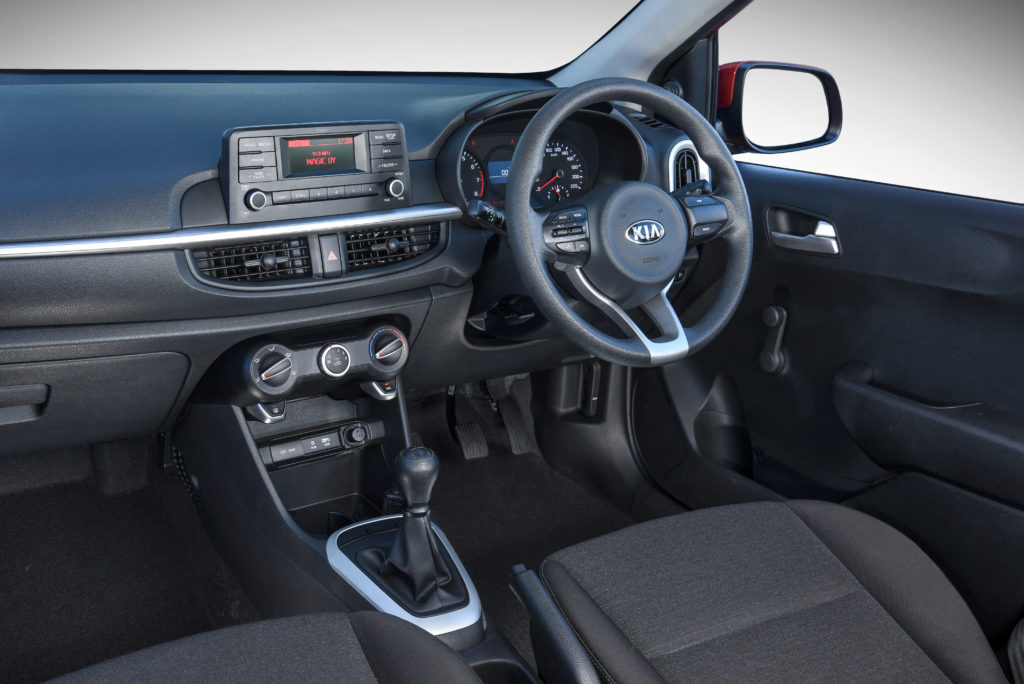 Let’s get it STARTed
For the 2020 model year, the most notable revision is the addition of a front passenger airbag and an Anti-Lock Braking System (ABS) to the entry-level START derivatives. The addition means that two front airbags and ABS is now a standard feature across the Picanto range, as is ISOFIX child seat anchors.

The Picanto remains the safest A-segment vehicle KIA Motors has ever built, with 44% of its bodyshell cast in Advanced High-strength Steel (AHSS). This super-strong steel has been used specifically to reinforce the Picanto’s floor pan, roof rails, A- and B-pillars and engine bay, strengthening the core structure of the car. Overall, 67 metres of joins throughout the body structure is also reinforced with structural adhesive, improving the Picanto’s torsional stiffness by 32% over its predecessor.

“Various safety tests have proven that the Picanto’s expertly engineered safety shell makes it one of the safest cars you can buy in its segment,” comments Stephen Crosse. “With the addition of a second airbag and ABS brakes in the START models, the entire Picanto range is now up to date on safety specification.”

Other standard features across the START range include power steering, an adjustable steering column, manual air-conditioning, as well as a radio with RDS and MP3 capability, Aux and USB connector jacks, Bluetooth connectivity and two speakers, to name but a few. The Picanto START retains its 13-inch steel wheels with stylish wheel covers.

The Picanto START will henceforth only be available with KIA’s trusted, reliable and fuel-efficient 1.0 MPI engine, with a choice of 5-speed manual or 4-speed automatic transmission. The three-cylinder engine produces 49 kW at 5 500 r/min and 96 Nm torque. 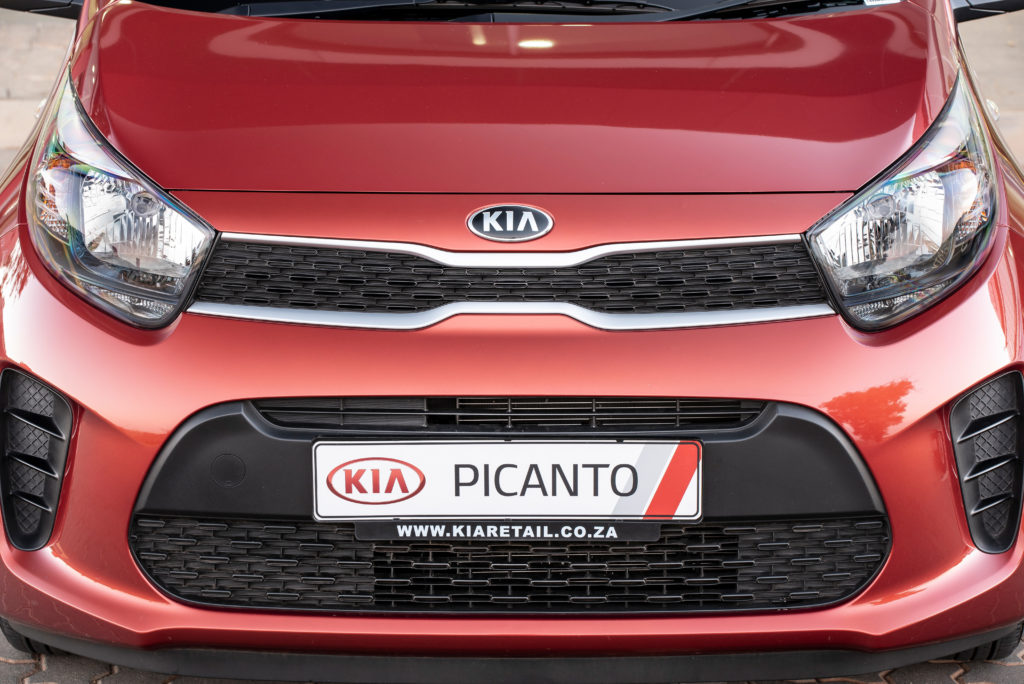 Word on the STREET
Presenting the next step up in the Picanto grade walk, the Picanto STREET has always offered a notable mix of features and value for money. Using the Picanto START as a base, the STREET models also featured additional specification such as electric front windows, steering wheel-mounted audio remote controls, remote central locking with an alarm and immobilizer, as well as driver’s seat height adjustment. All of these features remain standard, but the STREET also gains notable new features for the 2020 model year.

The most notable addition to the STREET range is the standard inclusion of an infotainment system with 8-inch colour touchscreen. Previously only available on the range-topping SMART models, all models from STREET upwards now feature infotainment, including the safety and convenience of Apple CarPlay and Android Auto. In addition, the Picanto STREET now also features electric windows front and rear, as well as electric heated side mirrors. The car’s 14-inch steel wheels gain a newly-designed plastic wheel cover.

“Affordability does not have to equate to a compromise on convenience features,” says Crosse. “With its added features, most notably the upgraded infotainment system, the Picanto STREET now offers budget-conscious customers an even more complete option.”

Always in STYLE
Stepping up, the the revised Picanto STYLE models feature all the safety and convenience features of the Picanto STREET, but presents a buyers with a more stylish offering thanks to the addition of a leather-clad three-spoke steering wheel with audio remote controls and a leather-clad gear shifter. Side mirrors now feature integrated indicator lamps, and also gain electric folding capabilities. The Picanto STYLE also features 14-inch alloy wheels.

The SMART choice
With so many consumers opting to scale down into a smaller car for the daily urban commute, the range-topping Picanto SMART has always been the go-to urban runabout. With many luxury and convenience features that are often found only in cars priced much higher, the Picanto SMART offers a solution without compromise. Its funky LED daytime running lights, sporty alloy wheels and full-leather interior has set it apart in the A-segment.

“The Picanto SMART has always punched above its weight with its high levels of standard features,” comments Crosse. “Customers who have purchased the SMART absolutely adore their cars, but have also given us insightful feedback on what is really needed, and what is not. This feedback is crucial to our product planning process.”

This customer feedback showed, for example, that infotainment and connectivity is most important in an urban runabout. As such, some of the Picanto SMART features – such as park distance control and its reverse camera – have been discontinued for the 2020 model year. A solution for both these features are available through KIA Accessories to customers who require such features. A sunroof – previously available only as an option – is now standard across the range.

The Picanto SMART will henceforth only be available with the 61 kW, 122 Nm 1.2-litre MPI engine, with a choice of 5-speed manual or 4-speed automatic transmission. 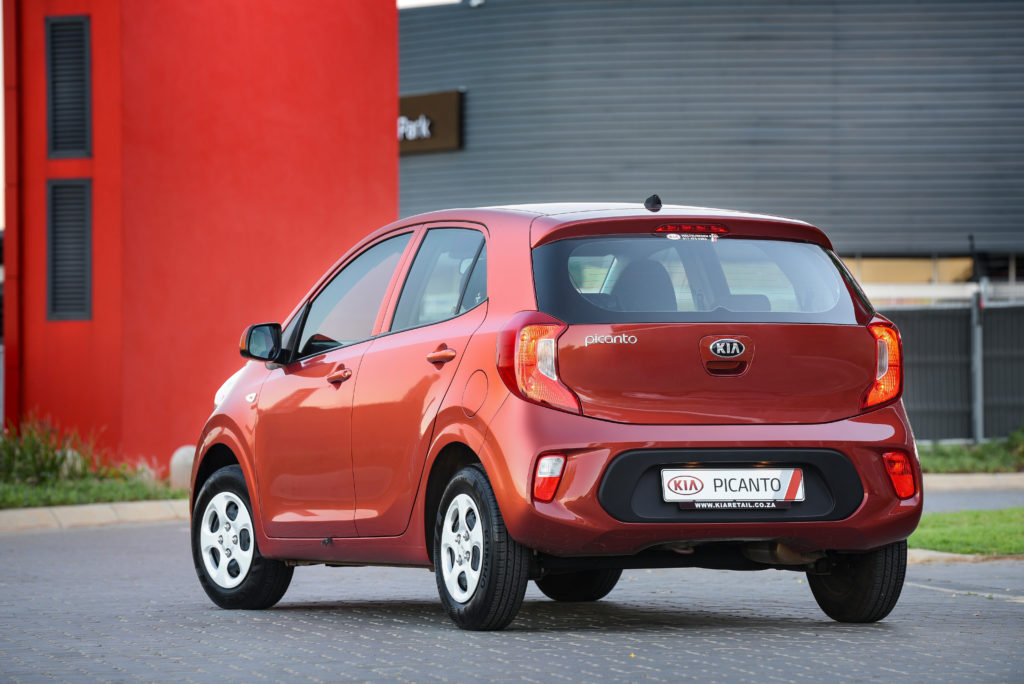 The time to Get In
“In tough economic times where the pressure on affordability is not letting up, the revision of the Picanto range for 2020 brings a significant value offering to the market,” says Crosse. “Picanto has always been ahead of the pack with its amazing looks and incredible build quality. With more features where it matters, and even more significant value for money, Picanto is once again at the top of its game.”

All Picanto models ship as standard with KIA’s industry-leading Unlimited Kilometre, 5-year warranty (inclusive of Roadside Assistance), as well as a 2-year / 30,000km service plan. The 2020 KIA Picanto range is on sale immediately.

Be the first to comment on "More reasons to Get In. Meet the 2020 KIA Picanto."