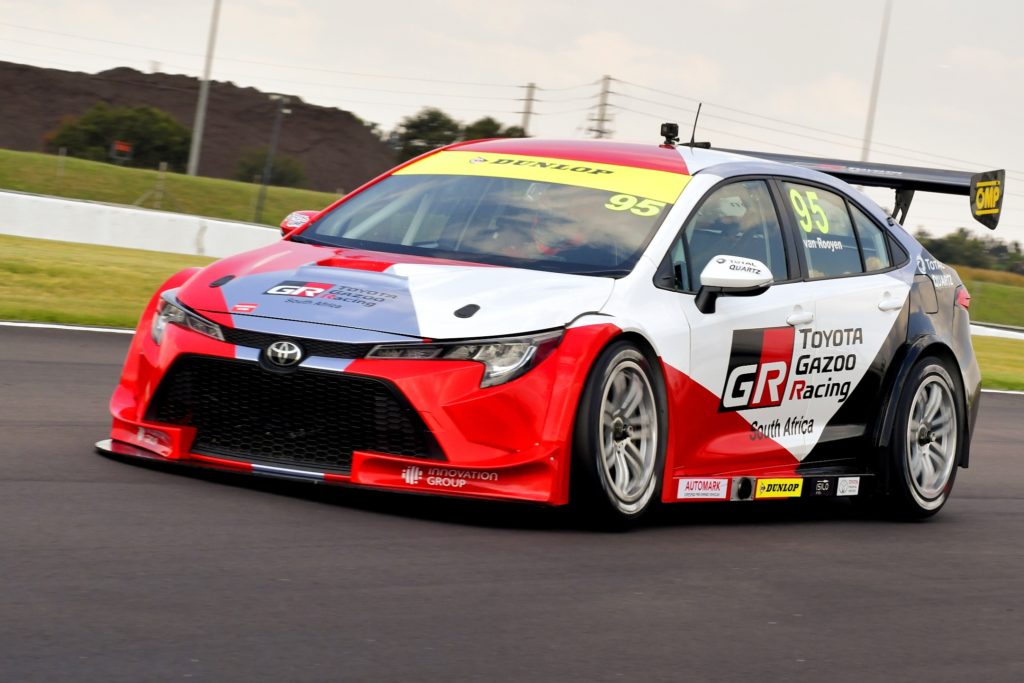 ZWARTKOPS, PRETORIA – It was a solid weekend of racing for TOYOTA GAZOO Racing SA’s Global Touring Car (GTC) team at Zwartkops, with Michael van Rooyen recording his second victory of the year during Round 2; and Mandla Mdakane finishing in second place during the second race of the weekend. 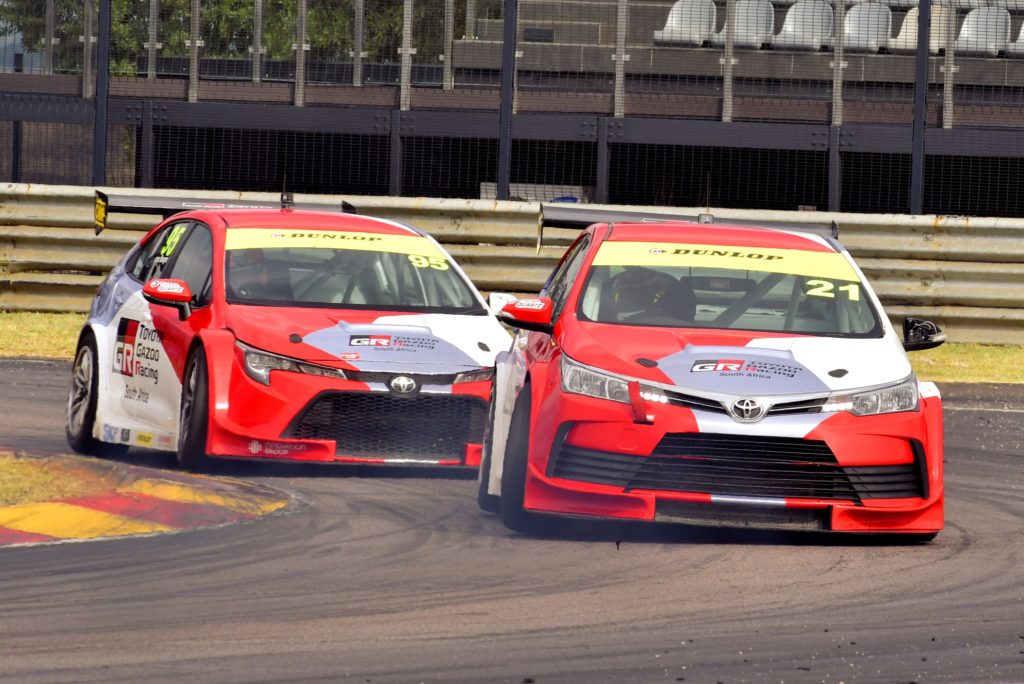 The two Toyota Corolla drivers made the most of their home race, and despite a tricky practice session on Friday, both Van Rooyen and Mdakane delivered when it came to the race.

“Our weekend got off to a strong start with the qualifying session,” said Van Rooyen after the weekend. “We struggled a bit during practice due to old rubber, but pulled everything together for qualifying, putting the GTC Corolla on pole for race one.”

Mdakane also improved significantly from the first practice sessions to qualifying, and despite his Corolla losing a small amount of power due to an electronic issue, he managed to match the pace of the field.

Van Rooyen used his superior qualifying position to the maximum, leading from flag to flag, despite plenty of pressure from the rest of the field. This was his second victory for the year, while Mdakane went on to finish fifth in the first race.

For race two, the grid was reversed, giving Mdakane the opportunity to attack. The Johannesburger made the best of his track position, and brought his Corolla home in second place.

“Knowing that we were racing with a small power deficit, I really concentrated on managing the car during the race, and maintaining my track position,” said Mdakane. “The tyres were really worn by the end, but I’m pleased to have scored a second podium for the team, and the points may prove valuable later in the season.” 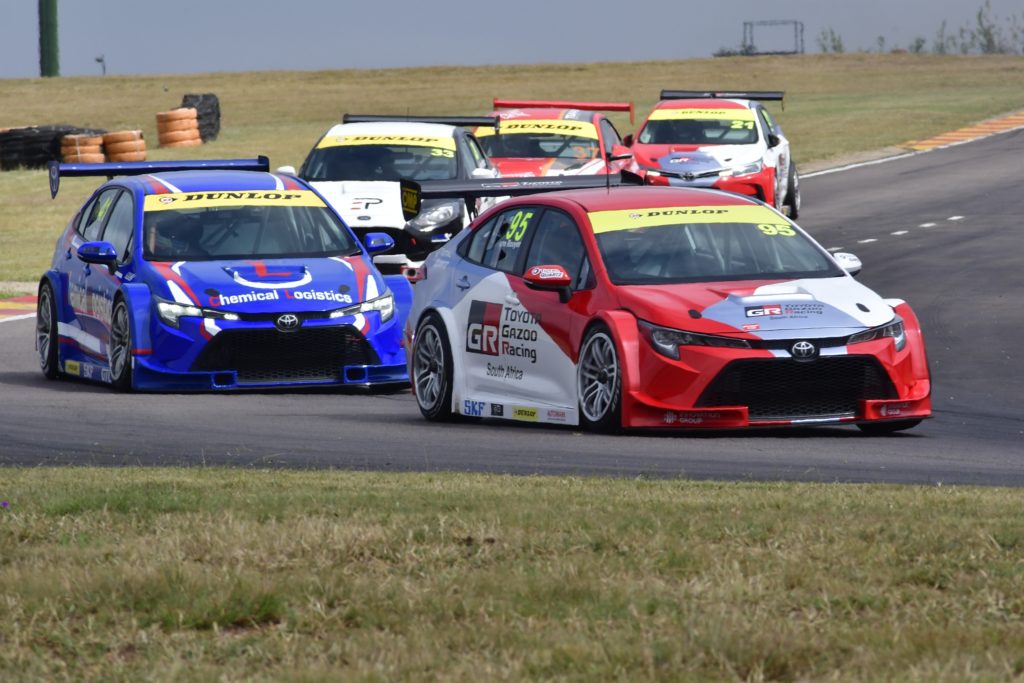 At the same time, Van Rooyen launched an attack from the back of the grid, pushing hard to better his track position. He passed two competitors before a safety car was brought out, temporarily halting his progress. But then the safety car period ended, and Van Rooyen was back on the attack.

“In the end, it took some fancy footwork, but I managed to squeeze past fellow Corolla driver Robert Wolk, to finish in third place,” said Van Rooyen. “Obviously, I’m delighted to have finished on the podium, and this result places me one point ahead in the championship.” 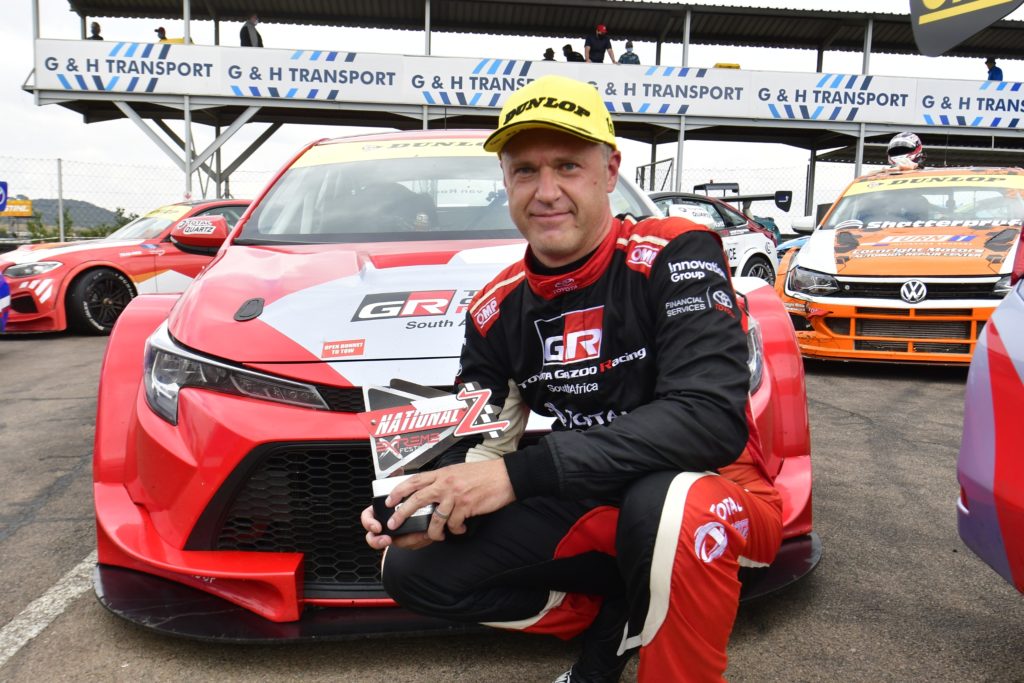 The two Toyota Corolla drivers each made a meaningful impact on the championship, and will be looking forward to Round 3 of the 2021 GTC championship, which is set for the weekend of 28 May in Port Elizabeth.