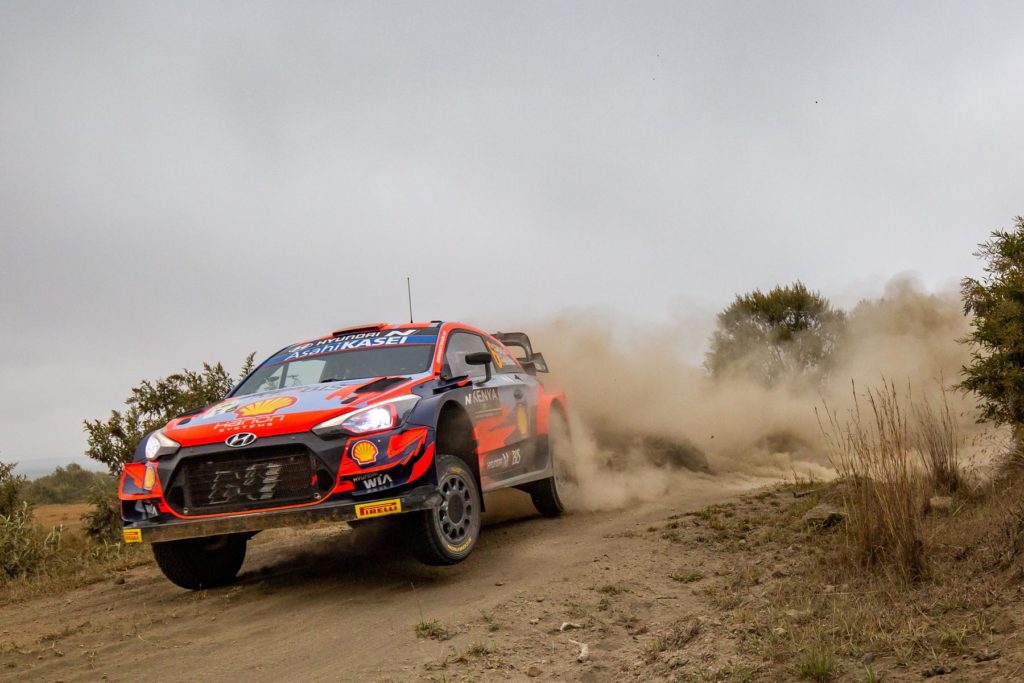 Hyundai Motorsport endured a heart-breaking final day at Safari Rally Kenya as rally leaders Thierry Neuville and Martijn Wydaeghe had to retire from the event in Sunday’s opening stage.

The Belgian crew had built up a 57,4-second advantage heading into Sunday morning, but suffered a broken rear-right damper in the 11,33-km Loldia special stage. Despite getting the car to the stage finish, and retaining the rally lead, the damage was too great for the crew to continue.

Ott Tänak and Martin Järveoja’s third place on the podium brought some consolation for Hyundai after they were hampered on Saturday afternoon’s wet final stage. It was their first podium finish since taking victory in February’s Arctic Rally Finland.

For Dani Sordo and Borja Rozada, who retired on Friday after hitting a rock in the third special stage, the focus was on making it safely through the final stages and battling for extra points in the Power Stage. A committed drive from Tänak scored the maximum points on offer in the repeat run through Hell’s Gate, while Sordo took an extra point for the fifth-fastest time. 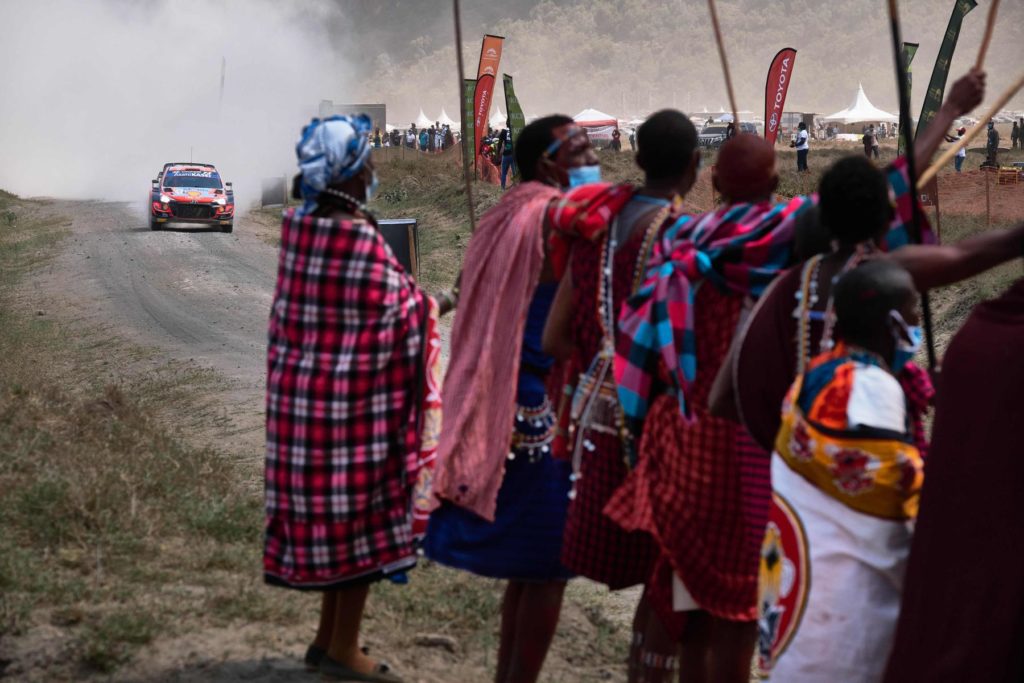 Overall, Safari Rally Kenya delivered an unrelenting challenge to crews and teams with punishing stages, unpredictable conditions and surprises at each turn. Unfortunately, despite negotiating the rugged and rutted terrain on Friday, and a sudden downpour on Saturday afternoon, it was ultimately another frustrating weekend for the two-time defending manufacturers’ champions. At the halfway point of the championship, Hyundai Motorsport holds second place in the manufacturers’ classification, 59 points from the leaders.

Crew notes – Ott Tänak/Martin Järveoja:
“On the one hand, it is good to be back on the podium and to take maximum Power Stage points, but this has been another difficult weekend for the team,” said Tänak. “My approach has been to drive at 50 to 60% of my maximum, to not make mistakes and to be as smooth as possible. Friday was demanding, just as Safari Rally needs to be, and it was like that again this morning.

“It has been an impressive event, and enjoyable to do something different and unique, for instance, the fesh-fesh on Friday, which was very challenging and like an adventure. It is a shame for Thierry that it didn’t work out for him. We now head back to Estonia, my home event, which should be fun.”

Crew notes – Thierry Neuville/Martijn Wydaeghe:
“This is a big disappointment, not just for me, but for the whole team. It’s a tough time at the moment, as a team standing together, retiring from the lead for the third rally in a row. Basically, we came to a very slow corner, and at the exit suddenly I felt something break on the car,” said Neuville.

“We tried to finish the stage, but after investigation we saw the damper had exploded, and we had to stop there. We knew this would be a tough event, but we were prepared for it and did the job – Martin and I in the car, the mechanics, everyone. I felt comfortable in the car, we were fast and controlling the speed throughout the event, so there are lots of positives to take away.”

Crew notes – Dani Sordo/Borja Rozada:
“It has not really been a good weekend for us. We had our problem on the first day, and we lost all of our possibilities to fight for a strong result then,” said Sordo. “After that, we hoped Thierry and Ott would be able to take some points, but it was unfortunately not straightforward. As a team, we are going through a bad period, but I am sure things will change.”

Team principal Andrea Adamo said: “This is the third rally in a row in which we have had problems, so it cannot be considered bad luck. There are no excuses, it simply should not happen. We have to understand what is going on. We have the same parts as we used last year, in events such as Turkey and Sardinia we have improved the performance, but we are lacking in reliability, and we need to understand why.” 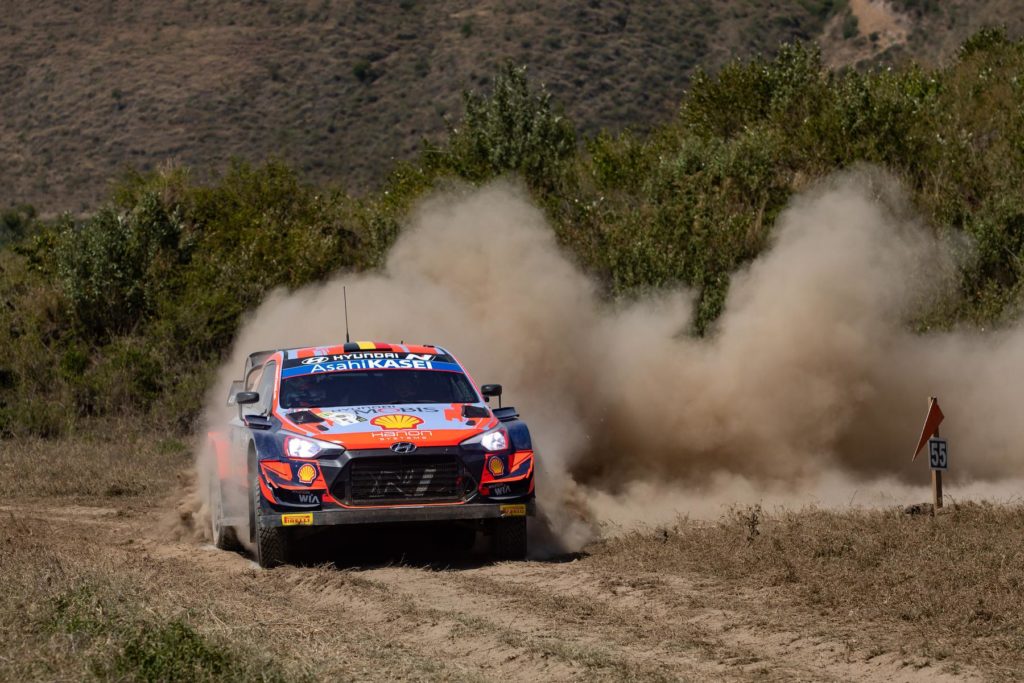 Next rally
The 2021 FIA World Rally Championship moves onto Rally Estonia for round seven, taking place from July 15-18. Last year Hyundai Motorsport registered a 1-2 finish in Estonia with Tänak and Craig Breen. This year Breen will return, joining home hero Tänak and Thierry Neuville in the Hyundai i20 Coupé WRC cars.

Be the first to comment on "Heartbreak for Hyundai in Safari Rally Kenya, and 3rd place as consolation"