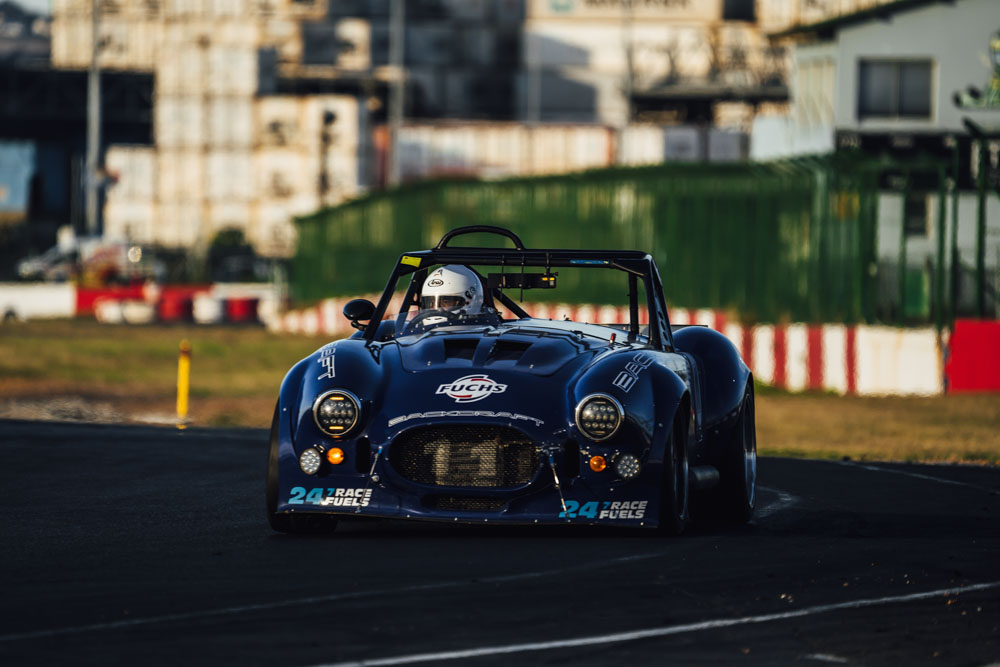 The Backdraft Bafanas – the semi-official name for Backdraft Racing’s motorsport advancement initiative – put in a classy performance at the Cape Nine Hour on Saturday, December 11 to bring their V8-engined Cobra racer home in 17th position overall and a fine fourth in class E.

Despite no prior knowledge of the track and only two of the drivers having previously driven the car, all four members – Xolela Njumbuxa, Kwanele Letlaka, Fikile Holomisa and Bapi Rubuluza – stepped up to the plate come Saturday. They experienced a largely trouble-free run, the only issue being a differential failure in the second hour. Despite this costing over an hour of lost track time, such is the nature of endurance racing that an early mishap definitely doesn’t mean one should give up.

Thanks to Backdraft’s technical team the stranded car was soon back in the pits and a diff transplant underway. Letlaka took the wheel from Xolela and headed back out. Although now some 50 laps down, the strategy remained the same: steady as she goes. 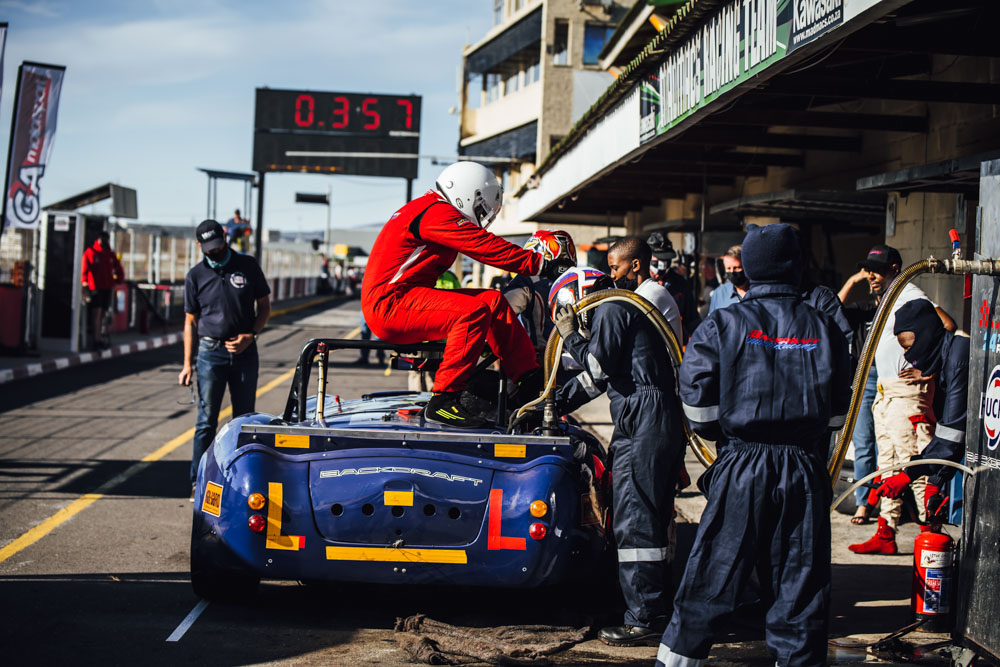 After a brisk 80 minute stint Letlaka pitted, and in an impressive display of dexterity, swopped seats with Holomisa while the tanks were being refilled. Holomisa – the least experienced of the quartet in terms of formal motorsport experience – stayed out of trouble during his 80 minutes at the wheel before handing over to Rubuluza.

Both Letlaka and Njumbuxa (at 21 definitely the baby of the team) drove a second stint, a decision based on them having raced the car in the Cape Border Four Hour at the beginning of October.

At one stage the dark blue 300 kW/1 000 kilogram machine were as high at 15th, slipping slightly to be classified 17th after nine intense hours, and hanging on to their fourth of the Cobras to repeat their result from East London.

The last 90 minutes was a nail-biting affair, with Njumbuxa at the wheel for the longest stint. The arduous nature of the race was definitely taking its toll, with expensive German and Italian machinery limping around, while the #11 Cobra continued to snarl happily.

When the flag dropped there was jubilation in the pits, high fives and broad grins all round and the realisation that perseverance had paid off.

“Seeing all of them working together as a well-oiled team just made me feel so proud,” said Tony Martin, Backdraft’s founder and one of South Africa’s motorsports icons. “Each driver and our support crew showed me how a motivated novice team can overcome all odds! It is a project that Backdraft is keen on continuing to oversee in the future and hopefully create awareness about the sport and the business opportunities it creates in many areas – not just the driving!” 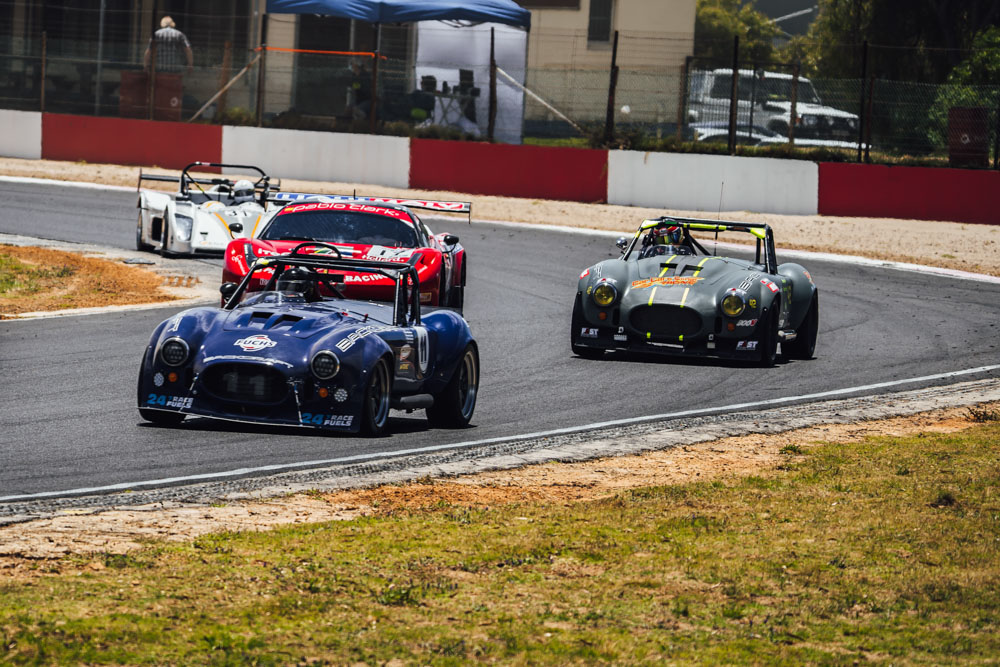